Three former Rams have signed professional contracts and will battle for spots on NFL rosters this coming season. 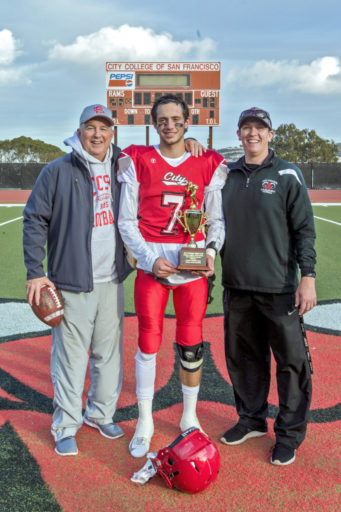 Pacifica native, quarterback Anthony Gordon led the Rams to their most recent national championship in 2015 before transferring to Washington State University (WSU). In his lone season starting for the WSU Cougars in 2019, Gordon threw for 48 touchdowns, second only to Heisman Trophy winner and top overall NFL draft pick Joe Burrow. He signed with the Seattle Seahawks on April 25, where he will be backing up star quarterback Russel Wilson.

Gordon’s former teammate Easop Winston Jr., who grew up in San Francisco, will be taking his talents to the Los Angeles Rams on April 25. Winston Jr. joined Gordon at WSU after winning a national championship with him at City College. The two connected for 23 touchdowns in their two seasons playing together at City College and WSU, and Winston Jr. added additional 20 scores over the rest of his college career.