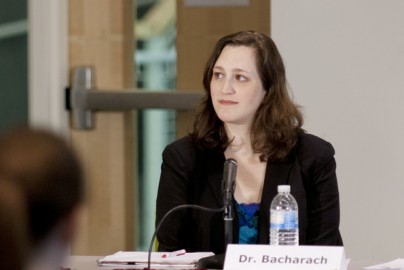 By Ivan Huang
The Guardsman
Why do you want to be a trustee right now, in the middle of this accreditation crisis?Well, I started running almost a year ago. My goal, my motivation for running initially was I basically went from high school dropout to Ph.D. in less than 20 years.I feel like I’m a walking example of all the opportunities higher education gives to people, so I really wanted to make sure that City College stayed available and accessible and affordable to everybody in San Francisco.

Once the accreditation report hit, I felt more encouraged to run as opposed to less encouraged and only because I feel this is so important for the city.

What does your experience bring to the table?

I do outcome measures. I live, eat and breathe data driven decision making, which is exactly what the accreditation board is asking for. I’ve also been an adjunct professor for seven years.

I bring a faculty perspective, and while I was in graduate school getting my Ph.D., my school went through a similar accreditation process that City College is going through now. At the time I was a student government representative for 7 campuses, 2 of them international, so I’ve worked with the board president, I was basically the voice of the students during that process. I feel like I have a very unique combination of experiences.

What’s your connection to City College?

Is it daunting to represent a school of about 90,000 students?

What happens if Prop 30 or Prop A don’t pass?

Honestly, I think that our decisions, our actions, our behaviors have to be the same whether Prop 30 or Prop a pass or not. I’m strongly encouraging people to vote for both, because it is surely needed.

What’s on your iPod right now?

I listen regularly to Pink Martini, a lot of indie stuff, and Train, of course.

It’s Capricorn but I have no idea what that means

Do you read the Guardsman?

I do occasionally. I didn’t start reading it until I was running for the College. I love the writing.

Since you’re from Philly, what is your favorite place for cheese steak?

It really burns my buttons to hear people fight over Pat’s or Gino’s, because I think they both really stink. I think their both tourist traps and really awful. I usually go,when I’m in town,  I go to either Jim’s on South Street (in Philly) or Tony Luke’s.

What did you study in community college?

I took a number of general education classes, so I think I did all my science requirements and my math requirements, things that I knew would transfer to my four year school

What are your hobbies?

Well I compete in a monthly cupcake baking competition. I love baking, it’s called the “Iron Cupcake.” It’s on the last Monday of every month, so I love baking, I love cooking, although I haven’t had a lot of time to do any of that.

I’m passionate about traveling, so I’ve traveled pretty extensively around the world. I’ve lived in Mexico City, and I’ve lived in France, so I love travel. So I think in that capacity, I have a weird fascination with maps and cartography, so I like studying that as well, as well as language and culture and things like that.