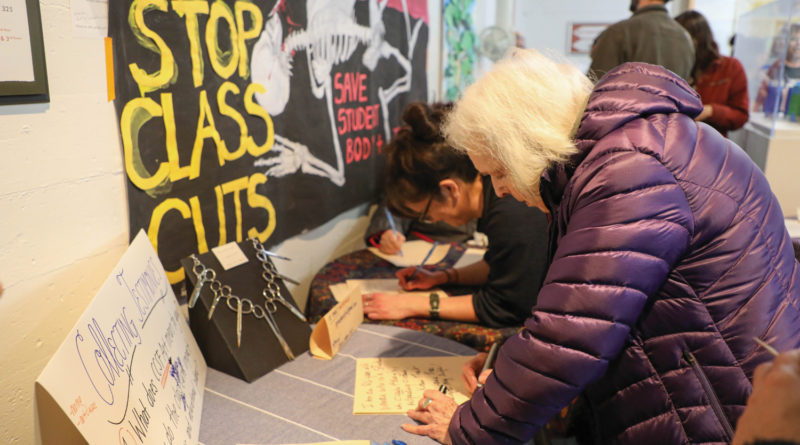 By the Fall semester of 2019, many classes and programs had been cut from City College including the Metal Arts program which is described on their website as, “rigorous while remaining very popular.”

The Metal Arts Program is part of the Art Department in City College and is the only public institution in the Bay Area which offers jewelry, lost wax casting, and metal arts classes with a well-equipped studio. In addition, the program teaches students how to manage their hand-eye coordination.

Jack da Silva, Chair of the Metal Arts program has been teaching Metal Arts since 1973 and has been with the college for approximately 20 years.

“It is rather frustrating how Metal Arts had been cut. We deal with science, technology, engineering in this college. As far as art goes, we deal with personal aesthetics so each student can develop their own. The course teaches the history of art which opens the door to so many opportunities. We never had problems filling our classes,” Silva said.

“I am really devastated because I had just discovered the program and found an amazing passion for the art to the point where I am considering moving forward with it as a career. So not being able to have access to those classes is really putting a damper on the dream. Private schools are very expensive and I can’t afford that,” Danielle Jackson said. “We have been protesting and getting the word out as much as they can. It is so awful because City College has always been a community based program, and its mission is to create accessible classes for poor working class people, who didn’t have prior education, elder folks, and all kinds of people.”

Ted Redmond, 48hills founder, expressed his dismay at the loss of the Metal Arts program in an article titled The Death of Metal Arts at City College.

“There are many, many programs impacted by the decision of the City College chancellor to cut a wide range of classes in an effort to move the school away from its historic mission of serving the entire community,” Redmond said.

In addition to Redmond’s article, journalist David Horowitz produced a video regarding Metal Arts which manifests different stories of many students that have a connection with this program.

In addition to the coverage on 48hills, students, faculty, and members of the community have gathered together to help classes which were affected by protesting and spreading word as much as they could.

Austin Price, a Metal Arts student said, “a few of us are running an Instagram to try to put our work out there to validate these classes, as a true art classes. These classes have value where students and artists could produce stunning work and to show off the skills they had learned to make something.”

“We’ve been petitioning and sending letters to the Board of Supervisors and the chancellor to try and bring back at least one class. Also we participated in art shows to try and keep this program alive” he said.