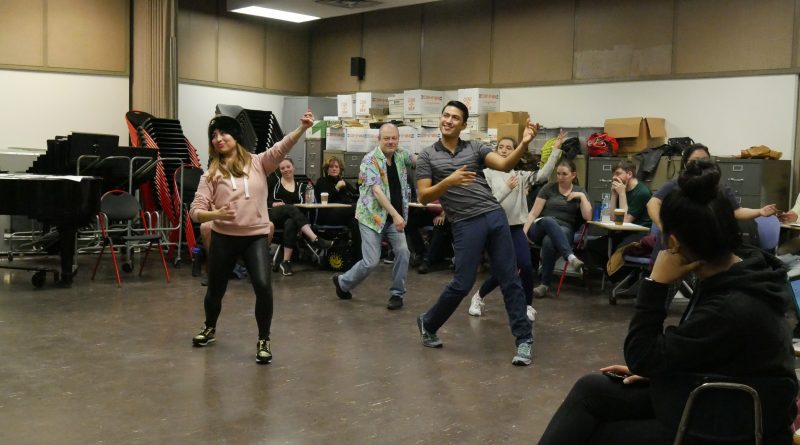 City College’s theatre department hosted the first auditions for the upcoming production of Mamma Mia! the musical. The performances will take place on Apr. 12, 13 and 14, at the Diego Rivera Theatre.

The show is directed by Deborah Shaw, a faculty member in the theatre department, with musical production led by Michael Shahani, a professor in the music department. They promise to provide an interactive experience and a diverse, talented cast.

“I don’t know if we’re going to invite people up on the stage, but the audience gets to dance,” Shaw said.

Shaw and Shahani have done multiple plays together in the 32 years they have been at City College.

“I teach acting for the camera and acting fundamentals and I do the big spring musical,” Shaw said. The idea to stage Mamma Mia! at City College was hers, and stems from her passion for singing and dancing.

The first auditions for the show required actors to prepare two random songs and a monologue, rather than try out for the roles they wanted.

“We had to prepare two songs, an up-tempo and a slower ballad and a comedic monologue,” Danny Tran, a City College student with an emphasis in theatre studies.

During callbacks, Shaw had people read and sing for different parts in the show to better understand their chemistry with contrasting characters.

The auditions were open to residents all over the Bay Area. This created a diverse cast that varies in age and skill set, which is perfect for a show like Mamma Mia!

“You get a lot of people who are equity actors, who are with the Union or people who are pretty much professionals who want to come in to do our show,” Shaw said.

The variation in skill set and age among actors adds a level of quality to City College productions when their diverse backgrounds merges on stage. Shaw believes this sets a high standard.

“I mean it is a college, but it’s almost like a professional theater,” Shaw said.

“I was a stage crew member for Cradle Will Rock and that was definitely a very diverse cast… they are totally colorblind casting,” Tran said.

A student posted an article discussion inclusivity in the theatre on the City College Theatre Arts Facebook page.

“I don’t feel comfortable talking about the student since I was not privy to what really happened… City College touts itself to be very diverse on all levels, for sexual orientation too—that is his experience, we allow him to be able to voice his opinion and start a chain of discussion and conversation about it,” Shaw said.

For the audience attending Mamma Mia! they can expect live music provided by the music department’s orchestra and dancing like in a disco in the 70’s. Tatjana Jesse, an outside consultant, will be the costume designer for the play and Tom O’Brien will do the set design. There will be many other professionals helping out.

“We have a full technical crew here… We all sort of kind of worked together to bring it to life,” Shaw said.

One thought on “Mamma Mia! comes to City College”