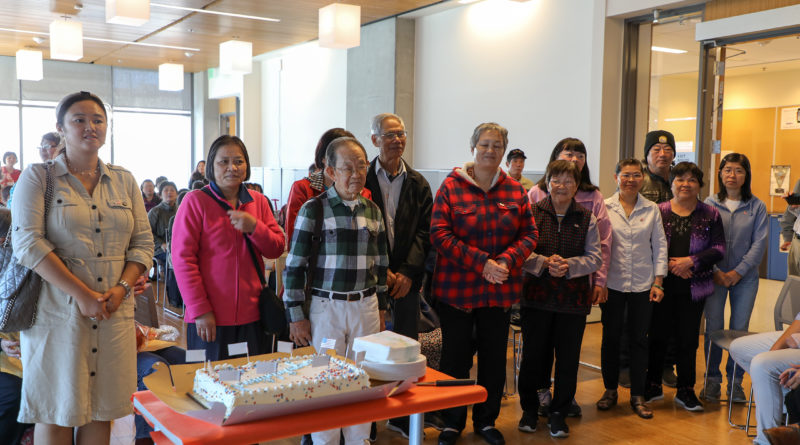 About 100 people gathered at City College’s Chinatown Campus on Sept. 20 to celebrate students who passed their citizenship tests over the past year, for the 33rd annual Citizenship Day.

The event brought together staff and students from various campus departments. The program started with retired City College music professor Wilma Pang leading the crowd’s rendition of the national anthem.

Among the invited speakers were members of the San Francisco Board of Supervisors, City College Board of Trustees Vice President Tom Temprano, Student Chancellor Drew Min, and representatives from U.S. Citizenship and Immigration Services (USCIS). They congratulated the citizens, as well as teachers and volunteers at City College who had helped them prepare for the challenging civics and English language questions that make up the citizenship test.

Multiple attendees spoke about their own families’ experiences as immigrants. Calvin Yan, representing Supervisor Aaron Peskin’s office, spoke about helping his mother practice for citizenship interviews when he was growing up. Vinicio Lopez, dean of the ESL and international studies departments, shared a similar story about helping his mother learn English while she was also working 11 hours a day.

In addition to congratulations and recognition of their hard work, several speakers highlighted the importance of voting — an important right that students are granted upon being formally sworn in as United States citizens.

At the conclusion of the program, attendees were presented with a patriotically decorated red, white, and blue cake, which was baked by a student in the culinary department, who also happened to be a newly sworn in U.S. citizen.