The City College accreditation crisis had a dire effect on staffing from Fall 2011 to Fall 2017, resulting in a significant decrease in full-time instructors during a time when the college was continuously bogged down by the Accrediting Commission for Community and Junior Colleges.

By Fall 2017, 500 full-time faculty and 884 part-time faculty remained – representing a 33 percent decrease over six years, according to data gathered by CCCCO Data Mart, a database of the California Community Colleges Chancellor’s Office. 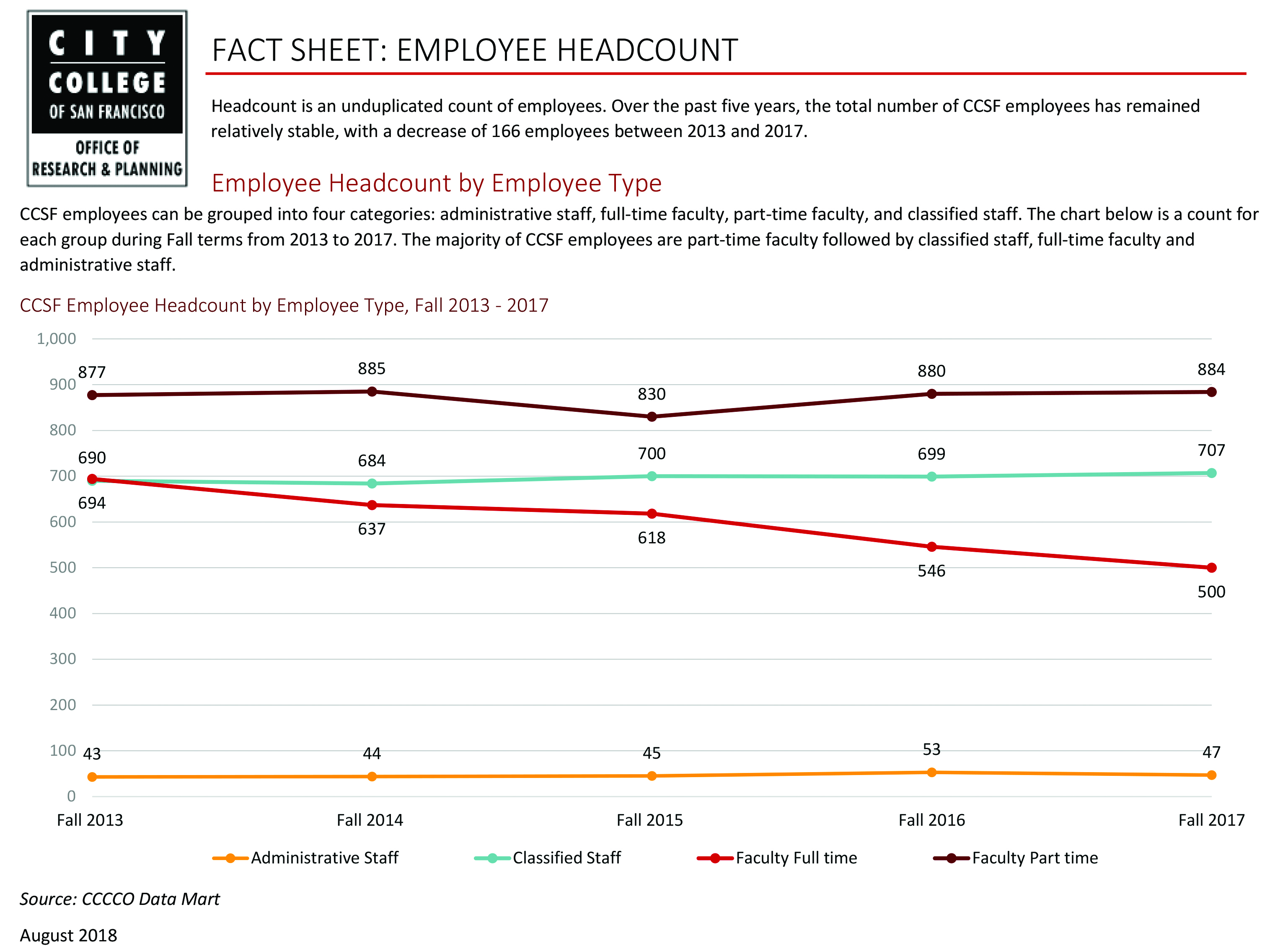 “I am very concerned about what’s been happening here, we have too many administrators,” academic counselor Donna Hayes said. “This is something that the ACCJC has been doing within their region. They’ve forced campuses to double and triple in their administrators.”

AFT 2121 President Jenny Worley noticed an approval of $1,000 per month in stipends for one administrator. “That’s not an unusual practice, we’ve seen it in the past,” she said at a board of trustees meeting on Feb. 28.

According to Worley, department chairs and a number of faculty in the social sciences department have seen drastic cuts to their budgets. Asian American studies faced a 30 percent cut for fall 2019 and a 50 percent cut in LGBT studies.

“Because of retirement and the downsizing of the college, we’re down to five full-time professors with 1 retiring next semester. That effectively means the workload is going to increase for everyone else,” said Tom Menendez, a City College economics professor of almost 20 years.

“Cutting out 100 FTE faculty out of the budget, if that is not done for Fall, then you are beyond worst case scenario,” said Chancellor Mark Rocha at a Feb. 28 board of trustees meeting.

Students have also felt the impact of the college’s downsize in full-time faculty and overall budget issue.

International student Matheus Maynard worked in the Admissions and Records Department in Fall 2018 but was unable to be rehired for Spring 2019 because of fund unavailability.

This semester, Maynard applied for an online posting regarding a job in the Continuing Students Department. “I was told that the school never balanced the budget for each department after they increased the minimum wage to meet the San Francisco requirements.”

Pablo Rodriguez, chair of part-time faculty, believes that a moratorium should be given before any more downsizing takes place.