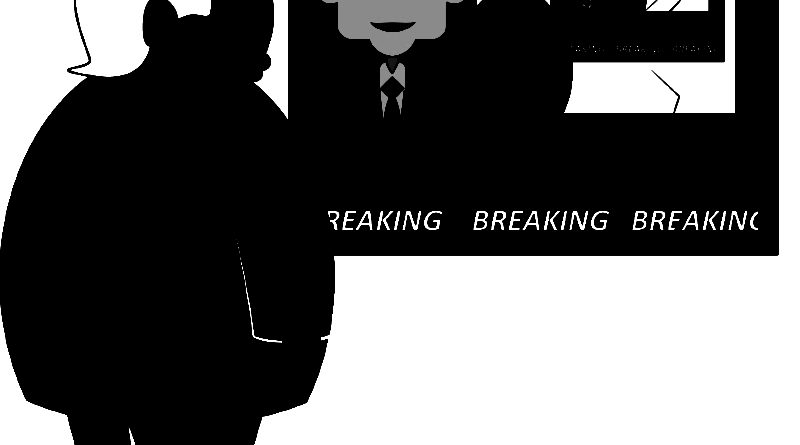 In an interview with Fox News’ Sean Hannity, former tabloid talk show host Geraldo Rivera made a bone-chilling prediction about the influence of right wing media in potential impeachment proceedings.

“If it wasn’t for your show, Sean, they would destroy him absolutely. You’re the difference between Donald J. Trump and Richard Nixon,” Rivera said. This time, though, with more and more evidence flooding in to suggest that the President pressured foreign leadership to discredit his opponent Joe Biden and tamper with the American electoral process, even Hannity may not be able to save him.

The perpetual motion propaganda machine that has successfully muddied the water and diverted blame in past Trump scandals is finally showing signs of stalling. But what makes this allegation different?

The President’s latest misconduct is not only the most egregious abuse of executive power he has been accused of, it is also the most straightforward one. The rough transcripts of Trump’s phone call to Ukraine’s President, Volodymyr Zelensky, on July 25, quoted President Trump as saying, “I wouldn’t say that it’s reciprocal necessarily because things are happening that are not good but the United States has been very very good to Ukraine,” at a time when the President was withholding 400 million dollars in expected military aid to the Ukraine.

If the use of the term “reciprocity” and the threat implied are not enough to prove that the President betrayed his oath of office, the subsequent cover up documented in the whistleblower’s report and the president’s refusal to cooperate with impeachment proceedings should be. His repeated threats to unmask the whistleblower is a flagrant attack against the First Amendment.

House Speaker Nancy Pelosi (D-CA), up until now the champion of Democratic reticence, agrees. In a statement from her office released on October 21, the House Speaker stated that the president “betrayed his oath of office, betrayed our national security.”

A recent Gallup poll shows Trump’s disapproval rating to be 56 percent. The president’s approval rating dropped two points in the week following Pelosi’s announcement on Sept. 24  that the House would initiate a formal impeachment inquiry. This drop is small, but sharp for a president whose approval ratings have remained stagnant throughout his administration.

The President himself appears to be floundering. Tweeting at a record high rate even for him, Trump has begun to use increasingly inflammatory language. He’s accused Representative Adam Schiff (D-CA) of “treason”, referred to the whistleblower as “a spy” and described the impeachment inquiry as an attempted “coup”.

Despite Trump’s claims that, “Republicans have been very unified,” many congressional GOP members have been reluctant to vocally defend the phone call, with some like Senator Mitt Romney (R-UT) denouncing the president’s conduct and Representative Rep. Mark Amodei (R-NV) even supporting an inquiry into possible misconduct.

129 House Republicans backed a resolution criticizing the president’s decision to hold the next G-7 summit at one of his properties. Senate Majority Leader Mitch McConnell (R-KY), usually quick to back Trump, lambasted the move in a Washington Post op-ed on October 18. Under these new pressures, the administration chose to roll back the plan.

Even Fox News appears to be distancing themselves gradually from the president, allocating less and less air time for Trump’s rallies. The network cited falling ratings as the cause of the decision.

The president’s machinations have served only to sink him deeper into political quicksand. With fewer voices echoing and validating the President’s lies, they are finally beginning to crumble.