With a microphone in hand, student Lucy Lao addressed a lobby filled with students, community supporters, media and members from the American Federation of Teachers at a rally against class cancellations.

She stood before a banner raised at City College’s Chinatown/North Beach Center that read “These Cuts Won’t Heal” and alluded to the administration’s plan to cut 500 classes by 2025, which would represent a drastic 40 percent reduction of the courses currently being offered. 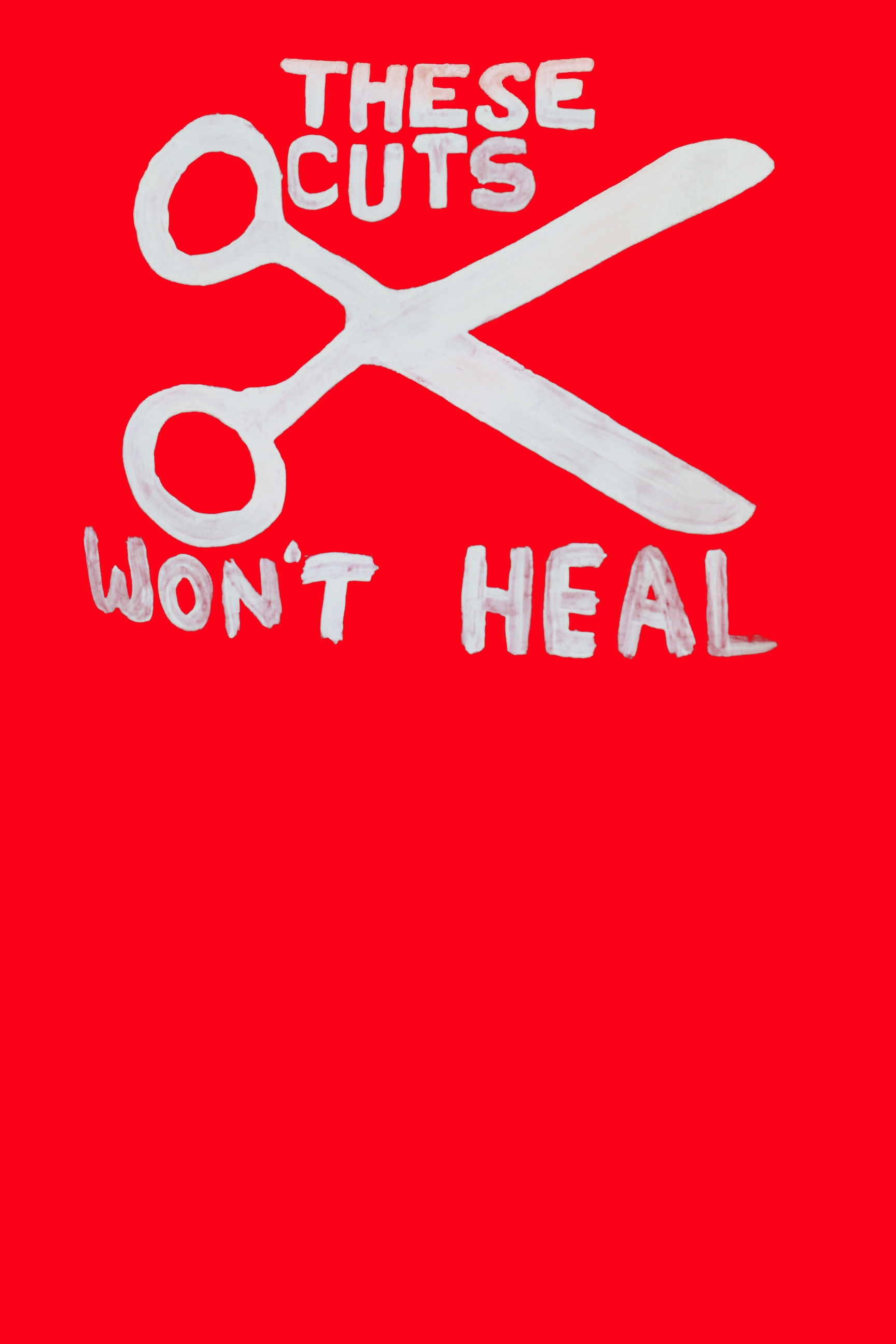 “Not everyone has the privilege to attend a 4-year university because we have to work, but City College should be for everyone,” she said.

The college has realigned its priorities as a way to transition to California’s new funding formula, which grants additional revenue to community colleges who produce more transfer degrees and certificates.

“Tackling these challenges is a strategic decision and has no bearing on the college’s ability to serve students,” Chancellor Mark Rocha said. “As we reallocate these resources, it is true that some academic departments will be more impacted than others.”

For AFT 2121, the formula represents the opposite of equity and rewards colleges with students who are already prepared for higher education.

“We still don’t understand the logic that we hear, we don’t understand why the college can’t come up with a reasonable break-even point and not cut classes above that,” social sciences professor and AFT 2121 member Tim Killikelly said.

College officials have maintained that the school is not cutting classes, but rather redirects resources to the development of new programs. Meanwhile, they will continue to support students in existing programs as they achieve their educational goals.

The new block scheduling model, administrators say, will make it easier for City College to maintain a student-focused mission by adding high-demand classes.

“The college must finally grapple with age-old operational issues, including a class schedule that maintains too many under-enrolled courses,” Chan said.

The reasoning left many in question as to why a class containing healthy enrollment numbers of 20 students or more would remain on the chopping block. The Asian American Studies department, for example, will be reduced by 25 percent despite having an average of 30 students per class.

Discussions between the teachers union and college administration regarding what constitutes a “cut” in course offerings remains debatable.

“We are gonna tell people what it is – it’s a cut,” Killikelly said.

AFT 2121 President Jenny Worley believes the administration should focus on cuts to costs that don’t directly impact students’ education. She pointed to the number of consultants the college pays – from the Unrestricted Fund alone, costs have totaled to $5.5 million this year, according to data on the school’s website.

The college has struggled to balance this year’s budget and stay within the state-recommended five percent reserves fund.

“While the current Board of Trustees, Chancellor, and administration did not create these challenging financial conditions, we are stepping up to our fiduciary responsibility to fix them to place City College on a sustainable path to higher enrollment and responsible spending,” Board of Trustees President Alex Randolph said. “We don’t have the option to not balance our budget.”

Over the past year, departments across the board have seen reductions in their budgets. While, administration has no say in the decision-making process of what specific classes or sections departments should keep, chairs are left with little recourse but to minimize their class offerings.

As a result, the teachers union worries that the reduction to classes means limiting outreach towards community needs.

Students stood in solidarity at a March 21 board meeting, holding photos that highlighted their shared experiences in the American Sign Language and English as a Second Language programs.

ESL instructor and former City College student Lin Tan addressed the board during public comment and emphasized the need of providing language courses to new immigrants.

“They learn english. They find confidence, happiness, and their dreams here. City College is their home sweet home,” she said.

“From Virginia to Los Angeles to Oakland, teachers, students, parents, and communities are taking action to defend public education,” said Marcos Cruz, a student organizer from CCSF Students Rising.“Will San Francisco stand by and watch its most beloved institution suffer a death by a thousand cuts?”

In the printed issue 6, volume 167 of The Guardsman, the article ‘These Cuts Won’t Heal’, Media  Relations Director Connie Chan was misquoted as saying “Tackling these challenges is a strategic decision and has no bearing on the college’s ability to serve students,” when in fact Ms. Chan did not make this statement. It was made by City College of San Francisco Chancellor Mark Rocha.  The Guardsman regrets this error.

One thought on “THESE CUTS WON’T HEAL”