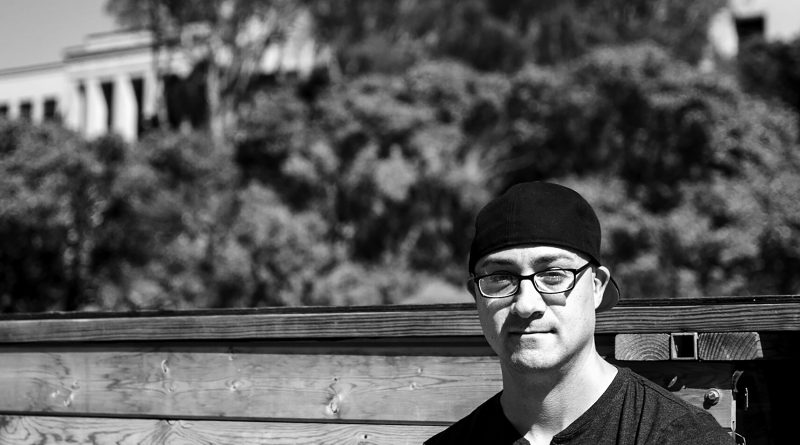 Mark Chopot unlocks the wooden door to his self-made camper and climbs out of the trunk. It’s 4 a.m., and street cleaning typically ends by then.

In a race to secure parking along Frida Kahlo Way, he pulls into a space across from City College’s Multi-Use Building, the only location where he can still access school wifi and study at night.

Home is in his Toyota Tacoma and has been for the past two years.

After serving eight years as a combat medic in the National Guard, Chopot moved to San Francisco in 2017 where he found himself among a community of students that set up home along the streets circling City College.

Homelessness is a reality for thousands of students throughout California’s 114 community college campuses.

“There are a lot of people here who are trying to survive,” Chopot said.

About one in five students experience homelessness, according to a recent study released by the Hope Center for College, Community and Justice.

Housing insecurity encompassed a plethora of challenges such as the inability to pay rent or utilities, or the need to move frequently. Homelessness was defined as lacking a stable place to live, with students sleeping on couches, in cars or motels, or living at outdoor locations.

Students at greater risk of basic needs insecurity included African Americans and students identifying as LGBTQ. Formerly incarcerated students, former foster youth and students who have served in the military are also particularly impacted by homelessness and housing insecurity.

“Numbers like that are alarming and education becomes discouraging for those who are constantly faced with homelessness,” said Iiyshaa Youngblood, president of the Student Senate for California Community Colleges.

According to a report by the Institute of College Access and Success, spending more time engaged with school increases a student’s ability to learn, pass their courses, and graduate.

59 percent of City College credit students, however, felt that the difficulties in finding and securing housing negatively impacted their ability to achieve academic goals, a college-wide survey found.

“There are hours lost every day,” said Chopot, who alters his schedule to utilize campus resources and public restrooms.

While acknowledging the support made available to veterans, Chopot said the issue boils down to San Francisco’s overwhelming housing costs – a persistent problem that could hinder students’ abilities to build sustainable futures with stable financial footing.

Affordability challenges negatively impact student success, even with the establishment of Free City, a program that provides free tuition to San Francisco residents.

The proposal, introduced in February by state Sen. Connie M. Levya, D-Chino, would establish a new financial aid program that would base aid on the overall cost of attendance.

“When non-tuition costs like housing, food, and textbooks are considered, community college is often more expensive for our lowest-income students to attend than other state universities,” Levya said in a press release.

Hoping to confront the wide disparities in grant aid, City College’s board of trustees approved a resolution supporting SB 291.

Meanwhile, California community colleges have implemented various programs such as food pantries and shower access to campus facilities as a means to alleviate hunger and address housing insecurity in the short term.

Earlier this year, Assemblymember Marc Berman, D-Palo Alto, presented AB 302 which would require community colleges to grant overnight access to campus parking facilities for homeless students to sleep in their vehicles – provided the student is enrolled in coursework, has paid enrollment fees, and is in good standing with the college.

“When we don’t provide a safe place for students to sleep, we force them into the shadows – into dark alleys and industrial parks – where they are most vulnerable,” Berman said at a press conference in Sacramento. “We can no longer pretend that community college student homelessness isn’t a crisis – we have the data that clearly says it is. Shame on us if we turn our backs on these students and choose to ignore them.”

To Berman, AB 302 is the next logical step to address the immediate needs of homeless community college students, but various school officials remain hesitant.

“One of my concerns with this bill is it prioritizes the homeless with cars over homeless without cars. With this bill we are helping one group of homeless but not another, one that, one could easily argue, are in a worse situation,” Trustee Thea Selby said.

Furthermore, Selby says the costs should not be incurred by community colleges, as they do not have additional money or enough staff to take on the responsibility.

Currently, AB 302 leaves the implementation to each governing board of the community college district. Until the bill is heard by the Appropriations Committee, policymakers are unable to determine cost estimates that may vary by campus.

“There is a lot to be answered about this and I am not supportive at this moment as we just don’t have the capacity and resources in place to accommodate this,” President Alex Randolph said in an email.