Story and Photos By Casey Ticsay

Tucked away in San Francisco’s South of Market district and encircled by streets named after Filipino heroes, lies Lipi Ni Lapu Lapu mural, one of many historical markers encountered on an afternoon ethno-tour hosted by City College’s Philippine Studies department.

It was in this community garden where – standing among the abundant rows of flowers and vegetables – participants reflected on the seven-story wonder that pays homage to the Filipino diaspora in America.

The two-hour experience, coinciding with the observance of Filipino American History Month, traced the origins, struggles and legacies behind SoMa Pilipinas, a 1.5 square-mile cultural heritage district bounded between Market and Brannan.

South of Market has become a rapidly changing neighborhood with waves of redevelopment and pressures of displacement. Once home to one of the earliest Filipino communities, SoMa has lost more than half of the Filipino population in the last decade, according to data from the U.S. Census Bureau.

“While there is a lot of joy in being Filipino, the history of Filipinos in the United States is also one of struggle and trauma,” said international studies student Scott Cooper. “Engaging with our heritage and relearning our history can help move us forward.”

The struggle to make home in SoMa might not yet be over but a resilient community remains, determined to face its challenges head-on.

As poet W. Kyle De Ocera notes in The Pilipinx Radical Imagination Reader, which draws on a multiplicity of voices and shared experiences among the Pilipinx community, the answer to this matter is simple: do whatever it takes.

Through extensive community input and continued efforts to preserve the narratives and century-long history of Filipinos in America, a new vision for the cultural district has emerged, hoping to create a more sustainable district and thriving community.

Each restaurant, organization and mural based in SoMa Pilipinas – from Arkipelago Books to Undiscovered SF – embraces the spirit of bayanihan, or community, which the district describes as “the collective determination to honor and make history, build community and progress forward.”

Beginning at the South of Market Community Action Network then on to Bayanihan Center just a few blocks away, the tour soon rested at Victoria Manalo Park, a two-acre space that honors the first Filipina-American to compete in the Olympic games.

“SoMa is not just a neighborhood that people drive or pass by, but is an essential community that continues to promote the Filipino-American presence in the heart of San Francisco,” said tour leader and CCSF alumnus Eugene Alejo.

For Alejo, it is not only time to commemorate historical figures or past events, but to acknowledge what is in store for present and future generations of Filipino Americans.

“I only started learning about my roots when I came to City College,” said Guada Nobela, who moved to the United States with her family at five years old.

In search for more answers about her homeland and looking to make sense of her own Filipino American identity, Nobela enrolled in Philippine Studies courses and began volunteering for Tulay, the Filipino American Success Program based on Ocean Campus.

“Filipino American History Month is important to me because it’s a way to celebrate all of our achievements and success, and to let the world and society know that we are here.” 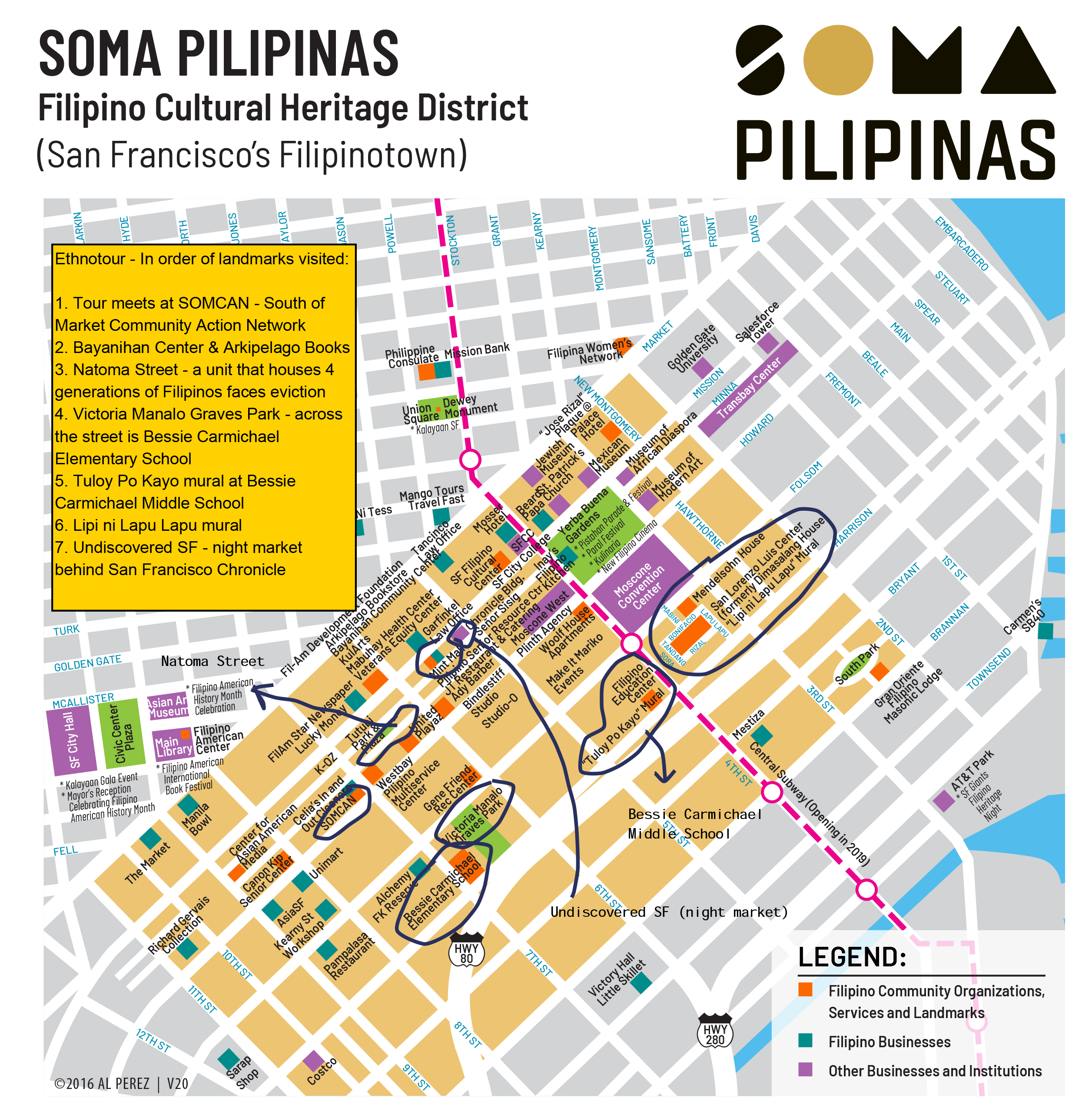