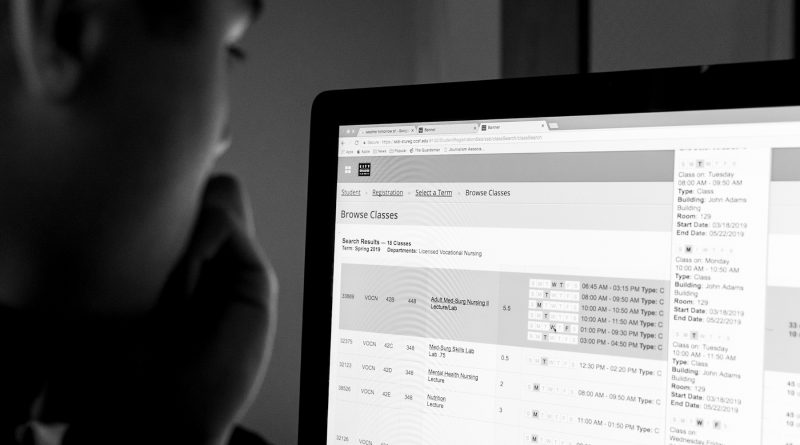 City College upgraded its administrative software for everything from record-keeping to registration on Nov. 11, raising a college-wide concern that too much had changed only two weeks before registration started.

Nonetheless, leaders within the City College community such as President Department Chairperson Council Darlene Alioto feel that the changes should have instead gone live over the summer instead of mid-semester.

“For now, personally, I believe we have gone live with Banner 9 too soon,” Alioto stated in an email. “While there was testing by the IT folks and the ‘techies,’ I only had a chance to ‘play’ with Banner 9 when it went up over the weekend — and there are a lot of things that I found unfriendly and unworkable.”

“Doing it in the middle of a semester is not the best practice, I would think,” Piper said. “You have a lot of faculty who aren’t young, and it takes time to learn this system.”

Like Alioto, Piper said that he felt Banner 9 should have been implemented in summer — a shorter semester with less traffic. Banner 9 was supposed to go live last summer, according to minutes from a May 24, 2017, Banner Renewal Advisory Group meeting.

“Upgrades to our system have been long overdue,” college spokesperson Connie Chan stated in an email. “It is with a sense of urgency that our team takes all City College systems, be it, our facilities and our online system, to 21st Century.  We know we must act now because we know there will always be room for improvements.”

Piper also understood that need. He said that modern institutions should be able to look up simple things, such as payroll and sick leaves, without human interaction or interference.

“No matter what system you buy, no matter where you go, it isn’t until you do live data that you realize “oh, this doesn’t work,” Piper said.

Within days of being implemented, Banner 9 made it more for student workers from being able to access their time sheets. Students Paige Sanger and Lisa Lwin Lwin Aung, who lab aides for the college Media Center, were two of those affected.

“We have to do our time sheets on Banner 9, and the other day, we weren’t able to go on there,” Sanger said on Nov. 15. “If you go onto ‘Employee,’ you can’t go to your timesheet now there. You have to go to the search bar and search for your time sheet. Most people wouldn’t know that, I feel.”

“With the administration’s frenzy to cancel low enrolled courses before they even meet, a student may shy away from a course that starts out with a lower enrollment, therefore making the cancellation a self-fulfilling prophecy,” Alioto said.

And the new class schedule, now solely viewable through Banner 9’s registration system — does not propose advisories. When a person looks up”woman’s studies” instead of “women’s studies,” the search does not bring up any results.

Moreover, courses that cross department boundaries are currently limited to be being listed in one section. The “LGBT American Studies” class does not show up as an LGBT Studies course because it is considered a history course. The “Introduction to Photojournalism” class shows up in a search for journalism classes but not for photography classes.

For some, Banner 9’s new interface is not all that user-friendly.

Adrienne Johnson stepped into the City College cafeteria in 1987 to find her classes for the first time. Back then, the registration process involved waiting in line with hundreds of people and would take anywhere up to five hours.

“It was easier than this,” Johnson said. “It took more time, and it took more work, but it was obvious.”

Johnson had trouble finding her online transcript, adding that her children as well had their own problems with the system.

She said that the Banner 9 relies too much on its search bar, as it requires students to type in an academic department before results show up.

“They were so focused on being able to tailor your search that they over-tailored the search,” Johnson said. “It’s a little bit like losing the card catalog at the library. You can put in English, math and science, and it brings them all up, but it’s not as intuitive as it used to be and very clunky.”

Johnson, who is almost 50 years old, said she is continually blown away by the teaching at City College. It contributes to why she is still taking classes here.

“Every class I go into, I see somebody’s life change,” Johnson said. “This is the front door to the school. It should be easier.”