Aided by federal expansions of food aid to students, City College of San Francisco has responded to growing food insecurity by increasing staff and outreach for its CalFresh program.

Food insecurity among students in San Francisco grew during the pandemic and continues to be a cause for concern.

In August 2020, a federal pandemic bill expanded eligibility for college students nationwide, regardless of units taken or parents’ income. As long as the applicant can prove they are an enrolled college student they’re eligible to obtain food via CalFresh, expanding these benefits to thousands of students who did not previously qualify.

For this reason, in Fall 2020, City College added staff such as enlistment workers, and  increased outreach in order to help students enroll and get familiar with eligibility procedures.

The decision to allocate additional support from CalFresh for students came at a pivotal time, as pantries, such as the Rams Food Market and Food Shelves on CCSF campus, had been forced to remain closed since March 2020 due to the COVID-19 pandemic.

The closure of  CCSF food pantry, which provided groceries to students on-campus, left many students who depended on this service wondering how they were going to survive.

Sophomore Amber Pineda said, “I used the food pantries when they were available as they were lifesavers.” 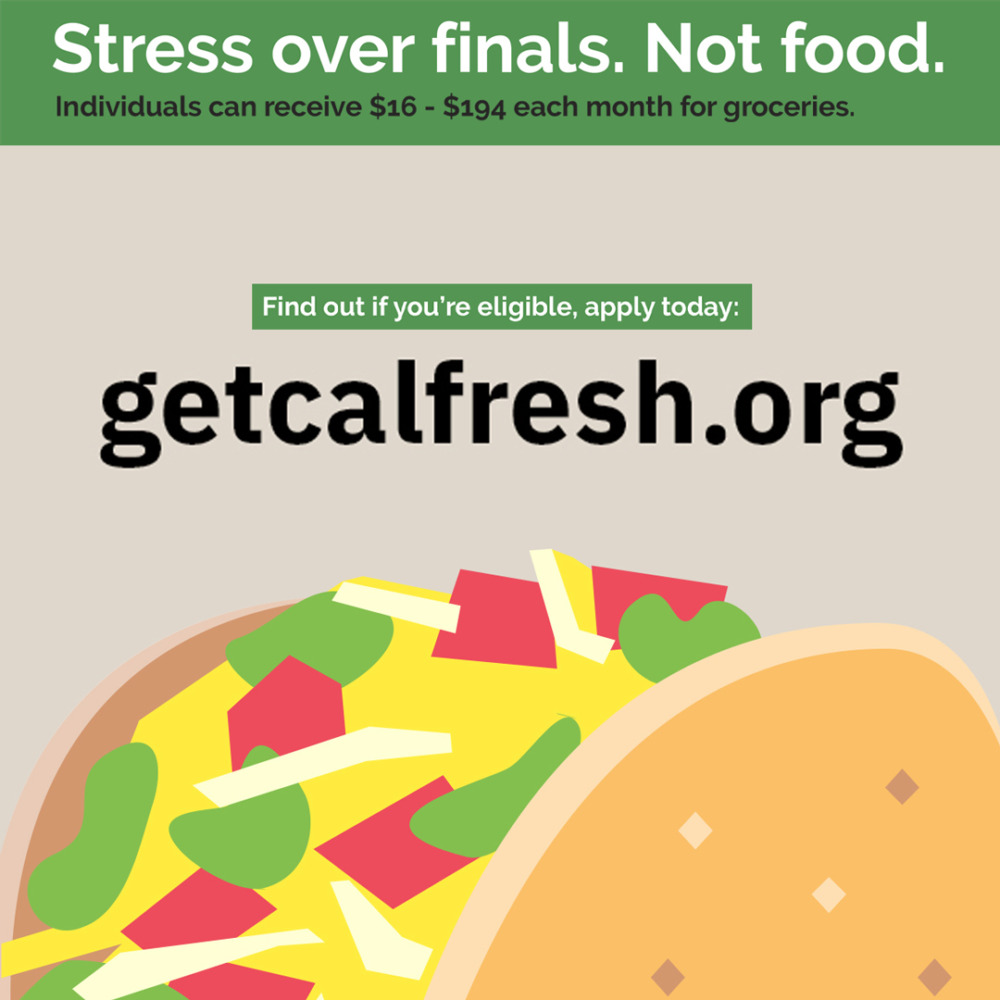 In response to the mandated closures, CCSF’s Rams Food Market opted to run a  contactless program that grants applicant students Safeway food cards as an alternative to the market pantry. This service is in tandem with CalFresh, with both programs  publicized together in order to maximize services for food-insecure students.

Pineda added, “These services are so crucial to us underprivileged students to keep us enrolled and keep us going, as we don’t know when our next meal will be coming from.”

CalFresh is a federally funded program that provides a monthly set allowance awarded to individuals who need assistance obtaining food. Previously known as EBT/SNAP (Supplemental Nutrition Assistance Program), the program was rebranded as CalFresh in 2008 and it exists nationwide, albeit under different names depending on the state.

The expansion of CalFresh eligibility has greatly benefited college students, who are one of the lowest wage earning groups in the workforce.

CCSF has launched a number of events, including virtual workshops in order to help spread awareness of the CalFresh program. Social media has also been a valuable tool conveying this information to as many students as possible.

Neyda Lopez said, “I would just encourage anyone who has any type of challenges accessing food, to reach out, apply, and to take advantage of this support.”

Allowances, which are based on applicant’s household size and income, were temporarily increased during the pandemic. Instead of providing a range of benefits, any approved CalFresh beneficiary receives the maximum available amount of $200 a month. CCSF students also receive an additional $100 Safeway food card.

Student Katherine Castillo said, “the CalFresh benefits are better now than they were before the pandemic.” She added, “Before in the Rams Food Market, they offered just a few selections of fruits and vegetables and not exactly what you needed. The EBT and gift card combination is a way better option.”

The CalFresh program does not affect a student’s financial aid application nor will it affect their tax paperwork. It merely acts as a supplemental form of aid in order to get students access to food.