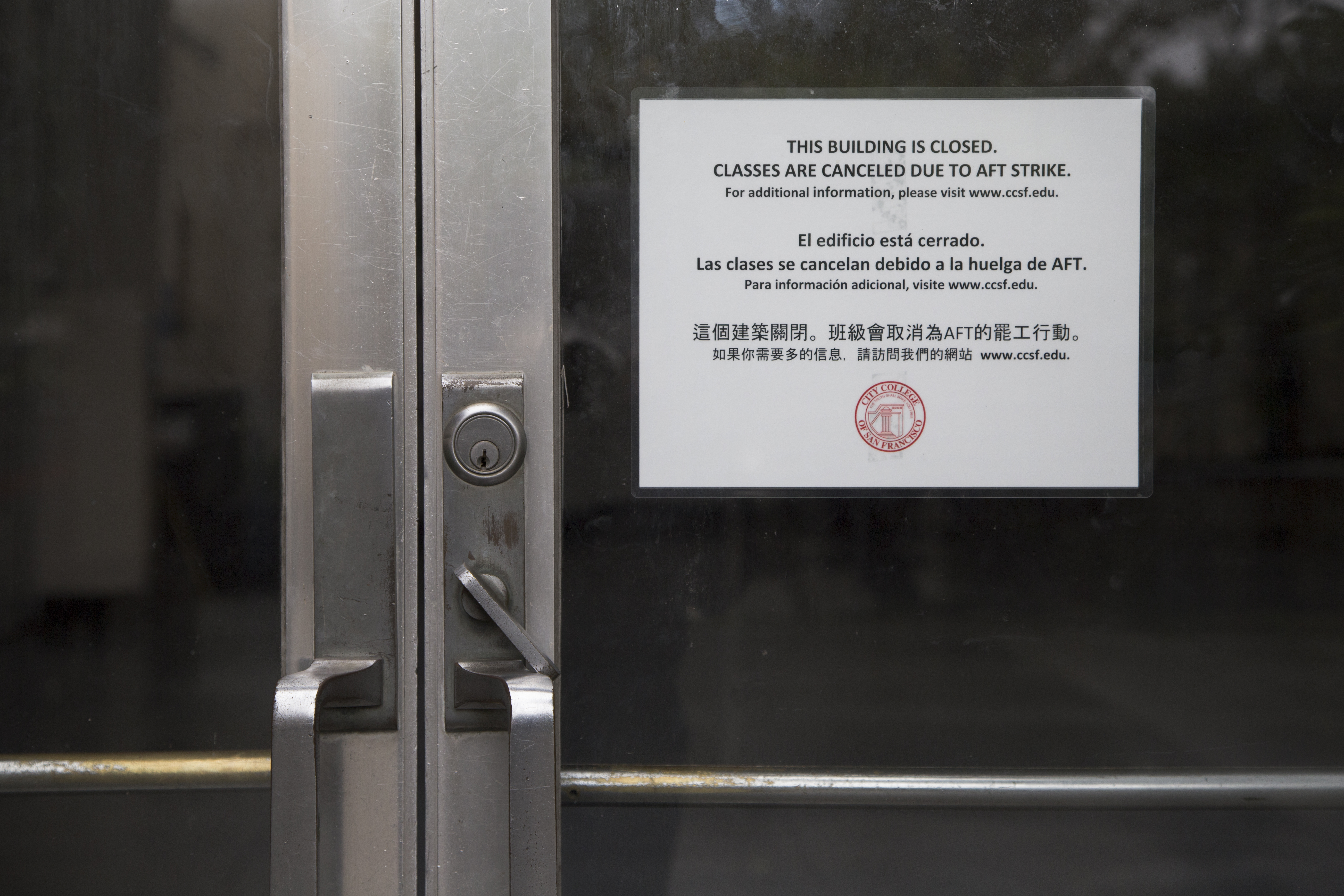 In response to American Federation of Teachers (AFT) Local 2121’s announcement of intention to strike, Interim Chancellor Susan Lamb closed all City College locations Wednesday, April 27 in an effort to chart “the safest and most prudent course of action.”

She also sent an email to all students, faculty and staff, and wrote an opinion piece for The San Francisco Chronicle.

The opinion piece, published April 23, outlined her stance on the disagreement between the faculty union and the administration, and the mass-email detailed the administration’s plan, and justification, for closing all eleven District locations of City College April 27.

Neither Lamb nor Jeff Hamilton, City College’s Director of External Affairs, have returned emails requesting comment, and several attempts by The Guardsman staff to meet with Lamb were rescheduled as of press time.

Lamb described her decision to close all campuses and lock the buildings as being “for everyone’s well-being.”

In her opinion piece for the Chronicle, Lamb said if the faculty gets their demands, City College “will not be able to pay our bills. It is simple math.”

Under the administration’s proposal, a full-time professor with a PhD making over $92,000 will get a raise of $9,327.50 over the next two years, in addition to almost $9,000 in retroactive payouts. Under the opposing plan, faculty union leaders petition to be given salaries well within the top 20 percent of the average United States income.

Lamb cited the fact that unless there is a dramatic upswing in enrollment by next year, City College will receive $25 million less in federal funding. For this reason, Lamb said, our college will face a financial disaster if we don’t bring our spending in line with our budget.

Lamb told the Chronicle negotiations are still being hammered out and the strike is illegal because it happened before the impartial fact-finding team had a chance to review both sides and make recommendations.

The strike will disrupt the priority enrollment for veterans, disabled students and foster youth, Lamb said, which was scheduled for April 27. Online registration, however, was still open that day.

“Being unable to provide the individual services these students require — because faculty will be out on strike — may discourage them from enrolling,” Lamb said.

Lamb said this strike will hurt enrollment for Fall 2016. If enrollment decreases, according to lamb, there will be less money for our budget and City College might go out of business.

Send an email to: Andy Bays