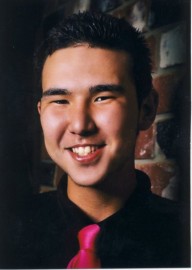 His family told reporters Ted was mainly bullied because of his ethnic heritage. He was part Korean American and part Hispanic American.

Ted’s suicide reflects a contemporary, ongoing issue that is plaguing Asian Americans, one that is garnering more attention, more support and more demands for action from the community.

I am talking about bullying.

So what, I ask. So what if you Asian Americans youths are being bullied? Why should bullying affect your self-image, your cultural identity and your self-worth?

As an Asian American who endured bullying, I responded to this crisis with apathy because I had a choice to accept, to reject, or to not care about the labels that were thrown at me. I do not eat chopped up bananas with chopsticks, because the bullies say I do.

I eat chopped up bananas with chopsticks because I say I do. But I did not pay significant attention to the bully’s taunt that attempted to stereotype Asian Americans, so I was not affected by this nonsense.

I just moved on.

And that is how Asian Americans youths should respond to bullying: acknowledge that it happened and move on, instead of embracing stereotypes and excessive taunts.

Not every Asian American youth is mentally tough. Some will begin wondering whether these taunts truly reflect their self-image, going so far as caring about the bully’s remarks.

If you are one of these Asian Americans, try contrasting these labels with your self-image. If you are not, then do not begin trying. There are more important tasks ahead in life, such as developing friendships and doing well in school.

None of these activities revolve around bullying. Neither should you, nor your lifestyle.