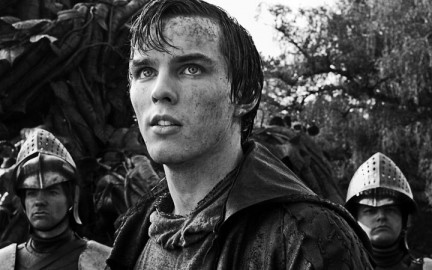 By Gina Scialabba
The Guardsman
There is something rotten in the state of Fairyland. It’s this film.

Hollywood is at it again, attempting to take a classic childhood tale and make millions.

The formula is simple.

Next, we need a hero. Add Jack. (Nicholas Hoult from “X-Men” and “Warm Bodies.”)

Here, we can use giants. But it could have been orcs or trolls, vampires or even Republicans.

Now provide a magical backdrop. How about…Oh, a beanstalk this time. Or Middle-earth. Capitol Hill. Whatever. Who will notice?

Make sure there is a moment of reflection. Or a badly-scripted love scene.

Here, let’s have love blossom on said beanstalk. In the middle of climbing downward. Thousands of feet in the air. Whilst running for your life.

Nothing is more of an aphrodisiac than being chased by angry orcs. Oops, giants.

Not even the stellar cast, including the usually brilliant Ewan McGregor as Elmont, leader of the king’s elite guard, can salvage it.

The movie attempts to be a mash-up hybrid of “Jack and the Beanstalk” and “Jack the Giant Slayer.”

Don’t know the difference between the two? Does it really matter?

The plot loosely follows both legends.

It then tries to imitate Tolkien, “The Princess Bride,” “Shrek” or any other epic journey saga.

Jack is a poor farm boy sent to the market to sell a horse. He comes home with beans.

Along the way he stumbles upon the princess, defends her honor and falls in love.

Somehow, a beanstalk sprouts up and angry giants are afoot. Why are they angry? Does it really matter?

The princess finds herself in harm’s way. Thanks to the beanstalk. Or the beans. Or Jack. Or furious giants.

The giants want to rule the world. (Well, of course they do silly!) Why? Because…they do.

This hero’s adventure just becomes more and more ridiculous as the movie progresses.

I actually questioned whether this was a parody of “The Lord of the Rings” or  “Shrek.”

I was left with several basic questions, such as why are people always hanging off of cliffs in movies? Yes, that happens here.

And, how did Ewan McGregor locate an exhaustive supply of hair gel in Middle Earth or Oz or wherever he was.

Why does Jack look and dress like a Valencia Street hipster who could just as easily be sipping coffee at Four Barrel on a lazy Sunday?

And, why is this movie attempting to tie the lineage of the British royal family to any of these people?

Despite the missteps, the special effects were decent. The scenery and sets are breathtaking.

Bottom line.  Jack is not a fairy-tale ending for director Bryan Singer. Save your pennies. Buy a good bottle of mead (wine) and curl up with “The Lord of the Rings” trilogy.