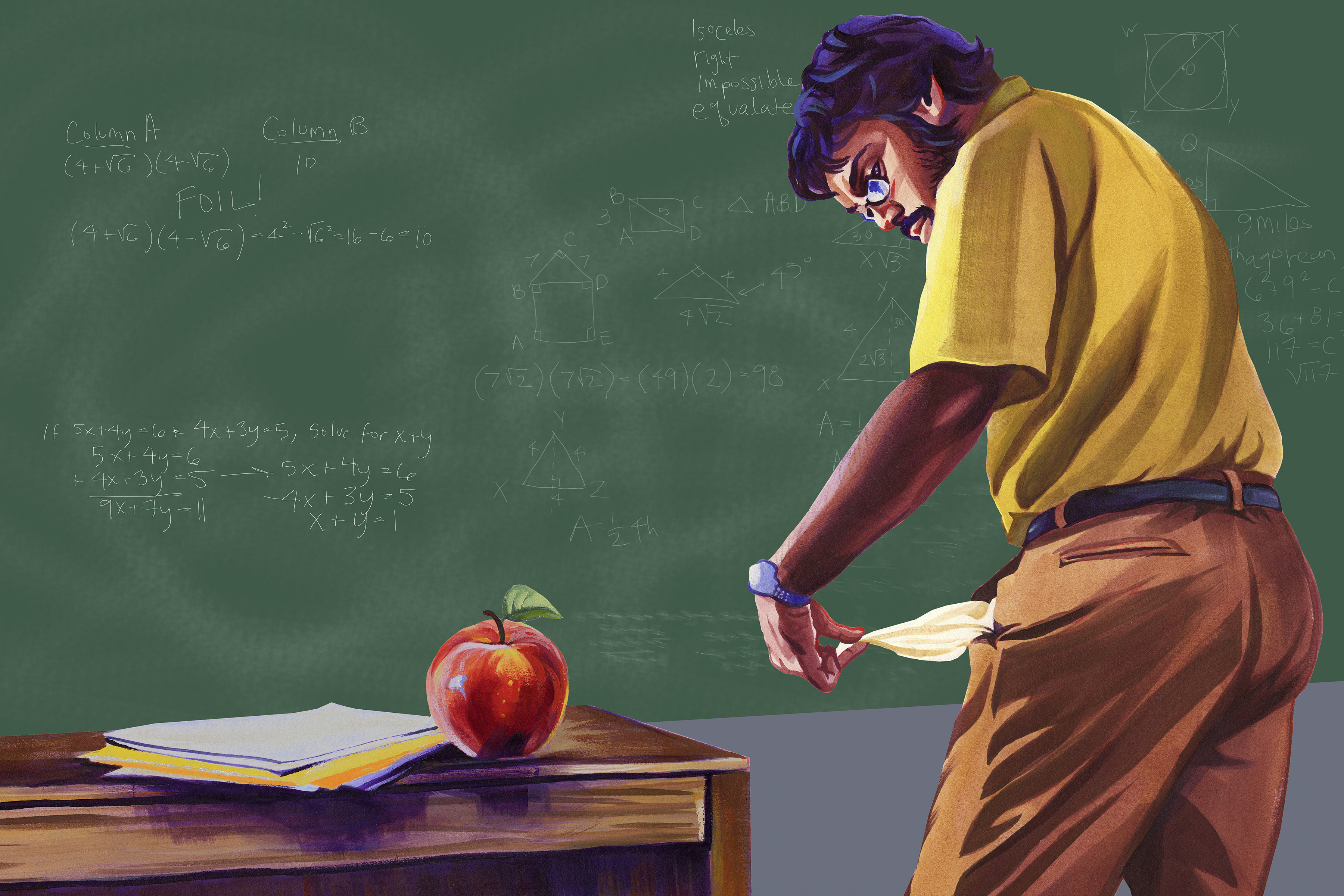 As City College’s 2014-2015 budget is finalized, animosity persists between some faculty and administrators around projected faculty expenses declining 7.34 percent while administrative expenses are increasing by 27.8 percent from 2011 to 2015.

City College’s budget is based on a financial plan that estimates City College’s projected revenue and expenses of the school throughout the year.

At a public hearing on Sept. 5, Chancellor Arthur Tyler said that City College’s full-time faculty are paid in the bottom half of salaries statewide while also noting that we live in one of the highest cost of living areas in the United States.

The U.S. Bureau of Labor statistics reports the Bay Area’s cost of living has increased 8.4 percent from June 2011 to June 2014.

“(There’s) a lot less concern for workers that are always on the front line. They (faculty) are not even standing in place; they are moving backwards,” instructor Alisa Messer said.

Messer, president of the local American Federation of Teachers Union (AFT) Local 2121, was referring to a union perception of faculty salaries not keeping pace with the Bay Area’s cost of living.

In an interview with the Guardsman, Tyler attributed the lower faculty expenses to a decline in enrollment.

“There is a direct correlation between the number of students we serve and the number of faculty that are required to serve those students,” Tyler said.

Tyler cited three main factors for the enrollment decline as being a combination of a robust local job market, the statewide disallowance of “infinite” class repetitions, and the accreditation issue.

Infinite class repetitions happen when students continue to take classes without completing them.

“Repeatability has a significant impact on enrollment not only for us but statewide,” Tyler said.

Faculty can look forward to salary increases from 1.8 to 1.9 percent according to City College’s final 2014 to 2015 budget. Tyler also reiterated this information at the public hearing.

Messer asserted individual faculty members as making four percent less than their pay scale in 2007. She said the faculty had lost ground through the recession because they did not get cost of living allowances during a period when costs in San Francisco had dramatically increased.

Faculty member Carol Meagher echoed Messer’s assertion. “Our faculty has gotten pay cuts while administrators have gotten extra steps in their pay meaning we’ve increased the number of administrators. Another one you should look at is the number of consultants,” Meagher said. “I would ask that question to Ron Gerhard.”

Vice Chancellor of Finance and Administration Ron Gerhard said the Accreditation Commission for Community and Junior Colleges had explicitly cited City College’s lack of administrative capacity as an area of concern.

“Really the increase now, what you are seeing is (City College) trying to adequately staff up administrative ranks to somewhat resemble those levels that we had in fiscal years 2008-2009 and 2009-2010 and we are still not there,” Gerhard said.

“I do check the budget quite regularly and have noticed that in (a) two-year period faculty regular salaries have gone (down) $5.5 million, administration has gone up a couple of million, (and) consultants have gone up $4 million,” Mueller said. “I am curious as to who the consultants are and what the consultants do. It’s a huge increase.”

The commission also cited the condition of City College’s buildings and grounds as taking away from the educational experience.

“I actually think it does detract a little bit,” City College student Luisa Cardoza said. “I’ve noticed the campus itself and the physical plant (appearance) is old and in need of some (tender, love and care). The campus just has a bit of a tired look to it.”

Gerhard said that ongoing upgrades to the buildings and campus are incorporated into the projected budget.

A few current examples are roof replacements underway at the John Adams and Mission centers and planned replacement of up to a half of the doors and hardware at Ocean campus.

“These larger capital outlay projects never go as fast as we like them to,” Gerhard said. “We have to go through a pretty lengthy plan-check process with the Division of State Architecture.” The DSA is a division of the California Department of General Services.

Despite opposition the 2014 to 2015 City College budget has been finalized and will move forward.