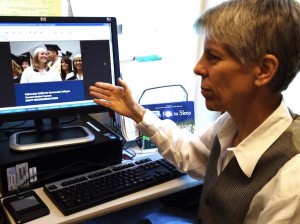 The City College Board of Trustees rejected the draft report from the Student Success Task Force, who aim to financially support academically successful students at the expense of those in need.

The California Community College Student Success Task Force was created by the State under Bill 1143, with a goal of increasing transfer rates to four-year universities.

The SSTF published several recommendations for students to receive funding: developing and implementing statewide assessment tests, participating in an orientation, having students declare a program of study early and requiring students to develop a strict educational plan.

President of the Academic Senate Karen Saginor said if the bill were to pass, “the recommendations would punish students by giving them less money.”

Students with more than 110 units and those with less than a 2.0 grade point average would have to pay full price as soon as next year. Many opponents of the bill fear the eligibility requirements would exclude many students in need and could lead to the dismantling of all non-credit courses across California community colleges.

“The only students who could have possibly benefited from this are those in small suburban schools,” Saginoir said. “Then funds become unavailable to those in need, especially students from immigrant or low income families.”

City College has an open admission policy, but the task force’s recommendations would change that. Saginor said the SSTF recommendations would limit the students who typically come to community colleges to find their way and prepare for a 4-year university. They would not only set boundaries, but would discourage those who don’t have opportunities for an education elsewhere.

During the Board of Trustees’ monthly meeting on Oct. 27,  many disapproved of the task force’s recommendations.

“These recommendations are a threat to students who need our help,”said John Rizzo, Board of Trustees president.

Vice President Chris Jackson said, “If the state of California were truly interested in student success they would pass progressive revenue ear marked for education. City College of San Francisco recognizes that much work needs to be done to assure student success including: more basic skill classes, additional professional tutors, common based classes, and greater funding for student support services.”