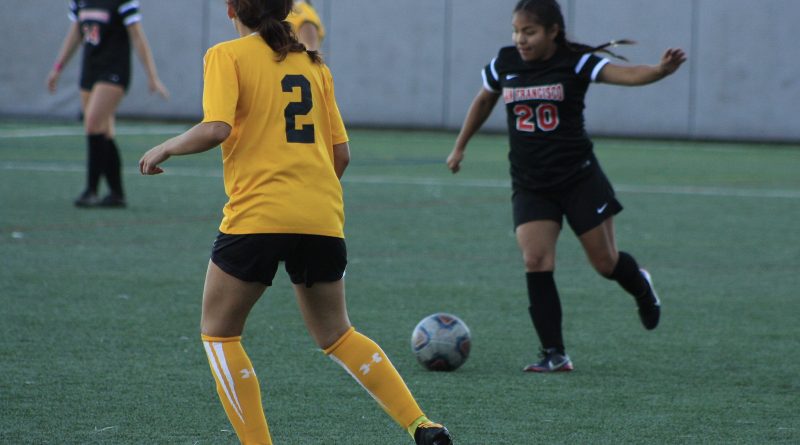 City College’s Women’s Soccer team had a smashing win of 7-2 against Chabot College of Hayward. The team had an excellent game plan and you could see the well practiced game strategies throughout both halves.

The majority of the goals were scored in the first half by players Sofia Jones (#9) with assists by Angelica Gonzalez (#11), Lauren Innman (#14) had an unassisted goal and Shannon Garcia (#10) assisted Angelica Gonzalez in a goal as well.

In the second half Chabot scored both their goals by players Sydney Hollingsworth (# unknown) and assists by Breanna Aranda.  All three penalties were also awarded in the second half of the game to players on either team.

It was a great game and make sure to come support your Ram’s Women Soccer!