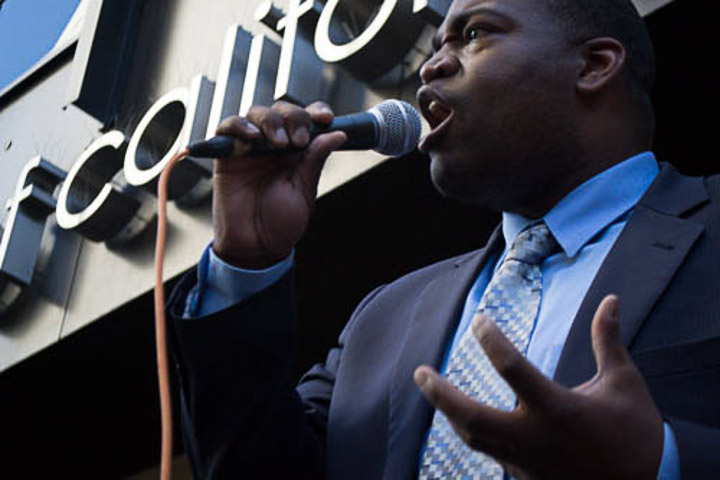 The Save CCSF Coalition is a student and faculty run organization that has been active for almost a year fighting for the rights of students and teachers of City College.

After seeking assistance for City College, the Save CCSF Coalition has gained support from state politicians, community leaders and recently the Department of Education nearly a year later.

The first protest held by the coalition was on Jan. 11, 2013 and attended by hundreds of teachers, students and supporters of City College. The protest was a reaction to the faculty, facility and budget cuts that followed Interim Chancellor Dr. Thelma Scott-Skillman’s election to office.

State Sen. Mark Leno D-San Francisco, state Sen. Leland Yee D-San Francisco, Assemblymember Phil Ting and Ammiano signed the bottom of the official document and have vowed to work together alongside the coalition to fight for City College to remain open and accredited.

“Closing City College is not an option,” Ting said.

Board of Trustees member Chris Jackson is a supporter of the Save CCSF Coalition and advocates including the public in City College’s appeals action. As it stands, the citizens of San Francisco and City College students can voice their opinion on the matter but have no participation in the voting process.

“We need a public process to make sure we keep our institution public,” Jackson said.

Messer has been organizing rallies and bridging the community of San Francisco to unite and take their community college back.

“We are going to save the college,” Messer said. “But we’re going to have to do it on a lot of different fronts.”

The union filed a complaint stating that the accreditation commission was violating their due process. The Department of Education mirrored this concern and ruled on Aug. 13 that the Accreditation Commission is out of compliance with federal regulations and is subject to closure if they do not fix them within 12 months.

David Hagstrom and other concerned students are volunteering their time at the Save CCSF information booth at Ram Plaza. Interested students can sign up for an emailed newsletter to receive important dates and information directly from the coalition.

“Being a student at CCSF is enough of an incentive to volunteer my time to save the college,” Hagstrom said.