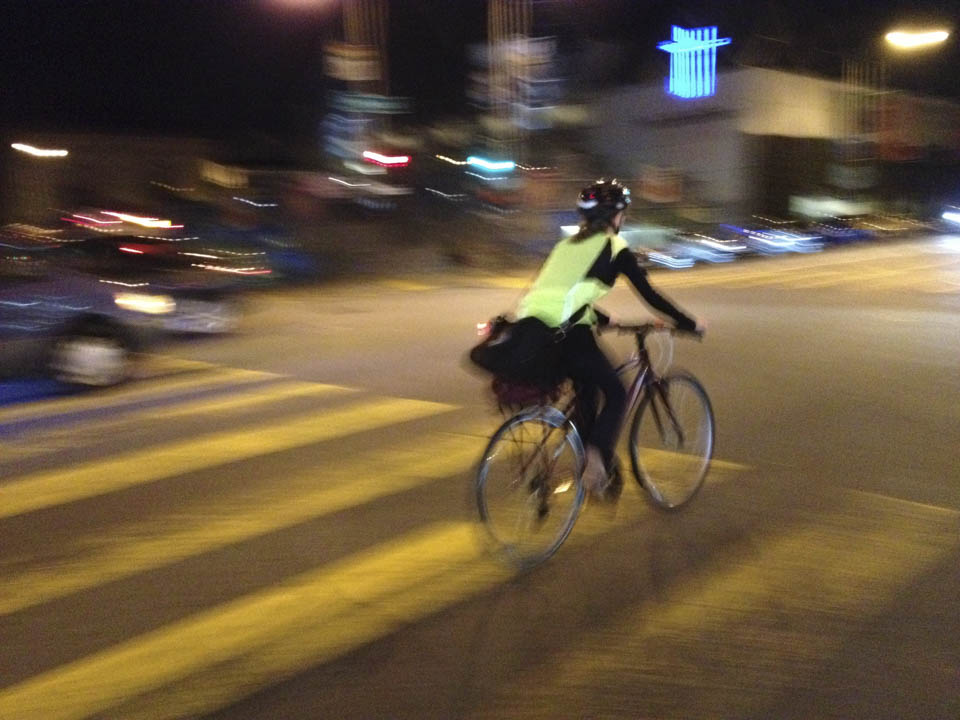 California’s “Three Feet for Safety Act” went into effect Sept. 16, requiring motorists to give bikers at least three feet of clearance when passing the cyclist.

This law was enacted for the safety of cyclists throughout California. As for drivers being forced to cross double yellow lines on the streets into lanes with oncoming traffic in order to comply to this law, well their safety isn’t the issue.

With streets that have designated bike lanes there shouldn’t be an issue giving the cyclist a three-foot buffer. It is the driver’s responsibility, whether it be a bike or a motor vehicle, to stay in their designated lane.

If there is a designated bike lane, why is there a need for motorists to cross into oncoming traffic?

As for the smaller streets in the city that have no room for a designated lane for cyclists, the three-foot rule is logical. In theory.

Let’s pretend bikers don’t spontaneously weave back in forth, ride side by side taking up the entire lane and have regard for vehicles that may want to pass them.

If this were the case passing bikes with a three-foot buffer would be easy and I would not dread my twice-weekly drive to the Mission center.

I see a very clear trend as a driver in this city. The burden is placed on the motorists to keep these cyclists safe.

This would be a fair in a world where bikers stop at stop signs and red lights, stay in their designated lanes, don’t weave through traffic, equip their vehicles with proper lighting for night riding and don’t ride on sidewalks and through crosswalks.

As a motorist in this city, I know this is rarely the case.

Cyclists get the best of both worlds and motorists pay the price. When they are forced to stop at a red light, they get the option to ride in the crosswalk to save time.

They don’t need to be restricted to their bike lanes or pay too much attention to cars behind or alongside them.

They don’t need to worry about drivers wanting to pass them.

Why? Well, they are saving the world one pedal at a time so traffic rules be damned.

The problem as I see it is the biker’s wanting the benefits of being a motorist without having to follow the rules of a motorist.

I have nearly hit one too many bicyclists in my four years in this city and all but two have been at the fault of the biker.

So how is this three-foot law supposed to help? To improve biker safety we can not simply point the finger at motorists, but look at the behavior of bikers themselves.