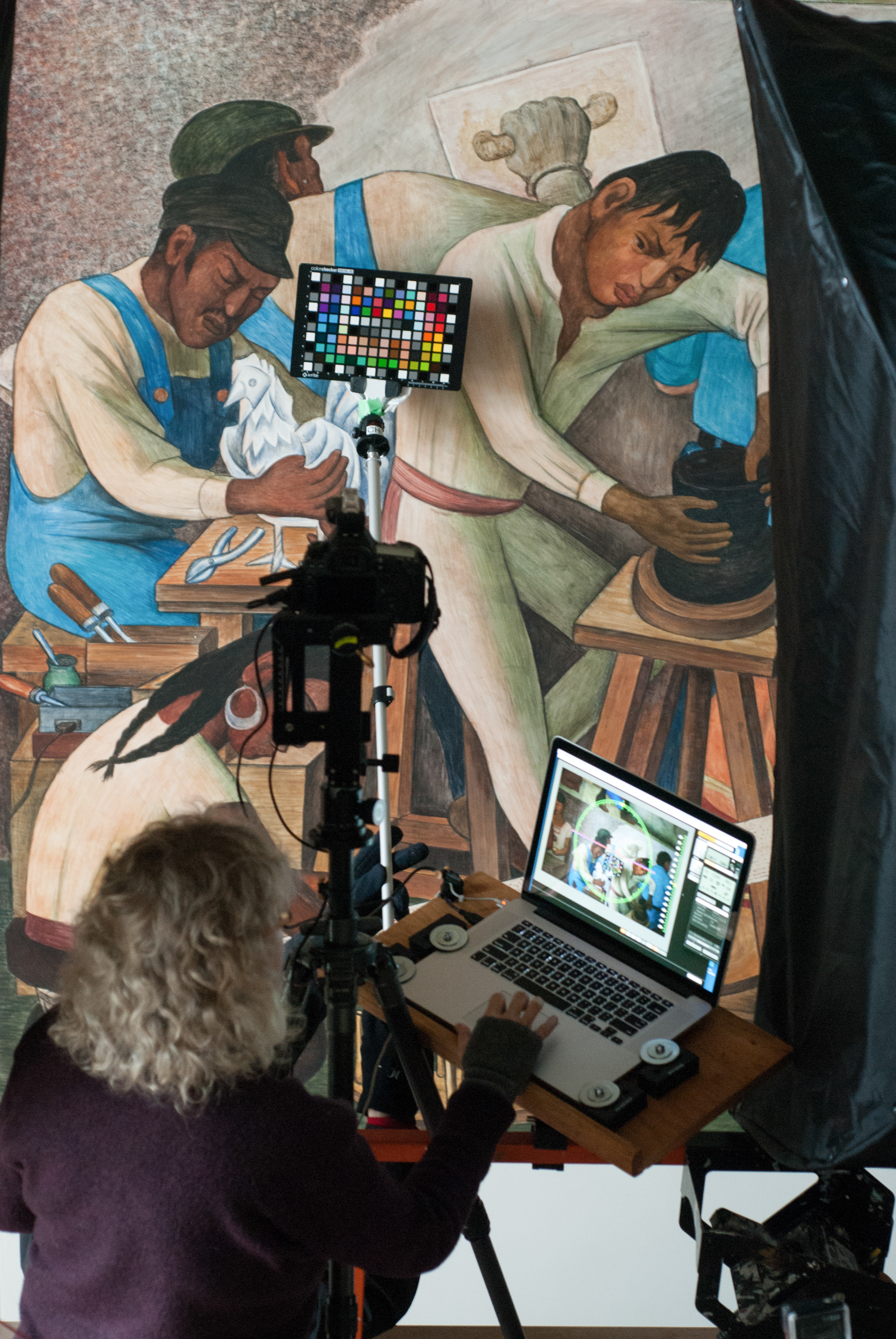 With an agenda of preserving The Pan American Unity Mural’s history, and the story it conceals, City College hired a team of digital documentarians to determine its condition for safe transport.

“It’s a world class treasure,” mural historian Will Maynez said. “It’s our job to serve it to the public.”

The plan is to feature the mural in the new Performing Arts Center to be tentatively built on Phelan Avenue giving a panoramic view of the fresco, however the official building date has yet to be announced.

Funded by the “friends” of the mural, City College spent approximately $10,000 for Cultural Heritage Imaging (CHI) service to evaluate the mural, CHI is a nonprofit dedicated to preservation, digital capture and documentation of historic and artistic treasures.

CHI used photogrammetry to decipher whether there were cracks in the image that might prevent the mural from being moved to the proposed Performing Arts Center.

“The art of photogrammetry is a six step process,” said CHI President Mark Mudge. “We want to be as accurate as possible.”

There were two “passes” when pictures were taken of the mural, according to Mudge. In the first pass, CHI used a wide angle lens that covered 7 ½ feet by 5 feet area and the second pass covered 45 inches by 30 inches.

After the passes were complete, CHI uploaded thousands of  images into the computer to create a 3D effect, then grouped the pictures together to make sure the aperture and lighting were similar. Finally, they used the photogrammetry software to make a 3D image.

“So far the mural is in great shape,” Mudge said.

“The mural was always destined for City College.”

In 1940, muralist Diego Rivera painted a complex and challenging fresco rich in symbolism and imagery with origins from the “Art in Action” program hosted by the 1940 Golden Gate Exposition on Treasure Island. The mural stands at nearly 1800 square feet, making it the biggest contiguous mural that Rivera ever painted.

“My mural will picture the fusion between the great past of the Latin American lands, as it is deeply rooted in the soil, and the high mechanical developments of the United States,” Rivera said.

The mural has been moved twice in its lifetime. The first move was in 1941 from Treasure Island to a temporary home at City College where it was to be housed in the proposed library, but World War II put a halt to its construction. Afterwards, it was moved to the Diego Rivera Theatre.

“The mural was always destined for City College,” Maynez said.

CHI finished the photogrammetry on Dec. 23, moving to the next phase of the investigation to figure out its condition.

LMN Architects will be revisiting to check out the mural’s construction. The administration will make the final decision about it being moved.

Send an email to: Cassie Ordonio