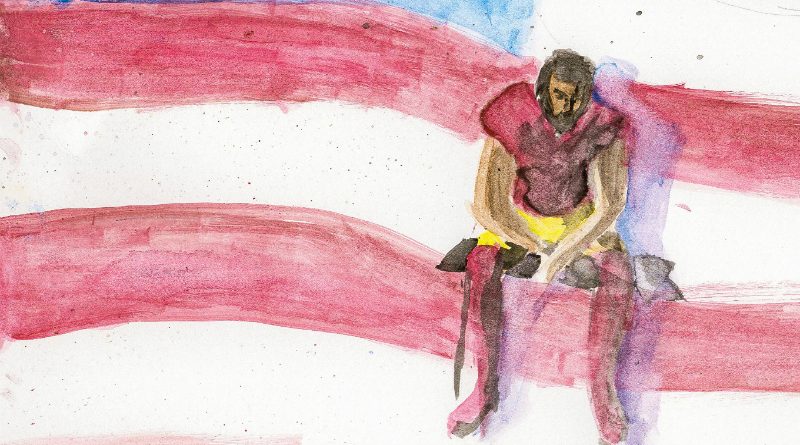 By Tarikhu Farrar, Department of African American Studies
Special to The Guardsman

Sports and entertainment are two of the few avenues that have been open to Black people as a means for achieving some degree of fame and fortune. Those who have been successful at both are expected to extol the greatness of America, and certainly not to be overly critical of this country.

At least, not publicly. Black people are expected to distance themselves from using militant or radical expressions of their struggle for social justice.

Today, militancy is most evident in the Black Lives Matter movement. Two generations ago, the equivalent was the various organizational expressions of the Black Power movement.

Some history: Sixty years ago Louis Armstrong, one of America’s and the world’s true musical geniuses, was severely chastised for his criticism of his home country.

Armstrong excoriated the federal government for its decades-long tolerance and complicity of the Jim Crow’s system of segregation and violence.

Armstrong reacted to scenes of white mobs, numbering in the thousands, and the Little Rock Arkansas Police Department that blocked nine African American students from entering Central High School under orders from the governor of the state.

He cancelled a U.S. State Department-sponsored tour to Russia in protest of what he considered the “gutlessness” and duplicity of then-president Eisenhower for his delay in responding to the crisis.

Better known from a decade later is the story of Muhammad Ali’s refusal to be inducted into the army, which focused on his opposition to the Vietnam War.

Ali was certainly opposed to the war. But the deeper reason behind his refusal to serve was his belief that no African American had any business serving in the U.S. Armed Forces for any war, anywhere, at any time.

He held this belief because of the historic denial of even the most elementary rights of equality and citizenship to the African American people. At the very time of this ordeal, a major struggle against segregation was underway in Ali’s hometown of Louisville, Kentucky.

The white press, and much of White America, vilified him. Some prominent African Americans did as well, including baseball legend Jackie Robinson.

A year or so later, John Carlos and Tommie Smith carried out their historic clenched fist protest during the national anthem at the Mexico City Olympics. Both lost their Olympic medals, gold for Smith and Bronze for Carlos, and were banned from any future participation in the Olympics.

And now, Colin Kaepernick. Kaepernick is refusing to stand and sing an anthem, composed as a poem by a slave owner who was a determined defender of slavery.

Who, in the words crafted in the third stanza of his so-called anthem, degrades the self-emancipated slaves who were enjoying their recently gained freedom and refuge with the British forces.

They had mustered their courage and determination to assist in the effort to defeat their former enslavers.

Francis Scott Key was also a founding member of the American Colonization Society, an organization whose purpose was to rid the United States of Black people no longer held in bondage. Free Blacks deemed a threat to the institution of slavery.

In Key’s vision of America, there was no place for any Black people save those who were enslaved. But there is yet more.

In Key’s poetry, the flag would survive a night of ceaseless bombardment. This flag represented a country that, by 1850, would be the largest slave-owning society bar none on Earth.

It was the flag of a country whose most sacred founding document recognized, sanctioned and protected slavery.

Aside from Colin Kaepernick’s exercising of his First Amendment rights, his actions are entirely comprehensible, and quite rational, in the light of history. Perhaps he is more knowledgeable of American history, as opposed to American mythology, than his critics.

Embodied in this history is the American world in which, and for which, the Star Spangled Banner was composed.

Colin Kaepernick should feel no compulsion to offer up, on request, this paean to such a world. None of us should.