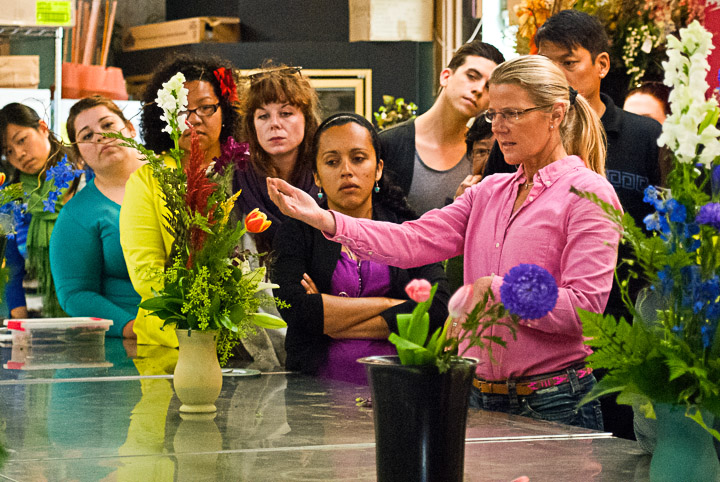 Diversity and uniqueness are long time City College’s characteristics. On June 27, 2013, six students from the Horticulture/Floristry Department embodied the soul of the college and placed first overall at the Student Design Competition at the American Institute of Floral Designers (AIFD) National Symposium in Las Vegas, Nev.

“It is incredible and wonderful that we have achieved first place overall,” Department Chair Steven W. Brown said. “I don’t know that we could expect any better outcomes for our students than that, especially since this is an international competition.”

However, City College is already international.

In fact, the winning team was made up of students coming from Germany, Russia, El Salvador, the Philippines, Korea and the United States. Different cultures together with passion, dedication, talent, experience and hard work turned out to be the keys for success.

“All these different cultures, when they are mashed together … bring a creative force that no other college can see,” instructor, coach and advisor Jenny Tabarracci said. “The way City College is so diverse, we are exposed to so much more than some of these midwest type colleges.”

City College had the largest team with six students compared to the other 14 colleges from U.S. and Canada. The competition allows a maximum of 10 students and two alternates. But “it is really a disadvantage the more people you bring,” Tabarracci said.

Still, the team was well trained, especially after the five intense weeks where Tabarracci shared all of her experience. For 20 years she has attended the conference, first as a student and subsequently as an AIFD member. She has also been a full-time instructor for 13 years in the “cool and niche department,” as Tabarracci referred to it.

However, there were challenges for the students to face during the competitions.

Moss, winner of three individual prizes, revealed that time and nervousness were the biggest challenges for her. Also not knowing which materials they would have had to work with in the four competitions (wedding, sympathy, arrangement, body flowers) was demanding.

Moss is now freelancing for renowned floral designers Natasha Lisitsa and Svenja Brotz. In the future she might open her own business. But for now, she is happy being part of the department and learning as much as possible.