Celebrated European powerhouses Manchester United and Real Madrid will come to the Bay Area and play at Levi’s stadium on July 23 but City College students have a chance to see the stars of tomorrow- today. Both the men’s and women’s soccer teams are in the full swing of spring training on the Ocean campus’ soccer field.

The 16 men were in the midst of a relaxed but focused session led by Rams Head Coach, Adam Lucarelli, before City College’s scrimmage against Division II school Academy of Art University on May 6 at 11 a.m.

Now on his 23 campaign and fresh off a season where they won the North conference, Lucarelli is an old pro at running these drills during spring training and alternated between the friendly uncle that can crack a joke with his players and the stern father whose words implore you to be better. He repeatedly stressed the need to warm up and stretch correctly so that the squad wouldn’t get injured.

Perhaps his most important advice though was, “Take pride in your work gentlemen.” Lucarelli doesn’t just mean pride on the field either. He mentioned repeatedly that a big part of what he was trying to do was prepare his players to be great as an athlete and great in the classroom as well.

The men’s team meets twice a week on the field and the rest of the week alternates between weights and study hall. The Rams boss says that study hall “is a huge component in making sure that these guys are up to to date on their school work and can transfer and graduate.”

One former Ram is reaping the benefits of Coach Lucarelli’s sound advice on academics. Sophomore midfielder, Gian Marco Zancanaro, signed his letter of intent to continue his academic and athletic career at University of Houston-Victoria. Lucarelli says that talented midfield partner Christian Carranza is also moving on to play and study at the University level. He says that they will be hard to replace as the pair were both “talented center mids and scored a lot of goals.”

Replacing them won’t be easy but is necessary as Lucarelli said, “The focus, there is a high standard of expectation, is to win state. It’s a lofty goal but I really don’t know what else you’d be going for.” He adds that different goals include “making these guys better soccer players and people.”

He’ll be expecting freshman San Lorenzo,18, center back Jorge “Pewey” Briseno and fellow classmate, 20 year old Goalkeeper Taylor Bailey of Tennessee to maintain that standard. Lucarelli says that Briseno is “a hard, honest worker” and that the Rams are very lucky to have Bailey who transferred from Division II Miami. Both players mentioned that State Cup was the goal for the team besides winning conference and Bailey in particular said, “We have a good squad and we should have a good chance.”

Returning sophomore center back, Emmanuel Lara, is pursuing a vocational degree to become a firefighter and said the goal for the Rams to “win conference again and go as far as possible in the playoffs.”

The Rams over on the women’s side also won conference last season. Santa Cruz born Head Coach Jeff Wilson is returning for his second season and said that he was “an emergency hire…really late” last season. A San Francisco state product, Wilson also coached as an assistant at Skyline College and at various clubs around the Bay Area before unexpectedly becoming the Rams’ boss last season. He said he loves his role because “its kinda where it all started” and he “has the opportunity to help players grow academically and also on the field.”

His predecessor had won the previous six conference championships so Wilson did not have the luxury to learn on the job but instead was forced to hit the ground running. “The previous coach won six in a row so we felt a bit pressured but we stepped in and picked up where he left off,” said Wilson.

In their second to last session before the end of spring training, the mood on the ladies’ side was playful and the sense of camaraderie between the eight squad members in attendance was infectious and brought a smile to Wilson’s face more than once.

Having already played their only scrimmage of spring training, a 2 to 0 loss against Academy of Art University that Wilson said “we played pretty well,” the focus in the trainings has been on making sure that the players are “getting more technically proficient, more skilled and getting more touches on the ball.” Wilson says that these sessions are important because, “During the season and fall, it’s nothing but prepping for opponents.”

Wilson hopes to have 18 to 20 players for fall 2017 and that he and his players will “work together to make themselves better.” He adds that last year his squad played a possession game because they did not have the squad depth to play a high intensity press and they “were managing health.” A bigger squad should help Coach Wilson set up his teams to play the way he wants.

One of six returners to 2017’s squad is 19 year old sophomore Shannon Garcia. Wilson expects Garcia to fill a leadership role for the team and said that as a returning player has “a real understanding of what we are trying to do this year.” The explosive right back says her focus is getting stronger as a player and for “the team to focus on camaraderie.”

For his part the goal said Wilson “is for them to have a love and appreciation for the game and have their time here be enjoyable rather than just a job.”

It seems that Wilson is also finding his time at City College enjoyable. “I love being around other coaches that are just as passionate as me,” said Wilson smiling as he ran drills.

The women’s team opens their season against Irvine Valley College at the Las Positas tournament during fall semester 2017. 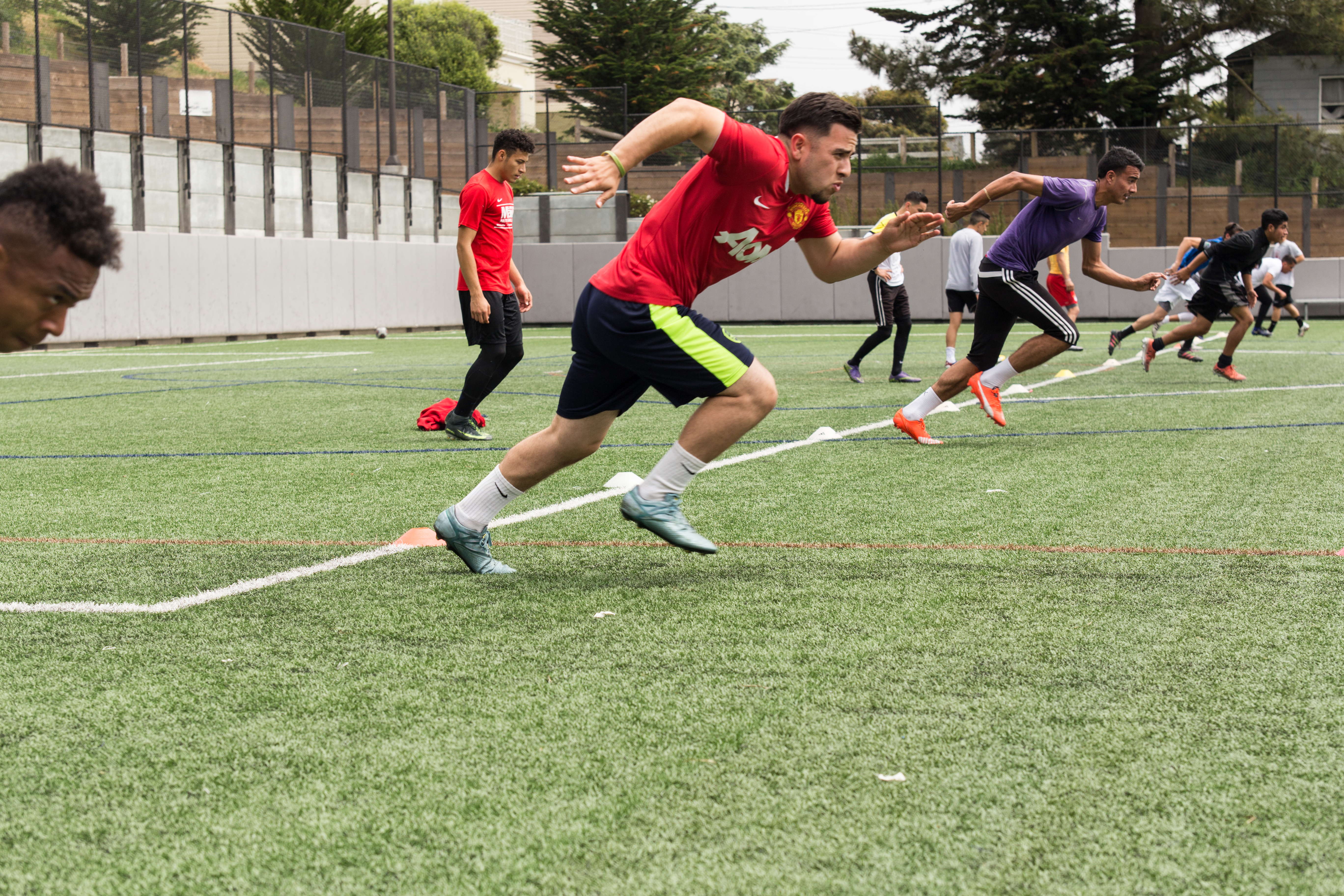 Most #students don't think they are eligible for #CalFresh, when in fact they are! And no, you won't have to pay it… https://t.co/JHGz9G4mFh