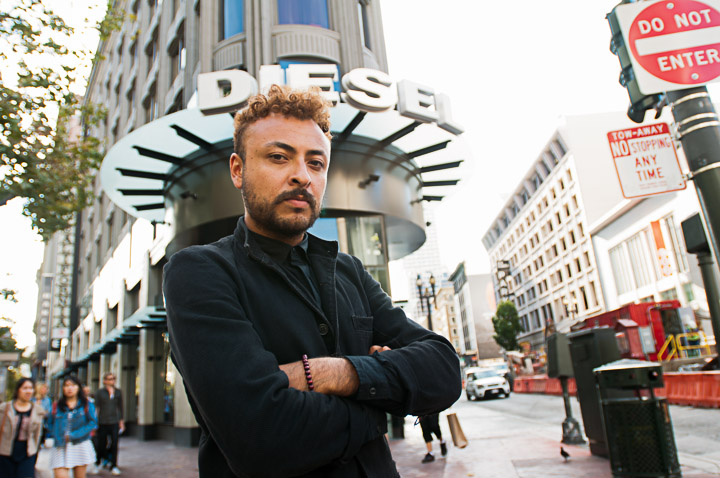 With fashion week stretching across the globe from Paris and Milan to Miami and  New York, then landing here in San Francisco, models will be showing the hottest new trends and flashing lights from cameras will be capturing it all.

One of the photographers behind the camera is former City College student Brawlio Elias, 31, who attended this year’s Miami fashion week, shooting runways for Uptempo Magazine and Sex and Design Magazine.

Before coming to City College, Elias was working in San Diego for well known companies including MAC as a makeup artist, Calvin Klein as a fragrance account coordinator and Chanel as a retail manager.

Elias moved to San Francisco in 2007 to attend Miami Ad School but instead enrolled in photography classes at City College.

“[The classes I took] helped me want to continue toward my goal and inspired me to open my own business,” Elias said.

The Business of Photography class particularly stood out to him.

“This class gave me the tools to believe in my work and that my work was worth sharing with others,” Elias said.

Since leaving City College, Elias has opened his own business as a freelance Marketing/Branding consultant where the focus of his work is the visual aspect of companies’ brands.

Whether it is interior design, marketing, purchasing or website design, Elias does it all.

“I’ve referred him so many times because he is able to add so much to any project,”  Ernesto Meneses, a hairstylist for Aveda Salon who has worked with Elias, said. “He manages to make everyone feel comfortable with his fun and upbeat attitude which is important when being photographed.”

“I fell in love with his work instantly,” Muller said. He remained impressed by Elias’ talent.

“The next big thing we’ll see in the industry is installations over runway shows,” Muller said. “I can see one of his films opening the next big ‘it’ designer of the fashion industry.”

Elias is currently working with International Retailer Diesel SPA creating a training video for North America Territory retail division that is set to release on Sept. 30.

He worked on the film “Replikaa,” which deals with organ trafficking, as Creative Director and Costume designer. The film received an award at the 2011 Silicon Valley Film Festival for Best Vision of the Future.

Even though Elias has been working 80-hour work weeks, the passion he has for his career will never fade. He is satisfied doing something he is passionate about knowing he will inspire and create an impact on people.

“Never limit yourself to what you are able to do,” Elias said. “Always pursue other things related to your field. It helps you identify what you really want in life and what career path you want to take.”