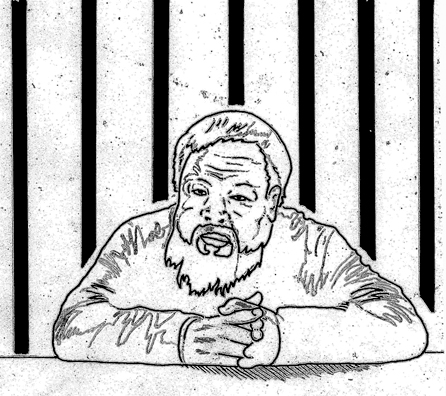 By Catherine Lee
The Guardsman

As part of a crackdown on free expression, Chinese police detained the artist Ai Weiwei, and the arrest has finally galvanized global institutions to demand the release of political prisoners.

Disregarding the admiration Ai’s work has brought to the country, the Chinese government brought shame on itself when it locked up artists, writers, netizens and filmmakers, as if that’s a solution to problems of government abuse and people’s craving for freedom of speech.

As the son of a famous poet and the poster boy for successful contemporary Chinese artists, it seemed like Ai enjoyed special status. But his international fame wasn’t enough to save him from government persecution. Over the years, he’s been watched by surveillance cameras, beaten by authorities and had his studios demolished.

The artist’s “Sichuan Earthquake Names Project” was an attempt to name all of the children killed in the 2008 Sichuan earthquake after authorities refused to provide details of those who died in shoddily constructed schools.

Officials could have started addressing the issues that keep it in an uneasy, stunted relationship with Chinese citizens. Instead they chose to jail the messenger.

As an artist and designer, Ai received particular attention for his contribution to the “Bird’s Nest” stadium built for the Beijing Olympics.

His enormous art installations, like the 20-foot high vortex-shaped sculptures of bikes or chairs or other prosaic objects have been in the top-tier museums worldwide. “Sunflower Seeds”, his installation in London’s Tate Modern museum has been called a masterpiece in the British press.

For years, western governments have prodded China into an upgraded assessment of human rights.

China’s actions mock the effort put into human rights discussions, but imprisoning someone as famous as Ai signals a new stage in Chinese authoritarian control.

“I am deeply concerned at the deterioration in the human rights situation in China,” said Baroness Catherine Ashton, trade commissioner for the European Union, in a statement that mentioned Ai by name.

From the EU to the U.K., numerous strongly-worded denunciations have been issued which single out Ai’s detention as unacceptable.

The statements from western governments have clearly noted their awareness of this massive crackdown on Chinese advocates of free expression. Human rights groups who monitor the country are playing a valuable role by tracking dissidents who’ve been detained, disappeared, or under soft detention.

From the 1960s Cultural Revolution to the 1989 Tiananmen Square massacre to the current dissident roundup, the Chinese government has continually used force to control the human urge for freedom of expression and intellectual pursuit.

But given the astonishing amount of globally communicated data and cheap digital video, the authoritarian and oppressive practices of the Chinese government have been revealed to the world in new detail.

The directors of the Guggenheim, the Tate Modern and the Art Institute of Chicago, to name a few, have already posted a petition to the Chinese government to free Ai. The petition went from 18,000 to 80,000 signees in fewer than 72 hours.

British Foreign Secretary William Hague noted that governments like the U.K. want to continue to engage China on human rights, not only for their own conscience but because the advancement of a civil society with predicable laws is good for China’s long-term stability.

If art is a human necessity and the urge for personal expression is repressed in a society, then those repressive practices are inhuman. Sign the petition and urge China to move its own history forward by releasing political detainees.