By Jordi Molina/ Special to The Guardsman

San Francisco Public Utilities Commission (SFPUC) has had their eye on the City College Southeast Campus for quite some time and have stressed that they will take into account the needs of the surrounding communities. However, it now appears that SFPUC has not been open about what plans they have for the Southeast Campus.

For years SFPUC has expressed a desire to relocate the Southeast Campus to Evans Campus while renovating and turning the Southeast Campus into their administrative building. SFPUC has been open in the past regarding their aforementioned plans, though they have appeared to be stagnant for quite some time due to negative responses from the community and neighborhood.

The Southeast Campus has served many within the Bayview community by providing very important programs and services which have resulted in increased enrollment at the campus and higher levels of education. It has been a great service to the community however by moving it to the Evans Campus it will temporarily remove programs and classes which affect the everyday lives of the surrounding Bayview community.

A year ago SFPUC said that they would take into account the communities thoughts and opinions regarding the Southeast Campus takeover. It has been some time and there has yet to be a recent publicly held meeting on whether they will still be taking over the Southeast Campus. Many people who work within the Southeast Campus and live in the neighborhood have not heard from SFPUC for awhile on their plans.

The Southeast Campus Librarian, Karen Chan, who has worked there for eight years is one of many people who has not heard any recent updates about SFPUC’s plans. “I think first of all they have to understand the needs of the neighborhood.SFPUC does not take community input,” Chan said.

The Editor of the San Francisco Bayview newspaper, Mary Ratcliff, has been active within the Bayview community and has much criticism about SFPUC’s proposed takeover of the Southeast Campus.

Ratcliff said, “they have always had their eyes on that building and this is an ongoing battle against City College.”

Ratcliff also mentioned that they tend to not stick to what they say they are going to do. During the funeral of Dr. Espanola Jackson, a long time Bayview activist and important figure of the community as a whole, SFPUC General Manager Harlan Kelly said that they will honor Dr. Jackson and that they will help the community, yet there has been no action or further mention of these promises.

“It’s a long lasting battle but it doesn’t appear we will win,” Ratcliff said. SFPUC has not put out any plans or responded to our attempts to reach them. The fate of the 1800 Oakdale building known as the Southeast campus remains uncertain. 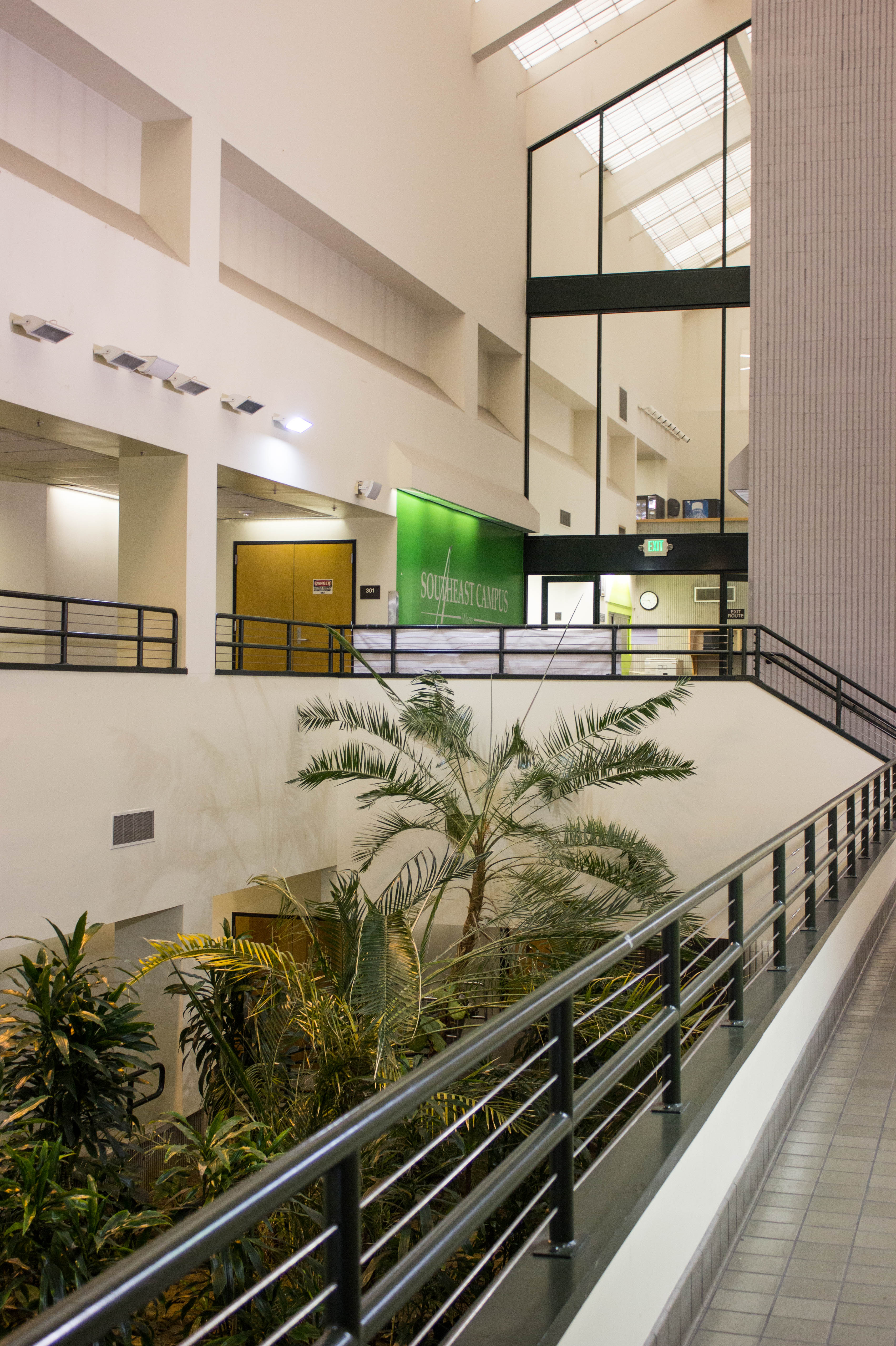 One thought on “Future plans for Southeast Campus remains cloudy”

Issue two is up and running! Make sure to check it out! https://t.co/s2mG8GAPYx

Etc. Magazine is written, edited, photographed and designed by students at City College of San Francisco. Etc. Magazine Site
Do NOT follow this link or you will be banned from the site!