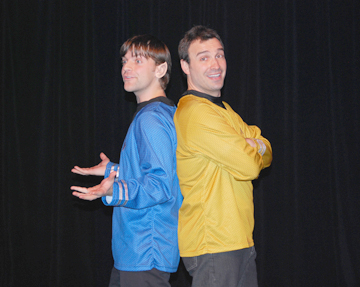 By Frank Ladra
The Guardsman

The upcoming show, appropriately titled “Old School Maturity,” reflects the comedy troupe’s movement away from moral constraints, giving the members the ability to be a unique production within the Bay Area. And no joke is off limits.

Yet instead of the unconstrained humor meaning to be crude and offensive, the show is intended to make the audience laugh at themselves and society.

The Tinker Show is performing live July 7 and 8 at Stage Werx Theatre. Tickets are $18 to $20.
Visit www.thetinkershow.com for more information.