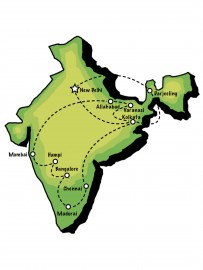 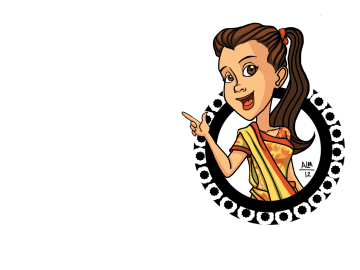 By Mckenna Toston
The Guardsman

I told myself a hundred times I wouldn’t cry on my last day. I never cry. Why should I now?

It’s not like I fell hopelessly in love with a man who lives on the other side of the world, who I’ll probably never see again.

It’s not like I left pieces of my heart scattered around India.

A piece in the streets of Kolkata. A piece In the temple of Madurai. In the rice fields of Hampi. In the slums of Mumbai. In the Ganga along Varanasi. In the mountains of Darjeeling. And a piece in the hands of the most beautiful man I’ve known.

After 22 hours on a plane, a million questions from eager friends and family, a dozen sub-par Indian-American dishes later, I’m still crying.

I can’t even tell you how many I times I’ve checked plane tickets to Kolkata since I got back. I miss everything about India. Well, almost everything.

I don’t miss feeling disempowered as a woman.

Now that I’m home and able to see things clearer, I’ve realized that while in India, I felt more disrespected and objectified than ever.

As a woman, I was constantly stared at, verbally abused, and sometimes even physically harassed.

And when explaining that I don’t see myself becoming a traditional housewife, I was confronted by comments like “a woman’s place is in the home,” or “you must serve your husband.”

Complete and utter confusion was the usual response.

“You want to have a career and travel the world solo? Have you gone mad?”

I was more than willing to voice my belief that a woman’s life is her own, and she should be free to do what she wants with it.

Sometimes that went over well. Most of the time, it didn’t.

In addition to the belittling comments, being interrupted was a recurring incident. I often felt as though people were talking at me, and not with me. I was constantly fighting for my voice to be heard, sometimes even with Sonu.

This is not to say that the same issues don’t exist here. I’ve been groped in a club in the Mission, and verbally offended by plenty of people. But on a completely different scale. It was a regular occurrence for me while in India.

Of the many lessons I learned while away, perhaps the most valuable is to be grateful for the freedom I have. Especially in San Francisco, where I am free to date people of all genders without being questioned.

In India, homosexuality was illegal until 2009, and remains a taboo subject.

I learned quickly to keep my mouth shut regarding identifying as bisexual.

A European traveler I met in Varanasi put it perfectly, “San Francisco is like a fairy tale.” And now that I’m back, I couldn’t agree more.

As I settle back into the Sunset, I am reminded why I was reluctant to leave in the first place. Good friends. Great coffee. Beautiful beaches. Chill vibes. A variety of amazing food and beer. What more could I ask for?

I realized just how happy I am to be back when I reunited with the children I’ve spent the past two-and-a-half years with as a nanny. I’ll never forget the smiles on their faces when I stopped by to deliver gifts I picked up for them on my adventure.

As my craving for an authentic plate of rice and dal subsides, along with my desire to take a walk down Park Street in Kolkata, the stubborn and overwhelming longing to pass my days with Sonu refuses to subside.

I’ve dreamt about him every night since I left him.

We Skype often and talk about our plan to see each other again. But the reality of it is that he doesn’t have the money to come here, and I don’t have the time to go there. At least not until I graduate.

I’m not sure what will come of our relationship. Maybe we’ll slowly forget each other, or be swept away by new loves.

Or maybe we’re soulmates and will end up spending our lives together.

I’m hoping for the latter. I have a feeling he is, too.

For now I am trying to focus on my life in San Francisco. I just have to get used to having a big piece of my heart in India.

If it becomes too painful, I’ll have to go back and get it.