Rushing for 136 yards in the 55-21 win over Sacramento City to break the record, Floyd’s performance left his teammates and coaches awestruck all season.

“There is no question he is one of the best we have ever seen,” offensive coordinator Dan Hayes said. “City College has had some great running backs over the years, like OJ Simpson, guys who were tremendous so for Isaiah to break the record with the guys who have come before him is a huge achievement.”

“I feel like I am in special company,” Floyd said. “All those guys on the list have gone on to do great things and I hope I can join them.”

Before Floyd broke the record head coach Jimmy Collins noted how big of an achievement it would be, especially considering the amount of time Floyd sat out during games when the Ram’s winning by multiple touchdowns.

“He has sat out four halves because we had significant leads,” Collins said. “That is two full games that he didn’t get to play. The guys on the all-time list number five through one played twelves games. He is getting eleven, and really only nine when you take the four halves away. So it is just amazing.”

“His performance has been everything we have dreamed about in a running back,” Collins said. “He works so hard in every area.”

Floyd is a player with multiple skill sets. Although small, Floyd is listed at 5’7/185 lb., packing a considerable amount of strength into his smaller build. An exceptional runner, Floyd is able to stop on a dime and reverse directions, leaving defenders grabbing air when they go in for the tackle.

“His pass blocking skills were just tremendous,” coach Hayes said. “It shows a lot of heart and desire for a star like Isaiah to block the way he does. He was great at picking up the blitz, and helps the offensive line. It’s his special way of paying those guys back for the blocking they do for him.”

Floyd is extremely grateful for the help he received from his offensive line.

In addition to his 1797 rushing yards on 235 attempts for 7.6 yards per carry, Floyd ran for 21 rushing touchdowns. In the passing game Floyd caught 13 passes for 133 yards and two receiving touchdowns.

Before coming to City, Floyd played high school football at Foothill in Pleasanton. Having greyshirted his first year at City College, Floyd will be able to play three years of Division-1 football. Although coaches can’t offer Floyd an athletic scholarship yet, they are still talking to his coaches about his potential. Coach Hayes mentions that staff from Colorado, Utah and Washington State have all inquired about Floyd playing for them.

“Greyshirting the first year really helped me,” Floyd said. “I want to be one-and-done here so I can still have three years of eligibility left when I transfer. That will really help me because it will give me more time to get stronger and develop at my new school.”

Floyd’s coaches believe he will be able to succeed at the next level.

“He has everything coaches want now days: he can run, catch and block. He is a great teammate and works hard every day,” Hayes said. “You look at the players he has surpassed on that list and all of them went on to do great things. There is no reason why he won’t join them.” 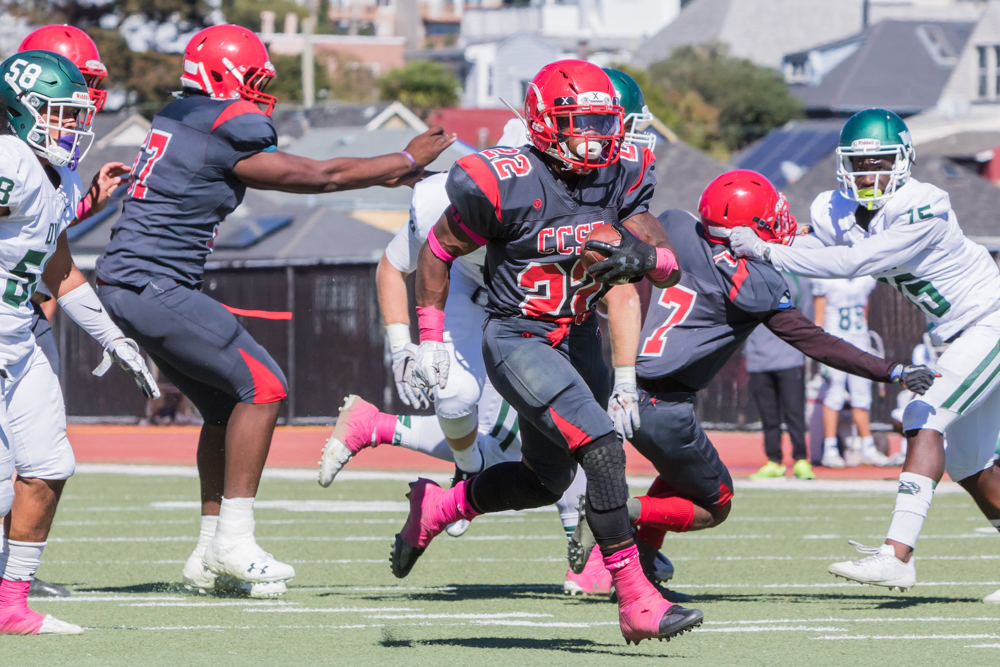 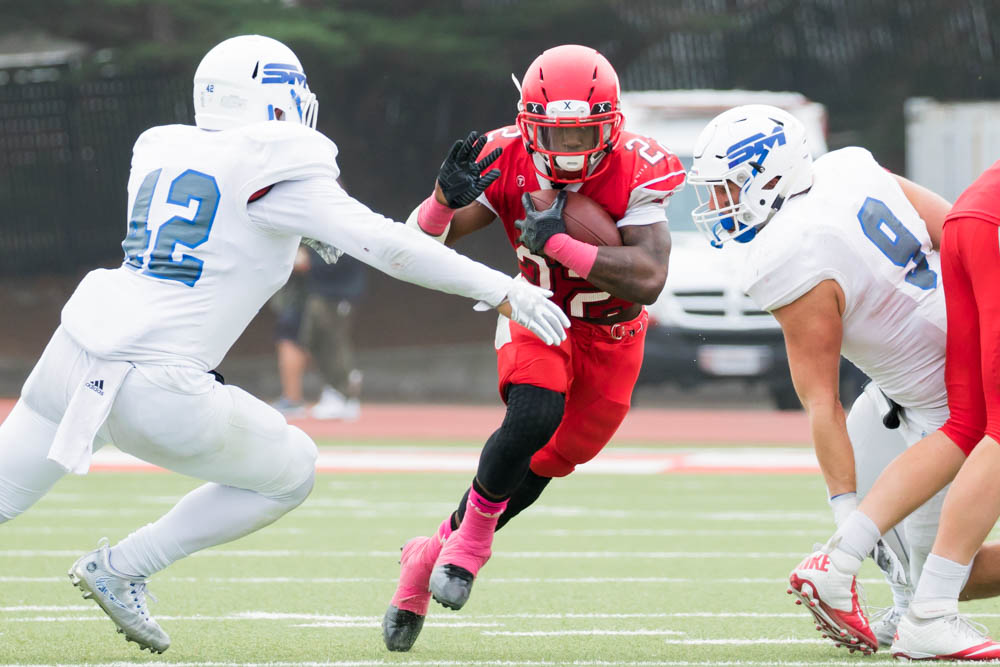