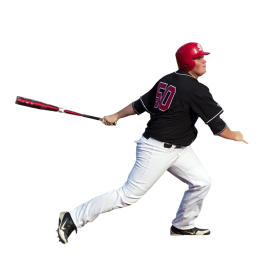 By Dan Harrington
The Guardsman
It was San Francisco versus Oakland this past Friday and Saturday, the first baseball games of the season for the City College Rams and the Laney College Eagles.

After two scoreless innings, the visiting Eagles plated three runs on four hits in the third inning off Dunne. Four seeing-eye singles snuck through on the synthetic turf to put Laney ahead.

In the fifth, Dunne was chased off after a potential double play ball became an error at second base.

Two singles by Eagle batters Jacob Schober and Todd Burgos followed and made the score 5-0. Laney added an unearned run in the seventh.

Three of the six runs allowed were unearned by four Rams pitchers.

Offensively, Rams sophomore Ben Ladner etched singles in the first and third innings, and also walked in the sixth. Ladner would trade those pluses for a different outcome with the bases full in his last at-bat, as he struck-out to end the seventh with the bases loaded.

“A knuckleball got me,” Ladner said later. “Next time with the bases loaded I’m not going down that easy.”

In the first inning in Oakland, Ladner fought off hot pitches by Burgos, the Eagles’ game two starting pitcher. Then Ladner laced the third two-and-two count pitch down the third base line for a double.

The two-bagger went for naught, with a punch out on strikes, a great catch in right field, and a groundout.

The key play was an overthrow of first by Rams shortstop, Juan Miguel Perez on a ball hit by Schober after a one-out Eagle single. Orwig struck out the next hitter, but a one-run double and two-run single immediately thereafter made it 3-0 Laney.

City scored its first run of 2013 in the second inning, with freshman center fielder Bryce Jones laying down a bunt that imperiled Eagle third baseman Jacob Schober, who couldn’t throw home in time to get Ram baserunner Geoff Ogata racing in from third, making it a 3-1 Laney lead.

The run scoring play followed a Perez smash off the Laney pitcher for an infield hit. Ladner then struck his fourth hit in five at bats, but a bases loaded errant pitch bounced perfectly for Laney. Catcher Kenney Chavez threw to Burgos covering the plate to nab the diving Perez. The Ram threat ended.

After one earned and one unearned run scored for Laney, City College came back to set the table in the top of the fifth.

With one out, Ladner reached on an error on a hard hit ball. Taleroc launched a double to right, and Ladner galloped the distance home to make it 5-2. Sebastiani walked and both runners moved up on a wild pitch by Eagle reliever Matt Pomykala.

The big hit with the tying run up was elusive once more.

After a strikeout, Murphy’s drive into the right-field corner was snared on another brilliant grab by a Laney outfielder to end the inning.

“It comes down to a few crucial plays,” Ladner said. “As the season goes, we’ll get those bounces.”

The Eagles earned some cushion in the bottom of the seventh, with two doubles, a triple, a walk and a sacrifice fly. The four runs garnered completed the scoring.

“They hit with runners in scoring position, and we didn’t [in the series], Rams head coach John Vanoncini said. “We just need to play catch and limit the damage.”

The head coaches of the two teams both started their 13th seasons in charge of their respective squads with this year’s transbay matchup.

“They hit line drives, put the ball in play, and compete,” Laney head coach Francisco Zapata said of the City College team. “It seems like they’ve gotten better since seeing them in the fall.”

The Rams play Los Medanos in Pittsburg, Calif. on Feb. 7 at 2 p.m. and are back at Fairmont Field in Pacifica to conclude their series with the Mustangs at noon on Feb. 9.