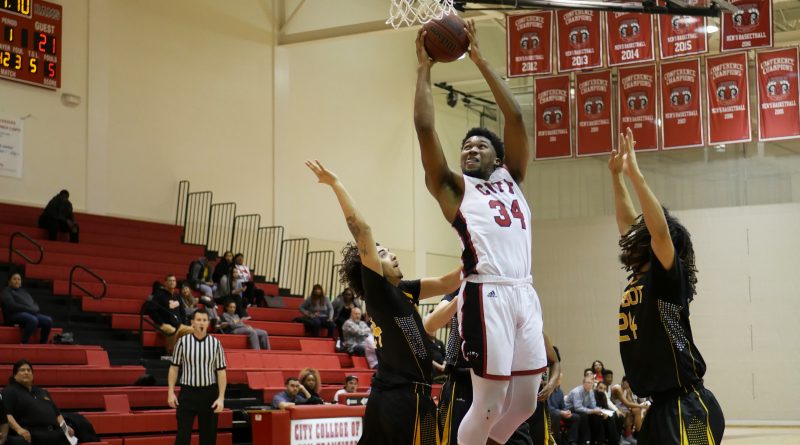 City College men’s basketball continue their impressive season with a dominant performance over Chabot 106-69 at home on Jan. 02 to capture their nineteenth straight win.

Minutes into the game the Rams went on a 20-4 run, not to look back.

The Rams’ high powered offense was on display in the first-half, scoring over 60-points.

Leading all scorers with 17-points on the night was point guard Terrell Brown; who’s also the teams leading scorer. Terrell was able to make it to the free throw line early and often, scoring 10-points from the line.

“It’s nice–I can drive hard to the basket with confidence that if I dish the ball our guys will make it,” Terrell Brown said.

Sharpshooter Eddie Stansberry went 3/3 from beyond the arch. Stansberry has helped the Rams establish a real deep threat, shooting 43 percent on the season from long range.

All-around player Dexter Hood snatched 10 rebound along with 5-points. While fellow teammate Michael Wright put up 9-points, being one of eleven Rams players to score.

Similar to the Golden State Warriors, City College has outstanding  depth to their lineup. Four players scored in double digits, three of those players came from their reserves.

“In our offense we have a lot of weapons and on any given night somebody could go off” Head Coach Justin Labagh said.

Guards Eddy Ionescu and Curtis Witt came off the bench to score a combined 32-points.

Halfway through the second-half the Rams surmounted a nearly 40-point lead (85-47) against an overmatched Gladiators defense.

City College proved to be too much for Chabot, beating them for the second time in conference play. This is the eighth time the Rams have scored over 100-points in a game, with a season average of 94-points per game. They improve to 24-1 overall and 10-0 Coast-North conference play.

Head Coach Justin Labagh isn’t satisfied just yet, he believes his players are even more capable and encourages them not to become complacent on the court. Not having a set starting five has allowed coach Labagh to keep his players competing amongst each other for the starting job. Of the twenty five games played the Rams have had up to sixteen different starting lineups.

The key to success for City College has been their selfless play. “We have a great group of guys who don’t care who starts or how many points they score,” Coach Labagh said.

Coach Labagh thinks they will need to carry on playing as a unit and focus one game at a time if they’re to repeat a State Title.

City College men’s basketball team went on the road to play Coast-North rivals Foothills and won in a gutsy 69-65 victory; extending their win-streak to 20.