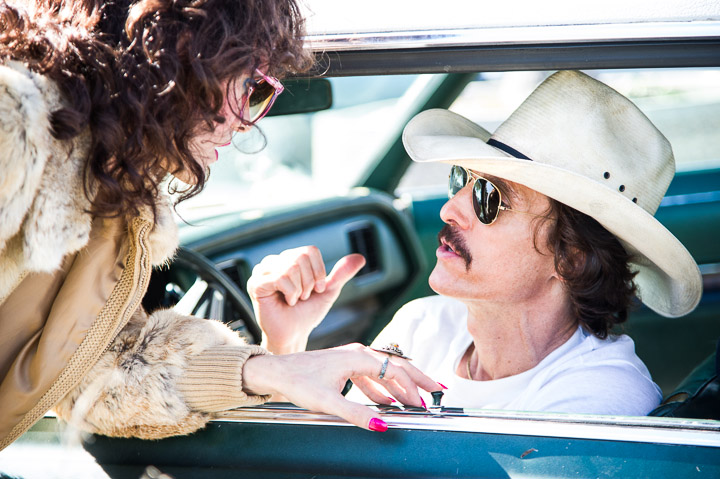 It has all the markings of an Academy Award winner. The movie is a brilliant telling of the fact-based story of Ron Woodroof, an imperfect man fighting for survival during an uncertain time—the Reagan years in Texas.

It stars Matthew McConaughey and Jared Leto, both giving performances of a lifetime.

Woodroof (McConaughey) is a down-home, homophobic country boy who, in his leisure time, likes to drink, sniff copious amounts of cocaine, ride bulls and have sex with female prostitutes who have noticeable track marks.

One of these extracurricular activities gets him infected with HIV and he’s given 30 days to live.

The movie follows his battle against the virus, the Food and Drug Administration and big-business pharmaceutical companies.

So, what is this “buyers club?”

It’s a rejection of the medical and scientific community. Woodroof uses a motel room as a makeshift dispensary for alternative AIDS treatments, vitamins and minerals.

He becomes a modern-day Robin Hood—robbing from the rich and, well, selling to the poor. But his treatment methods are getting better results and people are living longer.

McConaughey’s performance is what makes this film brilliant. Both he and Leto completely transform themselves from Hollywood A-List hunks to sickly, heart-wrenching characters.

Leto, you know that guy you would drool over in “My So-Called Life,” is anything but a heartthrob here. If McConaughey shines as Ron, Leto is nothing less than phenomenal as transgender drug-user Rayon.

Both men lost dangerous amounts of weight to play these memorable characters. They both look like they are headed for a very early death.

Leto plays Rayon with truth and honesty, transforming what could have been another “To Wong Foo,” one-sided comic representation, into a real person with feelings and a strong will to live.

The movie is more than just a look at the AIDS epidemic, homophobia and intolerance. It’s a serious commentary on the role of drug companies in our fractured health care system.

The principles reflected in “Dallas Buyers Club” are just as applicable today as they were in 1985. Your friendly, neighborhood drug company is looking to line its pockets at the expense of desperately sick patients hoping for a modern miracle.

Should you go see this movie? Absolutely. Run, don’t walk, to the theater to see two of the best performances of the year. Just make sure to bring Kleenex.