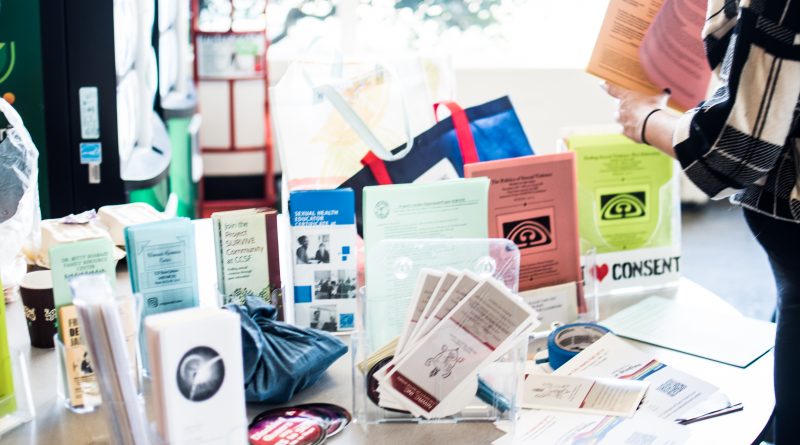 Despite brooding stormclouds that forced a last minute relocation, the Multicultural Day hosted by Associated Students attracted some 70 students at Smith Hall on Nov. 10. There were some dozen displays from cultural groups that included everything from the Latino Services Network and the Gender Diversity Project, to religious groups like Beta Israel and the Muslim Student Association and even two recruiters from the Navy squeezed between the Women’s Center and student DJ Adam Fogle.

The lead organizer from Associated Students, Vice President of Cultural Affairs, Melissa Hendrick, grinned broadly as she pointed out the disparate groups represented. “This is my first time doing Multicultural Day and we may do it every semester from now on! The location change was a shame but if we make a difference for 50 people that’s a huge success from my point of view. The whole point is to spread love through City College and to educate people,” Hendrick said.

The Muslim Student Association displayed a number of pamphlets explaining various questions people might have about basic elements of faith, such as Sharia or the Five Pillars of Islam, while a lovely Quran was open on their tabletop. The Chinese Cultural Club presented a banner covered in bold Chinese calligraphy and invited passersby to try traditional interlocking wooden puzzles.

A representative from the Gender Diversity Project who introduced himself only as “Leroy” gave a speech about the need for gender neutral restrooms on campus followed by other individuals speaking on topics such as growing up black in Alabama.

The student group “The Jazz Heats” punctuated the event with a Bob Fosse routine, and Dj Adam Fogle played a lively selection throughout as students slipped free cucumber water and coffee.

After a slow start, by the end of the event students of all sorts were engaged in knots of lively conversation with laughter throughout. While it is impossible to know just what each individual gleaned from the event, smiles graced the faces of nearly all as they left Smith Hall. “So much hate is just ignorance…in the end we need to live together,” Hendrick said.