Yikes! There are so many shows coming up in the next few weeks that I would love to see, it’s having a kind of debilitating effect on me. Even if I had the money, I wouldn’t have time to see all these great bands.  But I suppose as far as problems go, this is an enviable one.

This electro duo from Oakland became Internet-famous a couple of years ago with a string of zany remixes including one of Jay Z where they took his song, “death of auto-tune,” mashed it up with “99 Problems,” and auto-tuned the shit out of it until it sounded like he was saying “I’ve got 99 problems but my pitch ain’t one.” Chicago mashup dons The Hood Internet have been rocking parties all over the country for several years now.  They maintain a blog of the same name where they mashup the freshest independent music and give the results away for free.  This should be a hell of a party.
July 23 at The Great American Music Hall $16

Cults burst on to the scene last year seemingly from out of nowhere.  Releasing two singles onto the Internetz, they set the blogosphere alight with their retro take on indie pop.  Their infectious sound incorporates doo-wop, Motown and surf-pop into saccharine tunes that seem to just dissolve like cotton candy before the listener.
July 25 at The Bottom of the Hill $12

Fresh off the release of the “Smoke Ring For My Halo,” one of this year’s best albums so far, folk impresario Kurt Vile and his band The Violaters are set to bring their strangely psychedelic folk to the Bay Area.  Opening for experimental indie legend Thurston Moore, the seemingly ageless Sonic Youth frontman, This will undoubtedly be one of the greatest shows of the summer.
July 26 at The Great American Music Hall $22

Yuck is another band with a lot of hype coming off the release of a brand new album.  Their fuzzy indie rock sound is perfect listening for those hazy summer evenings, and rumor has it that their live show is not one to be missed. They split the bill with yet another Internet buzz band, Oregon’s Unknown Mortal Orchestra.
July 26 at the Independent $26

This homegrown Bay Area trio has been wowing critics since at least 2009.  Known for their intricate three-part harmonizing, the all-female act create a delightful mix of surf-y punk rock and pop music, that’s as catchy as it is unique to them.  These gals always put on a great show, so come out and support Bay Area music.
July 27 at Thee Parkside $8

The story of Das Racist is an interesting one.  They first made their presence known back in 2007 with the viral Internet hit “Combination Pizza Hut & Taco Bell” where they repeated the phrase “I’m at the Pizza Hut; I’m at the taco bell; I’m at the combination Pizza Hut and Taco Bell,” for almost four minutes over a Spartan electronic beat. It was a polarizing debut that became all the more bizarre when it was discovered last year via two excellent mixtapes that, far from being a novelty act, these guys are actually serious artists with impressive lyrical acumen.  There aren’t many rappers that can make you laugh and think simultaneously.
July 29 at The Fillmore $18 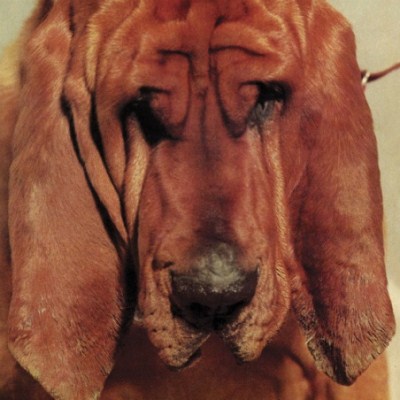 I’m a big fan of this guy.  He has a salt of the earth approach to song-writing that is totally refreshing: no gimmicks just noisy rock ‘n’ roll and sweet, sweet hooks.  It’s a raucous “turn the amp up to 11” garage music that makes no apologies for its lack of refinement.

That being said, Segall’s latest release, Goodbye Bread, is a slight departure from the sound he’s come to be associated with. “Departure” is probably the wrong word, its more of a modification, a broadening as it were.

It’s still plenty raw and in your face, it’s just that there are some quieter moments on this record as well. The added dynamics actually work out really nicely for Segall.  The louder moments are rendered all the more ear-splitting when interrupted.

This alteration also serves to better highlight the different musical influences of this 23-year-old Southern California transplant.  The blues influence is immediately recognizable, even if it’s often buried under a heap of distortion.  The imprint of ‘90s grunge rock is also pretty clear, especially in the vocals, not just the tone and delivery, but  the lyrics as well.  There’s also a pretty healthy dose of twangy West Coast surf-music, and a general ‘60s-ish garage pop thing going on.

Even if this album isn’t as earth-shakingly loud as Melted there’s very little in the way of nuance here, but when you do something well, why complicate things.