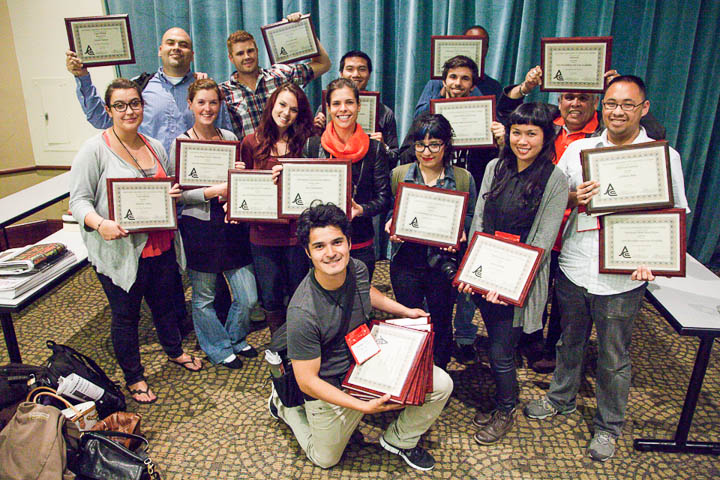 The Guardsman staff competed against 17 other Northern California community colleges and obtained more awards than any other college in attendance.

“The beacon of journalism here at City College is very bright these days and these wins continue to keep the light shining on the department as a basic part of the college that is doing very well,” Juan Gonzales, journalism department chair and newspaper adviser, said.

Gonzales has been teaching at City College since 1985 and contributing to the JACC for 15 years.

The Guardsman received the Newspaper General Excellence award, highlighting the achievements of the newspaper’s entire staff.

Among the photographers was The Guardsman’s Santiago Mejia who took third place in the news photo competition and second place alongside Juan Pardo in the mail in online photo story competition.

“My favorite part of working for The Guardsman is that it’s all student run,” Mejia said. “It’s our responsibility to find out what’s going on in our community, to gather story ideas, to put the paper together and to distribute it. It’s a huge responsibility but everyone puts in their part.”

“To be a cartoonist, besides being an artist, you have to be journalist and an activist,” Mata said.

In addition to competitions the JACC also hosted speakers and had workshops with a variety of topics.

“It just reinforces what a lot of people believe, that this is a solid program. The training people get translates into people’s abilities to get awards and I think it’s a continued tribute to the quality of instruction they get and the commitment people have for obtaining those skills and to be competitive at any point in their life,” Gonzales said. “That brings a big smile on my face.”

Attending, competing and winning awards at journalism conferences is just part of the overall experience for Mata.

“It’s the spirit and passion for their work that drives me,” Mata said. “Best decision I have made [was] to join The Guardsman.”