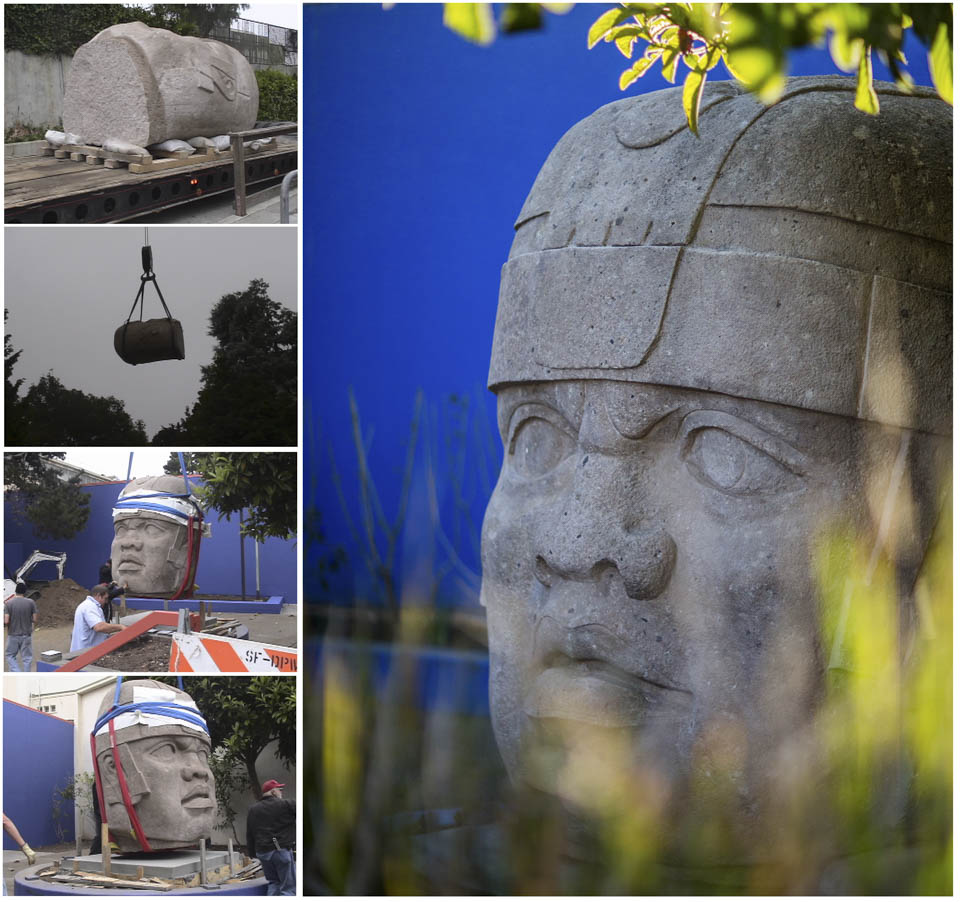 Ten years ago this October, Ignacio Pérez Solano’s 9-foot statue completed a 2,500-mile overland journey from Veracruz, Mexico, to arrive at City College, where it was installed by crane.

Like Diego Rivera’s famous “Pan American Unity” mural, El Rey looks to the advancements and achievements of the early Americas, rejecting the common concept that sophisticated civilization was born out of Western society.

“Culture was happening on this continent long before” it did in Europe, said William Maynez, former physics lab manager and current Diego Rivera Mural Project coordinator, who oversaw the arrival of El Rey.

Rivera himself contended that muralists and artists needed not look to Europe for motifs and ideals when the Americas shared their own rich history and unique aesthetics. His viewpoint resisted the growing fascist hegemony that would lead to World War II.

Maynez thinks it’s important to preserve these works as well as the communications that surround their history, upkeep and future. In an age of text messaging and emails, these records are often short-lived.

“These are legacies that are going to be here long after most of us,” he said.  “There are some big philosophical issues here about saving these stories.”

When it comes to preservation of campus art and buildings, Maynez said, the college needs forward thinkers who can envision how years of wear and tear will affect the structures.

Renowned San Francisco architect Timothy Pflueger commissioned many permanent art pieces for the school and designed the science building with a terracotta roof that still holds up today.

But unlike many other campus artworks – including the Rivera mural and Frederick E. Olmsted’s limestone heads of Thomas Edison and Leonardo Da Vinci on display at Ocean Campus’ middle courtyard – the tough basalt Olmec head should be able to survive the elements for many years to come.

Harry Parker III, then-director of the Fine Arts Museums of San Francisco, chose City College for the site of the statue, which he was offered on a trip to Mexico’s Museo de Antropologia in Xalapa.

The state of Veracruz had commissioned true-to-life replicas of the Olmec originals, which have been placed all over the world, with City College being among the first recipients.

The school has a history of stewardship of Latin American art, ranging from Mission Center’s colorful Aztec Calendar to Pacifica, an 8-foot statue also located in the Frida Kahlo Garden.

“Especially in the morning, when the raking lights come in, it’s like having a big Buddha head here,” Maynez said.