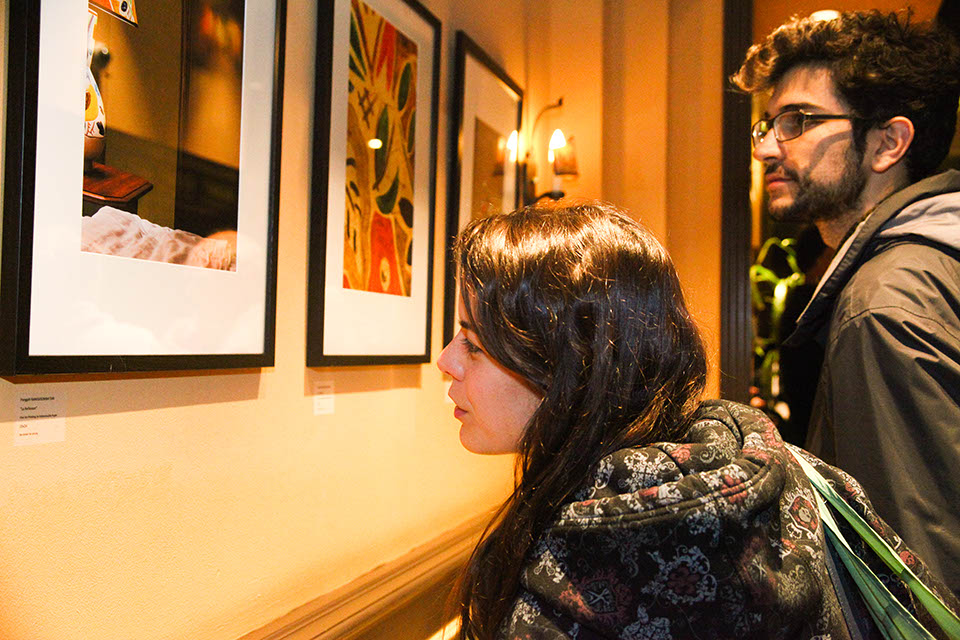 What would you do if you have only two hours to spend in a hotel room? For 13 photography members of 81 Bees Collective, sleeping was not an option, each photographer was given two hours within one day to be in room 704 at Hotel Rex, to create photographs and then exhibit selected images in “Room 704” show. About 250 people attended the show’s opening reception on March 27.

The first collaboration between Hotel Rex and the group began when Marsha Guggenheim, 81 Bees member proposed this concept to Ina Dang, general manager of Hotel Rex.

“This is the first time to do a group and to actually take our own paintings off the wall and put on there,” Dang said “We featured other people’s arts but never as completed show like this.”

81 Bees is a photography group, made up of students from City College’s Advanced Black and White Darkroom Techniques class and more than 60 people including former and current city college students. Currently, the collective has 28 photography members who are actively involved in the group.

“Our vision is to support unknown artists, that’s why it’s perfect with 81 Bees,” Dang added.

The photographs are on display until April 30 at the Hotel Rex lobby located at 562 Sutter St. 81 Bees photographs can be seen at http://www.81bees.com