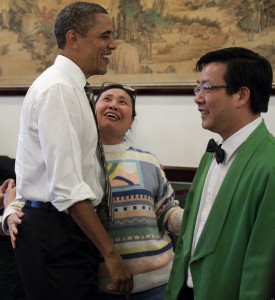 But as Chinese ladies smiled in front of the cameras, their hands were not simply behind Obama’s back, specifically surfacing on his rear end.

Not just once, but twice. 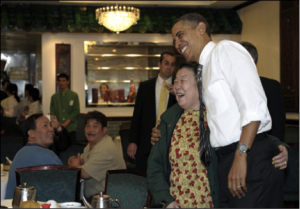 Viewers may be disgusted that the President, and his secret service members, allowed such unfortunate misconduct.

But in reality, this butt-grabbing incident was not a big deal because it was not intentional. These ladies did not touch the president’s rear end because they were being sexually suggestive.

These ladies were so excited to pose with President Obama, that they decided to place their hand on his back, regardless of its location.

It just happened to fall on his rear end. (Insert laughter)