Graham’s photos primarily reveal the colors, plays of light and patterns of nature, such as a lone hiker against a golden twilight sky, the texture of jagged peaks and the undulating surface of water at a Point Reyes seashore.

“All the pictures have a graphic and geometric element, and they all go well together,” Kitpowsong said at the exhibit’s opening reception on Sept. 22. “It’s an honor to curate his show after taking his class.”

“The more I’ve walked and carried my camera with me, the more opportunities I had for imagery,” Graham said. “I don’t think it’s a good idea to simply drive and shoot out of the window. You’ve got to get out of the car and into the environment to have things open up to you.” 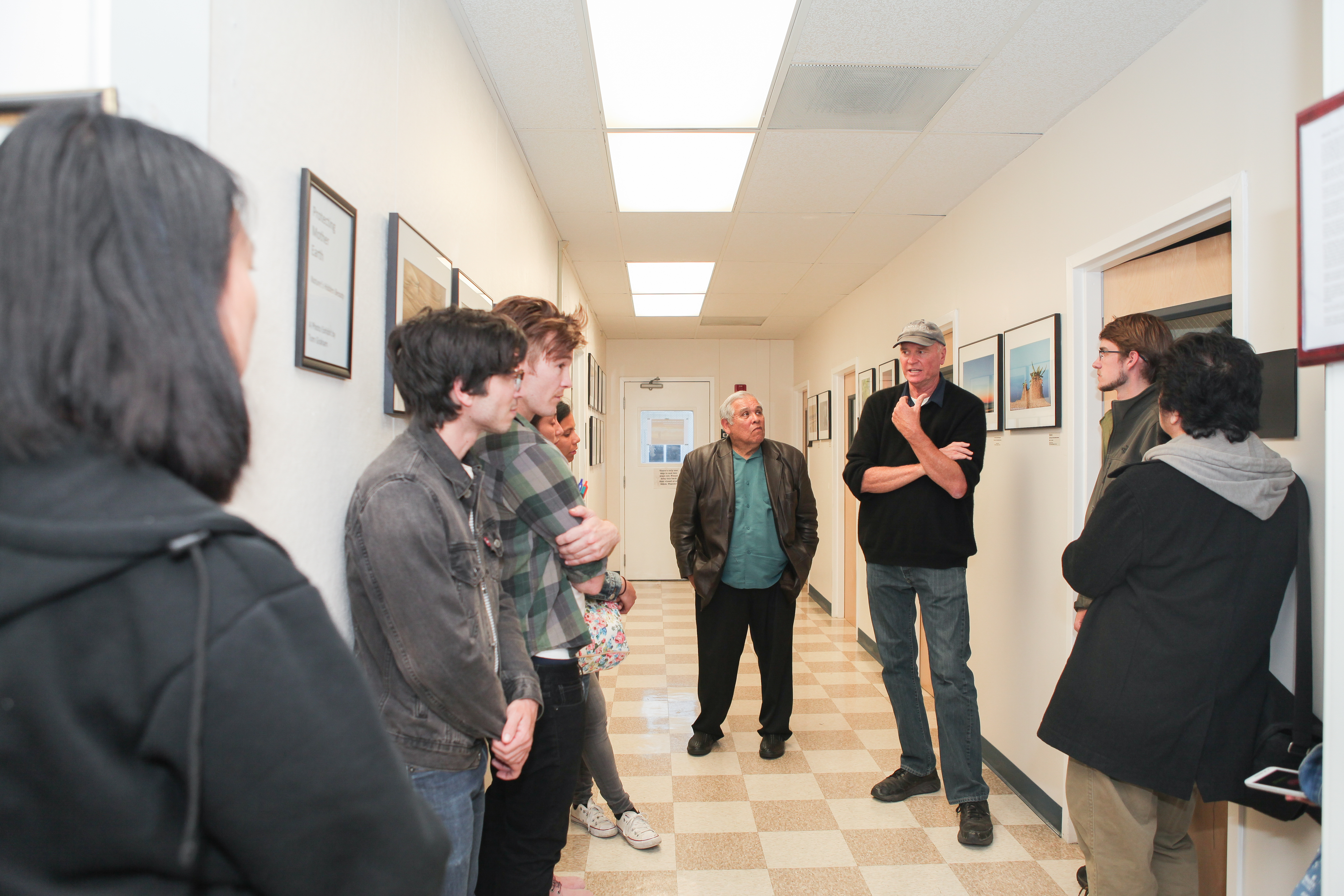 He spends a lot of time on foot. An avid hiker and backpacker, he once walked every street in San Francisco for his San Francisco Chronicle series “The Walking Man.”

Traveling at slower speeds allows him to notice moments a driver would miss in locations like the Sierras, Lake Tahoe, Mt. Whitney and the Point Reyes National Seashore.

“You can tell what kind of creative eye he has in terms of capturing natural beauty,” said journalism department chair Juan Gonzales. “I didn’t realize what a good photographer he was.” 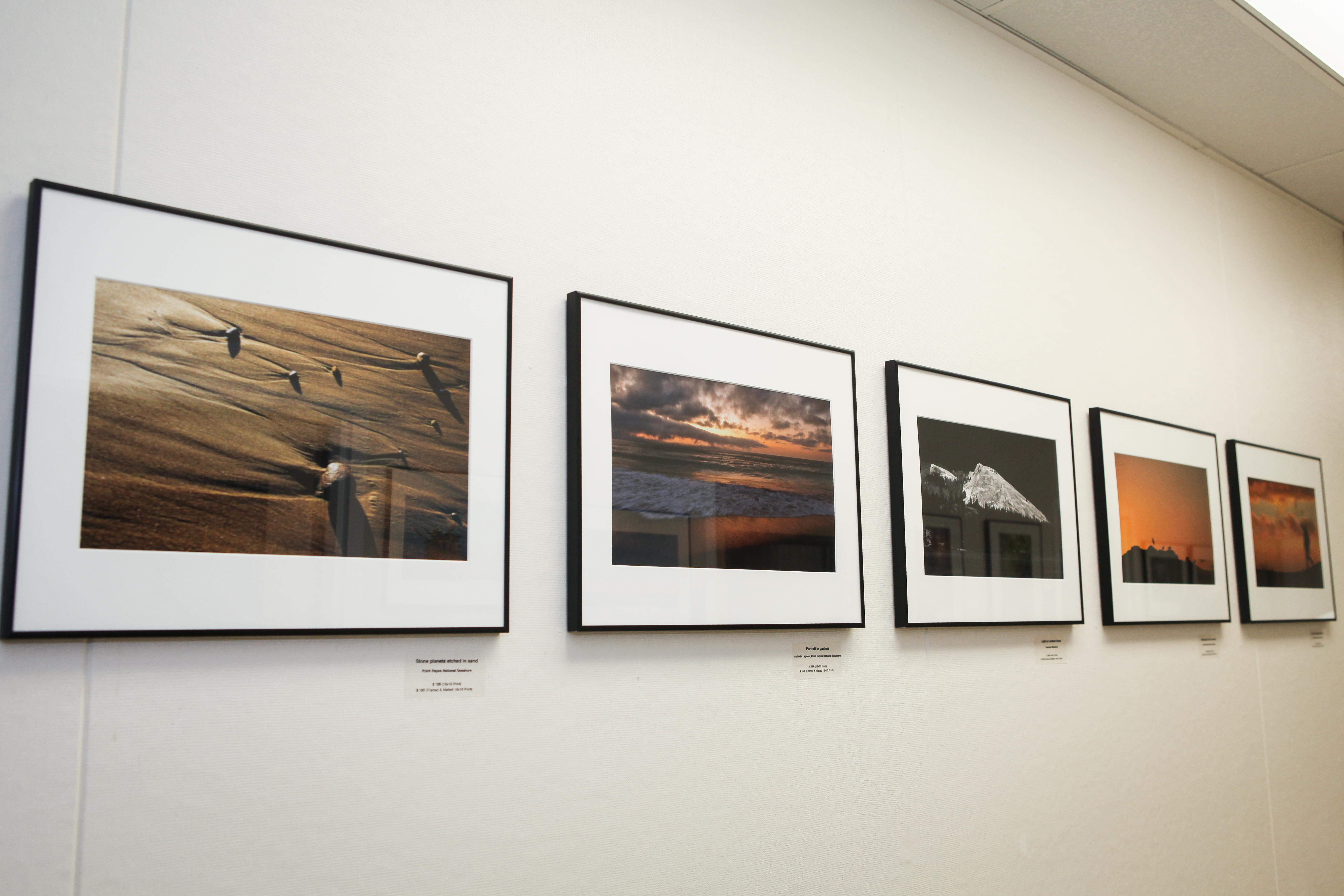 A San Francisco native, Graham began his journalism career as a student at City College in 1967, where he wrote for The Guardsman. He later worked as a photographer, journalist and editor throughout Northern California.

He counts nature photographers Ansel Adams, Matthew Brady and Carleton Watkins as influences, as well as 19th century transcendentalists whose spirituality focused on a respect for nature, self-contemplation and self-reliance.

At the reception, Graham read a quote from poet Carlos Castaneda that epitomized his philosophy as a photographer: “You must wait patiently, knowing that you’re waiting, and knowing what you’re waiting for.” 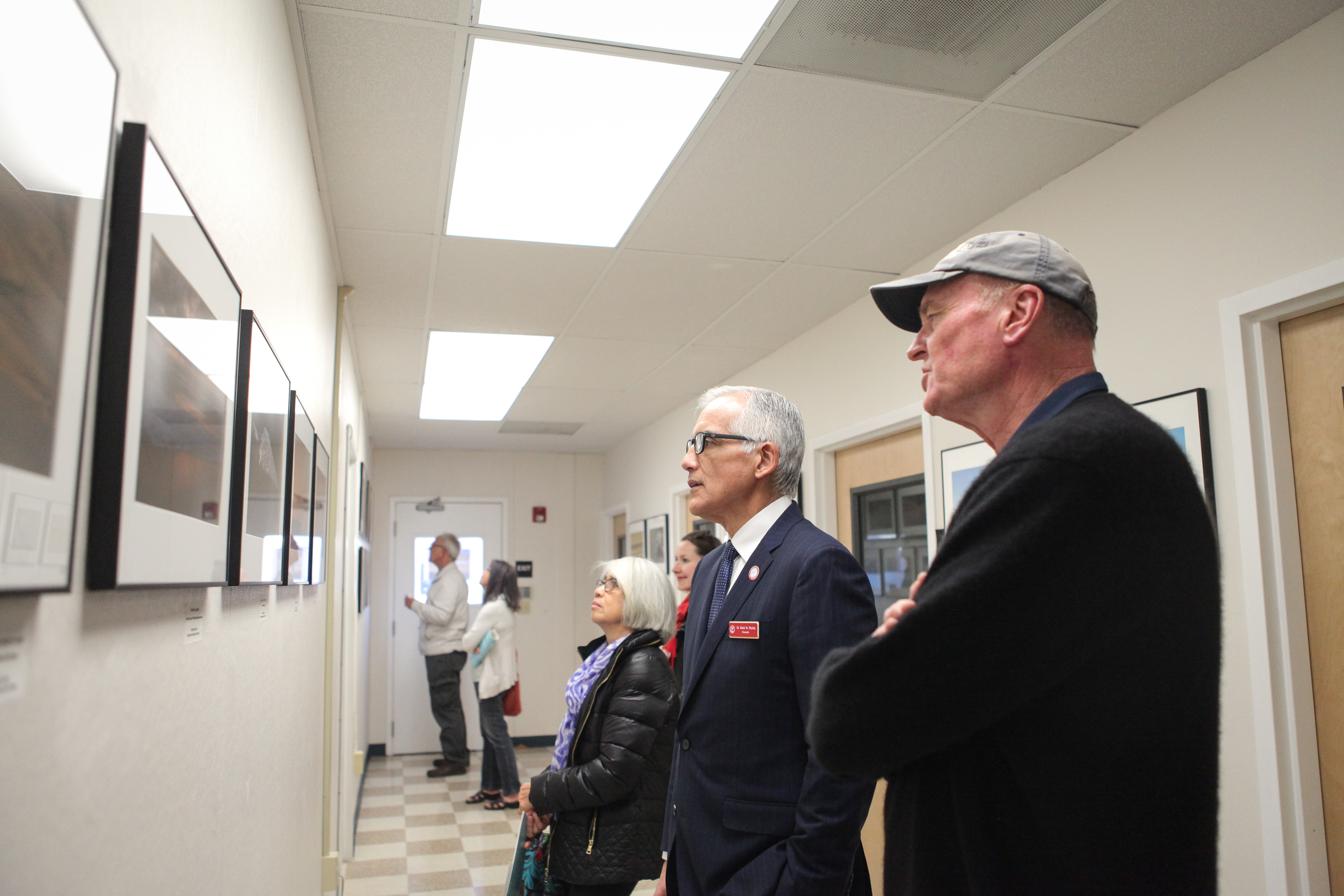