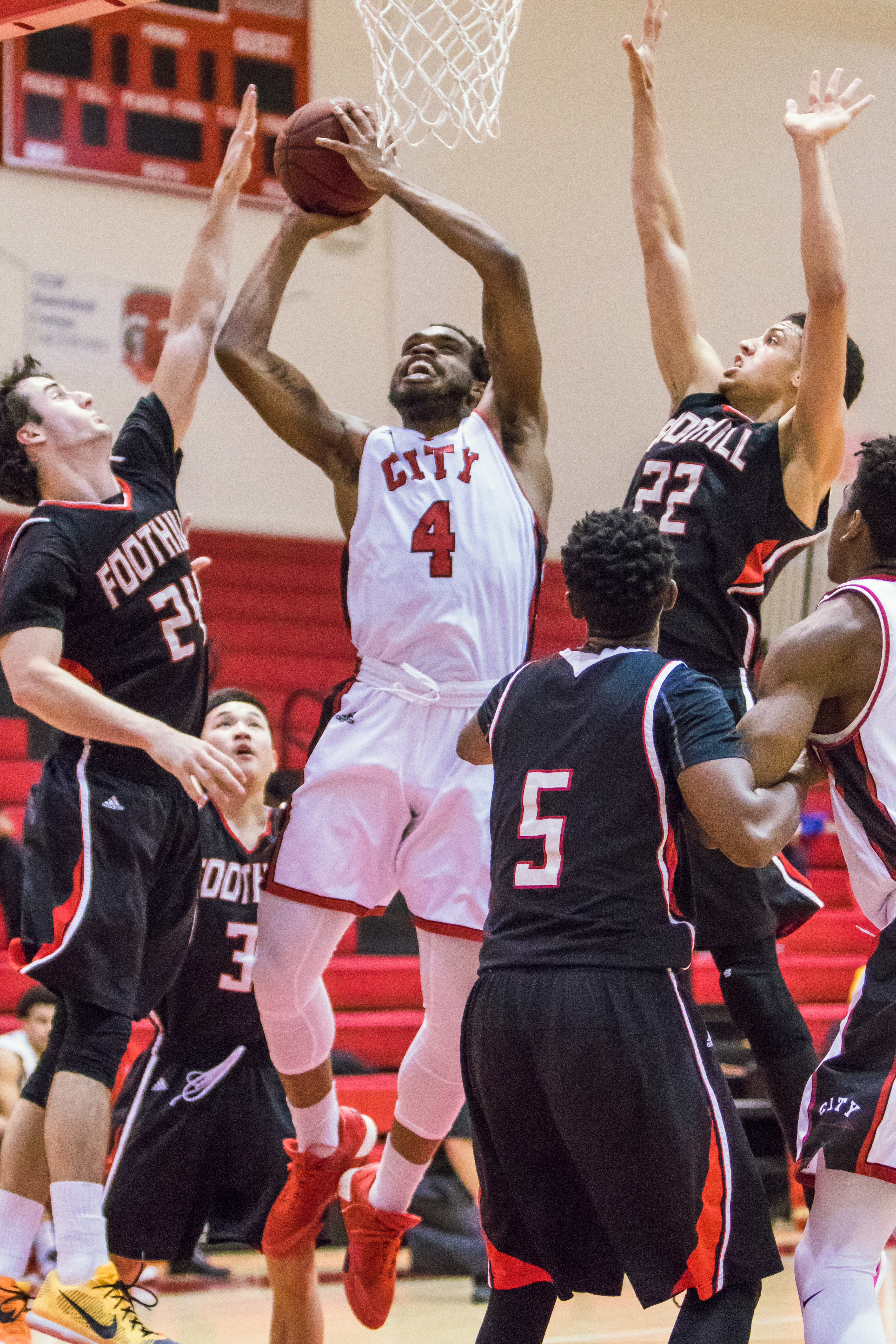 Rams turnovers and three-point shooting kept the Owls very close, but in the end the City College team pulled away quickly to beat Foothill Community College 95-73.

The last time the teams battled on Jan. 15 was not a close game. The Rams won in a blowout 81-50 largely because of a defensive onslaught.

“We have enough depth. Someone is going to step up.”

But this time around, the Rams struggled to keep the game at a manageable pace, turning the ball over early and often. Even their full court press after scoring baskets didn’t pay off.

A lackluster Rams defense resulted in easy Foothill baskets. When the Owls did turn over the ball, City College couldn’t consistently convert these into points.

This led to a very high-scoring first half that produced multiple lead changes, but still the Rams lead 44-38 at halftime.

Going into the second half, the pace was still very fast, but the Rams started to force some turnovers and often converted them into points resulting in a 23 to 8 point run for their 16th  consecutive win.

Sophomore Guard Keondre Dew was injured going up for a rebound and is believed to have broken his foot, according to Head Coach Justin Labagh. A tragic blow to the team, but Coach Labagh is confident in his group.

“It won’t affect us heading into the playoffs. We have enough depth. Someone is going to step up,” he said.

Trevor Dunbar had the hot hand leading his team with 19 points on some beautiful pull-up jump shots. “It [the shot] was wet tonight.” he said. “Not surprised, though. I’ve been putting in the work.”

His teammate Troy Thompson put up 16 points and had a huge impact in the game on both sides of the court. He knew this wasn’t his best performance on the stat sheet, but consistent games like he had tonight will help the team in the future.

The Rams haven’t lost yet in this calendar year, their last defeat at the hands of Moorpark Community College in early December. With the win against Foothill, the Rams wrapped up the North Coast Conference with a perfect 10-0 record.

Despite having the best state record at 24-1, City College is still ranked No. 2 behind Saddleback College at 23-1.

City College only has two games remaining in the regular season and is looking to fine-tune some things right before their playoff run starts.

Send an email to: Dakari Thomas