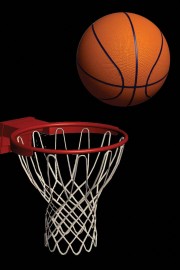 By Zack Tobita
The Guardsman

City College added another win to their undefeated record in a 86-64 victory on Jan. 18 against the Cañada Colts in Redwood City.

It was a back-and-forth game early on and midway through the first half. Rams sophomore guard Delon Wright asserted himself and led the team on a run, going into the second half with a score of 43-29.

After the break, the Rams exposed Cañada’s lack of size and inability to break the aggressive press from the Ram’s defense.

The Rams played at an uptempo pace and got to the foul line.

Freshman guard Dulani Robinson’s strong shooting, combined with the Rams’ impressive defense and balanced offensive attacks, put the team up by 28 points only minutes away from the end of regulation.

Throughout the game, the crowd was clearly upset by some calls as they heckled the officials.

Frustration boiled over when Cañada’s sophomore guard Colin Wan flung his arms in the air and had some choice words for an official that called him for a technical foul with 8:11 left.

With a comfortable margin through the entire second half, Ram’s sophomore forward/center Gabriel Aguirre was able to rest and shrug aside heavy minutes.

“We had a a couple things scouted and we just wanted to stay focused,” Aguirre said.

With 5:45 left in the game, Wright got a steal and finished the breakaway with a two-handed flush that summed up the Ram’s dominance throughout the game.

“We wanted to be sharp and efficient. We played really sloppy against Chabot [on Jan. 16]. We wanted to come out a lot tougher [this game] and I think we did,” Rams Head Coach Justin Labagh said. “But we didn’t shoot it well tonight from the three and free throw line.”

Wright, the reigning North Coast Conference player of the year, said he felt optimistic about the rest of the season.

“We wanted to play sharp,” Wright said. “We’re taking it one game at a time and just trying to finish the season undefeated.”

The Rams have eight games left until the playoffs begin on Feb 27.

Wright, the younger brother of Philadelphia 76er Dorell Wright, is playing his last season for City College as he will be joining the University of Utah’s basketball team next semester.