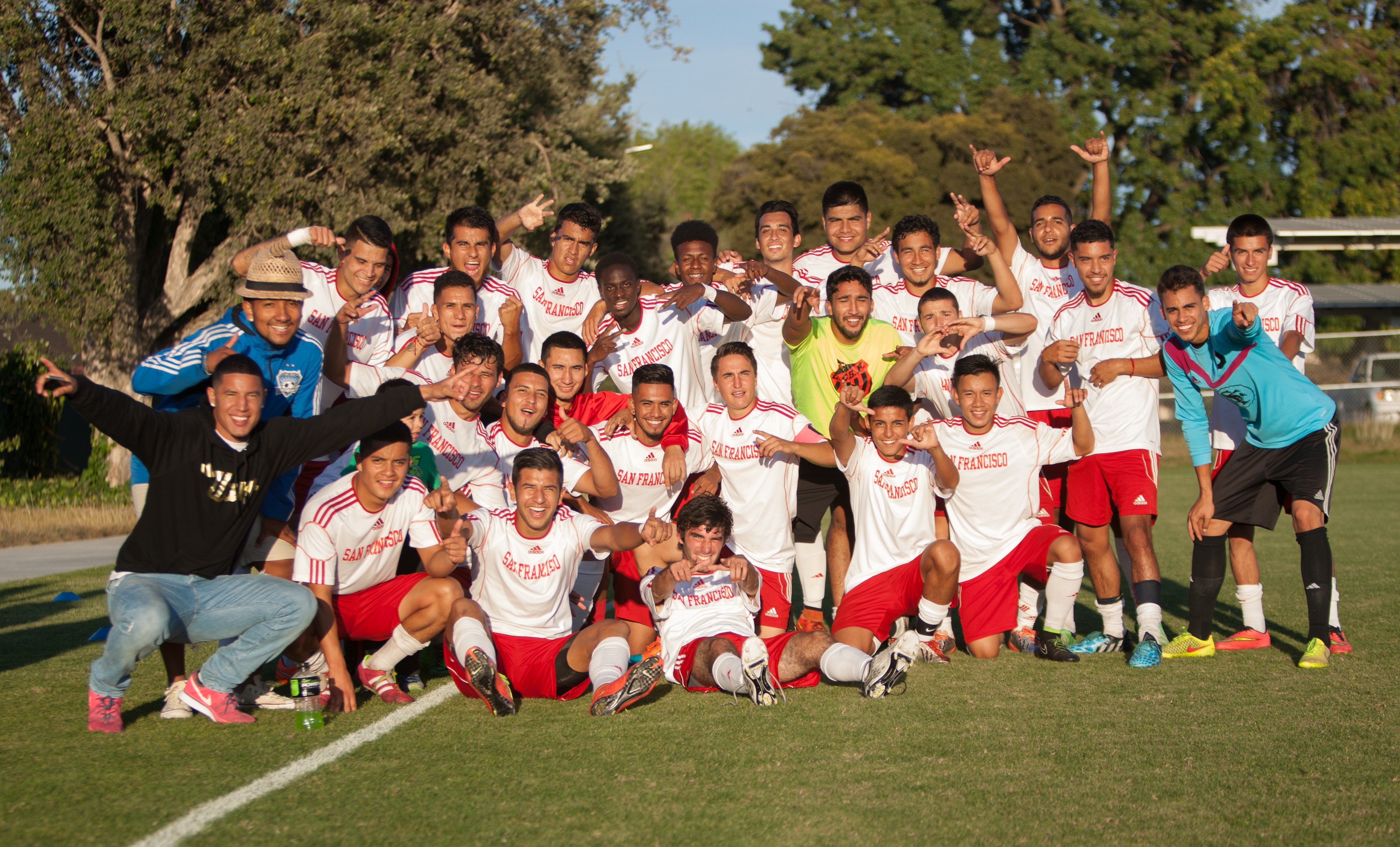 The Rams men’s soccer team had a commanding 8-1 victory over the Chabot Collegfe Gladiators. The late afternoon Oct. 10 game featured the Rams at peak performance.

Seven minutes into the first half the Rams capitalized and scored the first goal of the game. Kyle Gavce was responsible and was assisted on the play by Altamirano. It looked like the Rams would have an easy victory.

But Chabot responded quickly, and within three minutes they tied the game up.

“We got the first goal right away, but then they caught us off guard,” said Elisama Padilla.

Padilla was the star player of the game, landing himself a hat trick with three goals.

After Chabot tied the game, the Rams responded and took over the game. Scoring seven goals, they never let Chabot control the ball for too long and did a great job getting opportunities at the net on offense.

Padilla was most proud of his second goal of the game, which happened 32 minutes into the first half. Juan Vasquez found Padilla open, on a one-two maneuver that dizzied the defender and Padilla shot the ball low into the bottom left of the net.

It was Padilla’s second hat trick of the season. Ram’s head coach Adam Lucarelli thought the opponent was perfect for Padilla.

Padilla had a missed goal that was an impressive play despite him not scoring. With 18 minutes left in the game Padilla was on the fast break, showing off his great speed while dribbling the ball. With the Chabot defender in front of him he flicked the ball forward over the defender head, with it landing on the ground behind the defender. Padilla charged past him and regained control of the ball charging towards the net. Cocking his leg back and then letting off a hard shot that just went wide of the net, it was a play that showed off Padillas impressive abilities.

At halftime the score was 3-1, and then in the second half the Rams put on a clinic scoring five goals and controlling every aspect of the game.

Until the last seconds of the game the Rams were playing hard: players cutting towards the goal for potential one-timers and taking opportunities by booting shots at the net. The team was not content with an 8-1 victory.

“We played our CCSF way, scoring five goals in the second half,” said goalkeeper Emmanuel Jimenez.

Jimenez had a great game in goal, stoning shot after shot. After letting one goal up early, he quickly regained his composure and shutout Chabot the rest of the game.

After the game head coach Adam Lucarelli had the team run sprints. After ninety minutes of running up and down the field he expected his team to be able to go harder. His reasoning for this was simple.

“Our mindset about sprints is that most playoff games in years past go to overtime, which is an extra thirty minutes. So we need to prepare for that,” said Lucarelli while his team was behind him going the extra effort running wind sprints.

The player understand why they are necessary though.

“Coach is preparing us mentally for playoff time.” said Jimenez.

That extra effort might be what takes the Rams the distance come playoff time.