The Rams easily handled their opponent Foothill in a 79-56 win that clinched them home court advantage in the upcoming state playoffs. From tip-off to the finals buzzer the Rams were in control the entire game and looked like a team that could go on an extended run in the playoffs.

Seven minutes into the first half and the Rams already had a 15-6 lead. From there they kept extending it. Dominating on both sides of the court the Rams were able to further their lead even more. At point they were up 41-20 and showed no signs of relenting.

“It’s hard when you’re up on a team by 20,” head coach Justin Labagh said. “Just to get to that point, you don’t want to let down these guys after the first half. We did what we needed to do so I am happy with it.”

Foothill struggled the entire game to get past the Ram’s full court press. Head coach Labagh always runs it and it’s devastatingly effective. It tampers with the opponent’s rhythm and makes it much easier for the Rams to force turnovers, which in turn lead to easily fast break baskets.

Second unit guard Armani Collins, a sophomore, proved particularly adept at pressuring the Foothill guards with the press. Midway through the first half Collins stole the ball and jetted down the court, throwing down a highlight reel  worthy dunk.

Forwards Kendall McIntosh (So) and Michael Steadman (Fr) proved valuable down low for the Rams grabbing rebounds and contesting shots on defense.

The star of the game and also throughout the entire season, was without doubt sophomore guard Zach Copeland. An excellent perimeter player that can shoot but also drive to hoop and has been having an outstanding season with the Rams. Leading the team in scoring with 18.6 points per game while hitting slightly over half his shots, Copeland is the focal point of the Rams offense.

Versus Foothill, Copeland has taken a variety of shots including an impressive three pointer where he was fouled hard and shoved to the ground yet was still able to knock the shot down.

“He does that every night,” Labagh said . “We have other guys that can hit it too but he has been the most consistent all season.”

“My team gave me open looks,” Copeland said . “Some of them I was more creative on and others I just took advantage of and were easy to knock down.”

Copeland has been offered Division-1 scholarships and immediately after the game a recruiter from the University of Colorado beelined his way to Copeland to have a chat. Copeland already has offers from Colorado, Illinois State and New Mexico State and has other schools looking at him as well.

“Our team has gotten better going into the playoffs,” Copeland said . “I think we have a pretty good chance.”

With the win, the Rams have a 25-2 record and clinched home court advantage throughout the state playoffs meaning they won’t have to travel anywhere.

“It always nice when you can stay at home,” Labagh said.

According to Copeland home court has a very important benefit to the Rams.

“We are used to shooting on these rims,” Copeland said . “It’s in our advantage. They have a very specific feel.” 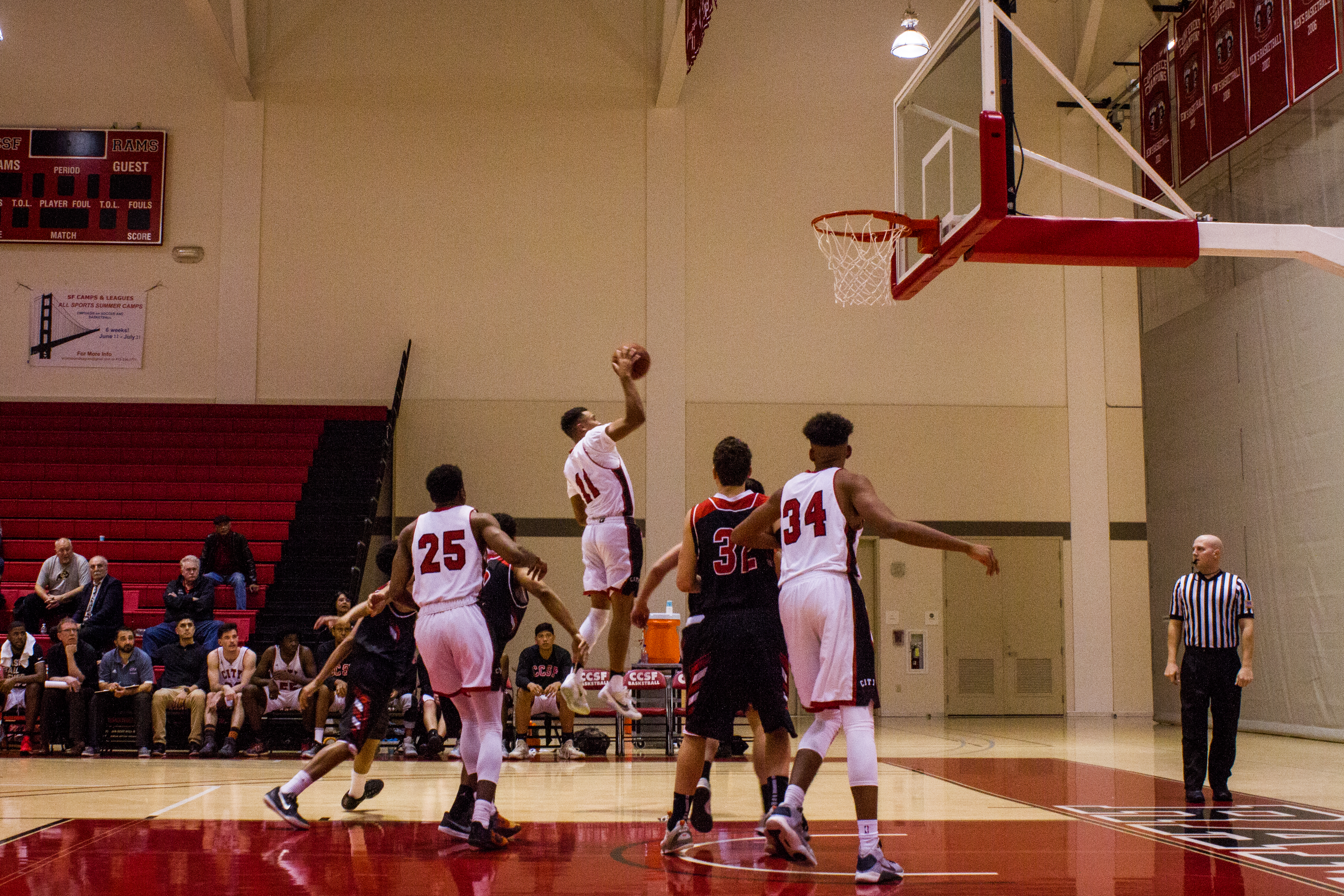