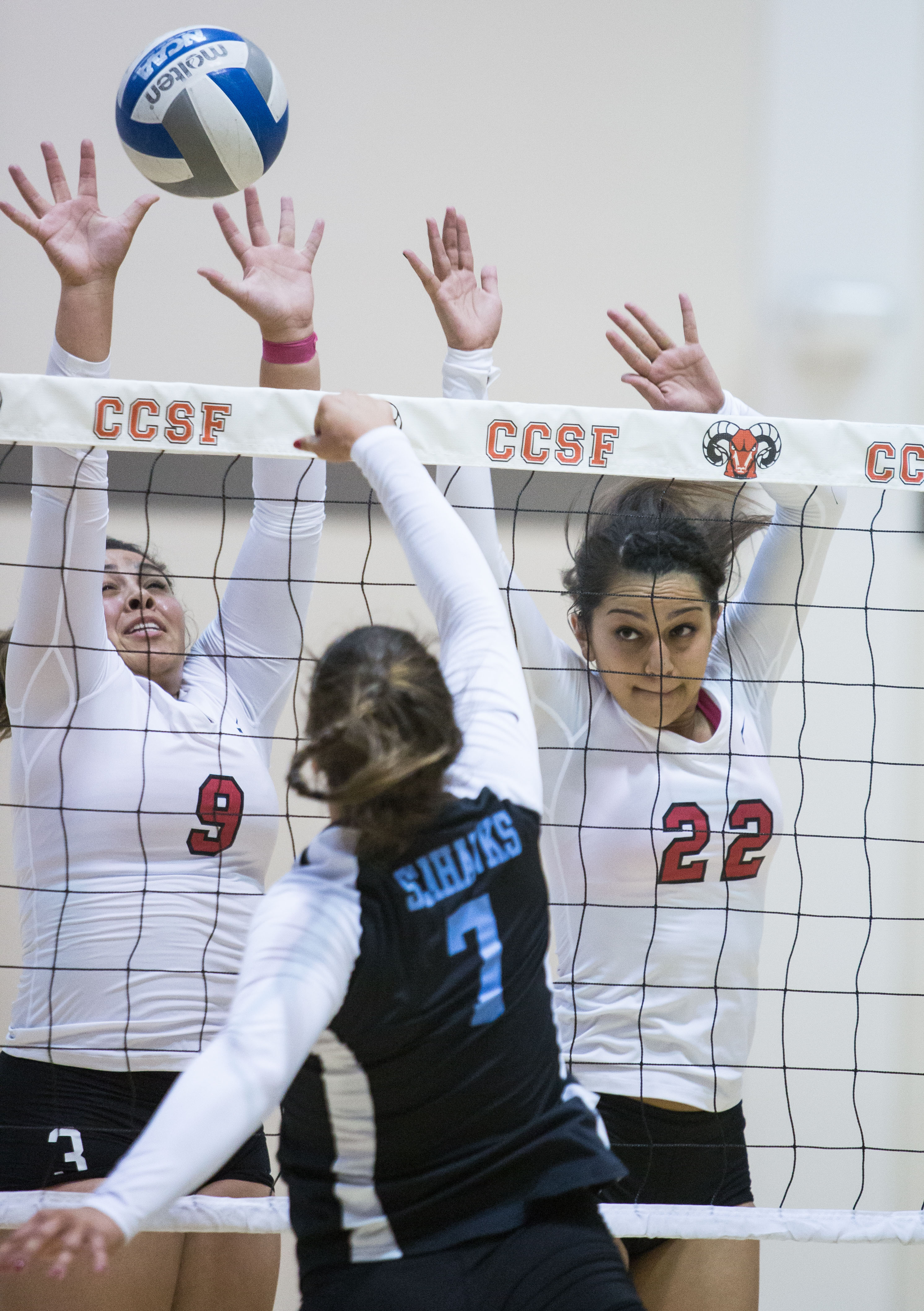 The match started out as Rams games usually do, with each team huddled on their side of the net making last minute preparations before shouting their team’s name and meeting in the middle for a cordial high-five.

As usual, the Rams were louder even though they were fewer in number. They even earned the first point of the game courtesy of captain Sifa Faaiu and went on to score four more unanswered points to take a 5-0 lead.

But that’s where the similarities to their other games ended.

Gone was the calm usually seen in the eyes of Rams players.

Even freshman outside hitter Kijana Best, currently ranked second in the state in both kills per set and hitting percentage, couldn’t make the ferocious kills that enhance her team’s confidence as much as their score sheet.

The Seahawks seemed to read every play and their quick-thinking defense responded to her attempts quickly. The Rams dropped the first set 13-25.

The second set saw the most spectacular and harrowing plays of the game in short succession.

The Rams had a small lead to start the set, but soon surrendered a point and possession to the Seahawks.

The resulting serve that rocketed over to the Rams side of the net could have been a deadly blow to the team’s confidence, but providing the biggest dig of the night was the team’s smallest player, sophomore outside hitter Devan Simmons.

With lightning-fast speed, Simmons dove under the ball in a crouching position to prevent the Seahawks from scoring on the serve. The crowd responded with a swell of cheers and applause.

A few minutes later, freshman middle Tatiana Jimenez was struck by the ball off an attempted dig and fell to the floor with a thud that echoed through the court.

Rushing to her side was athletic trainer Addie Martin, who assessed Jimenez and removed her from the game as a precaution.

Jimenez paced the sidelines looking more frustrated than injured and convinced coach Saga Vae to let her back in the game.

Following the game, Vae said his team wasn’t completely healthy, which likely led to their lack of focus on the court.

“Sifa’s kind of injured, she’s at about 85 percent. We just found out today,” Vae said. “Sierra Nelson is hurt too, so we didn’t have our players be 100 percent at practice.”

But Vae is hopeful his players can rely on their depth as a squad to make up for late-season injuries and missteps.

“Our smaller players are stepping up,” Vae said. “All our girls are touching the ball. It’s influential and it’s contagious.”

The Rams record is now 4-1 in conference play.