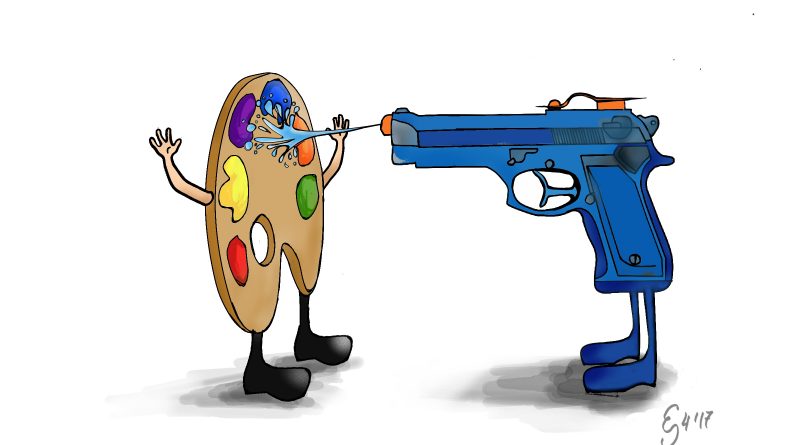 Between budget cuts, free tuition and the potential of an armed campus police- the City College community finds itself in a very confusing, or rather confused state.

Many students appear to be unaware and others are shocked by the college administration’s lack of transparency on current college junctures.

City College is lucky to have student activist groups fighting for student rights. Among these groups is the CCSF Solidarity Committee.

The members of the committee are persistently working to reclaim and rebuild City College for the sake of its students.

On March 22 the committee held a teach-in at the Multi-Use building (MUB). During the meeting students, faculty and local activists informed the audience of recent and ongoing occurrences at City College.

Many spoke out passionately against equipping campus police with firearms at the meeting.
Participatory student committee member of The Associated Students Executive Council, Teresa Villicana, said she saw a powerpoint presentation about arming campus police.

“I told the chief [of campus police] when he presented the powerpoint, I’d really like for him to go to every campus and show this to everyone, to every student and have a meeting,” Villicana said. “He said yes but he never did it.”

Villicana said students at the Mission campus are really upset by the idea of having armed police. “We’ve been without guns for so long, why do we need them now?”

Indeed, why do we need them now?

Thomas referred to a differently abled transgender student on mission campus who was followed by a campus police officer out of class and into a school restroom. There the officer told the student she was in the wrong bathroom.

“He pulled her out of that bathroom and shoved her into the men’s room,” Thomas said. “I can’t help but think what would have happened if the officer had had a gun.”

Thomas was also concerned for her students of color.

“I have a young man who is African American dealing with turrets syndrome,” Thomas said. “And if you don’t know what’s going on with him, what happens with the shoot first ask questions later attitude?”

With so many students frightened by the idea of armed police it is unclear who the firearms are meant to protect. What violent crimes on campus would justify the presence of an armed force and why haven’t we heard of them?

Talk of cutting classes and closing facilities with free college tuition just around the corner seems to be a counterproductive endeavor.

We don’t have all the answers at The Guardsman but we will continue to keep the City College community informed because knowledge and the spread of information are the most powerful tool to promote equity and social transformation.

One thought on “Up a creek and without transparency”