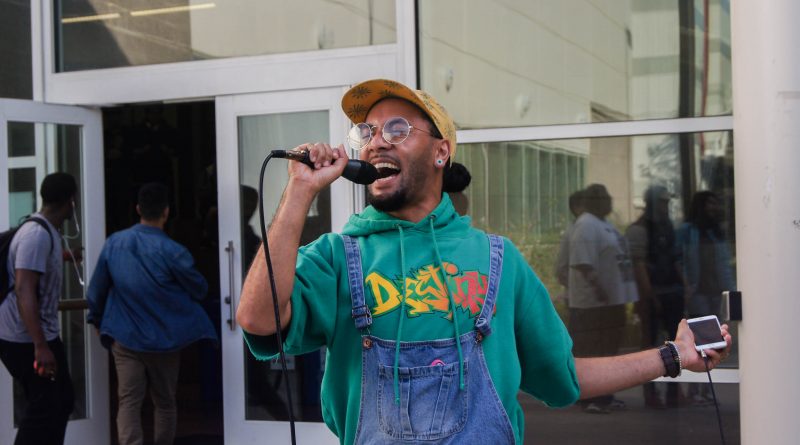 The Associated Student Council hosted the “CCSF Japanese Festival” in the Wellness Center Amphitheater on Nov. 10. The event was centered on Japanese culture on festival games, food, and most notably, karaoke.

The students in charge called for people to sign up to sing. In the distance, I was called out too.

I politely shook my head, waving them away. “No, thanks,” I said. The word “karaoke” itself already feels intimidating as I know I can’t sing, let alone in front of strangers.

Yet, my favorite part of the festival was seeing people sing in front of strangers regardless of skill, having fun doing it nonetheless. The singers provided an energetic atmosphere that encouraged listeners to dance along.

I listened to songs of different genres, from the calm Japanese “Nagori Yuki” to the distant, falsetto howls of the Pixies’ “Where is my Mind?”. The broad range of music ranged from old school songs to newer ones; most importantly, regardless what was sung, the music brought audiences together cheering, laughing and smiling.

As I listened, I realized that perhaps karaoke is so important to Japan because of the atmosphere it exhibits from its audiences.

I witnessed a deep display of support. When a person struggled to sing “The Star-Spangled Banner,” several students took the stage with her; the audience sang along.

Karaoke gave them the opportunity to reflect sides of themselves that normally remain hidden.

The festival featured mini games as well. One had me pick two items up with a chopstick from options such as jello, hard candy and sweet bread. Other tables gave out traditional Japanese tea samples and a banana on a stick to dip in chocolate.

The Women’s Resource Center was present, as was a table dressed with Japanese martial arts books, including one about Aikido.

As the festival’s end drew near, people continued to around the karaoke booth, refusing to let up singing.

They were there to stay and have fun.