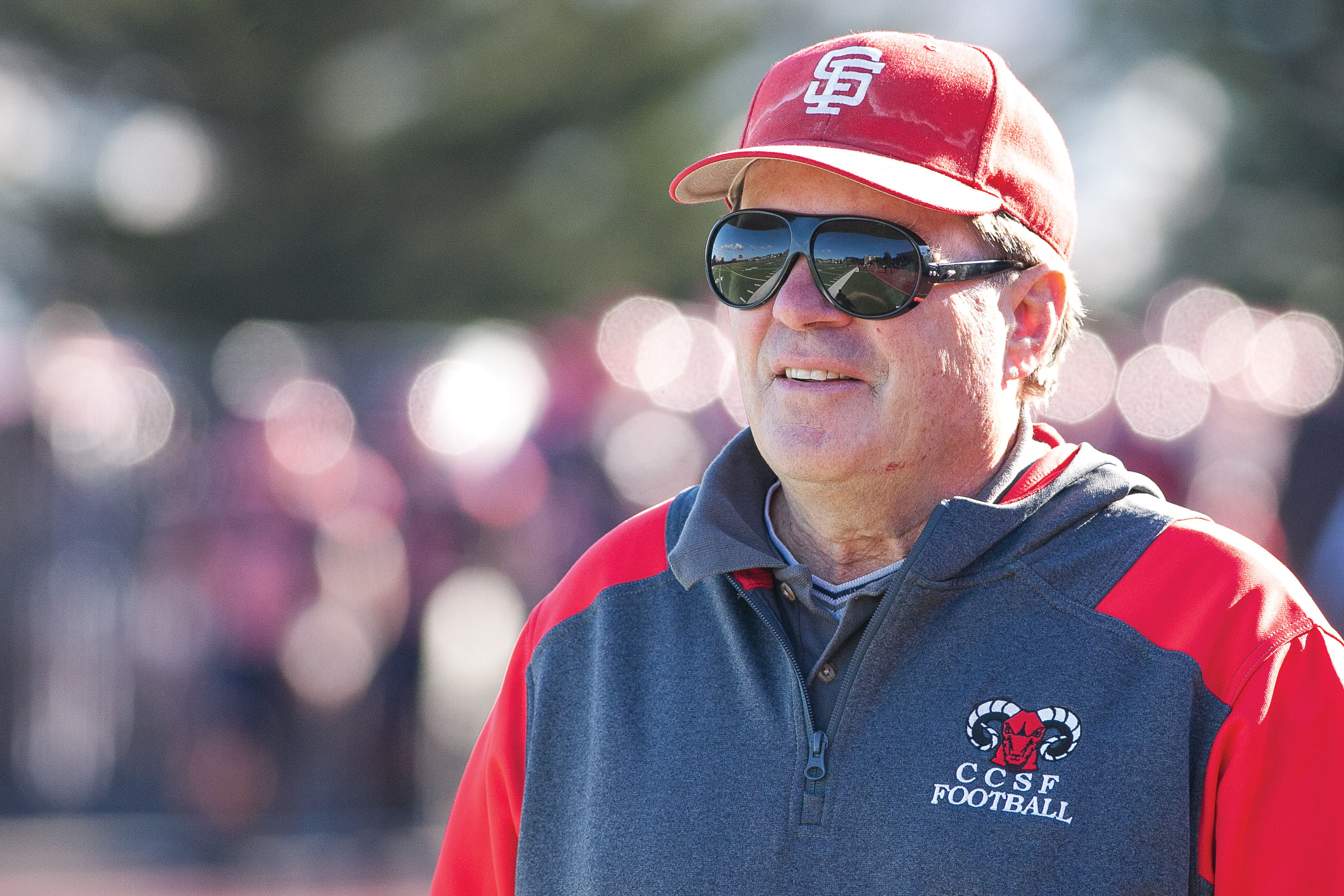 Thanks to a recent unanimous vote by City College Board of Trustees, the stadium will now honor longtime football coach George Rush with a name change.

Coach Rush retired in January after 38 years leading City College’s football program. In that time, Rush led the Rams to a 326-69-34 record and seven state and national championships.

To Men’s Athletic Director Harold Brown, Coach Rush is an inspiring leader both on and off the field. “The legacy he’s left here is how to identify and motivate young men to be their best, how to get the best out of someone who they thought didn’t even have the best in them– and that goes for not only his players, but his coaching staff,” Brown said.

But Rush’s success wasn’t just on field. According to former City College Vice Chancellor Kristin Charles, more than 600 of Rush’s student athletes went on to four-year schools and more than 100 played professionally in the NFL.

The board considered selling the naming rights to the stadium to a corporate sponsor back in 2010 at $1 million. Although nothing materialized, some members of the board were slow to accept the idea of losing a possible revenue stream for the school.“I’m very reluctant to give up potential income,” trustee John Rizzo said.

Trustee Brigitte Davila opposed the idea of selling the naming rights to the stadium altogether. “I’m really tired of all our public spaces going to the highest bidder,” she said.

But board Vice President Thea Selby understood the draw of a name like Coach Rush’s. She advocated for naming the stadium for Rush in order to attract future investors.
“He has tremendous star power,” Selby said.

The cost for new stadium signage is anticipated to be around $25,000 to be funded by donations.

At a press conference announcing his retirement last January, Rush expressed gratitude for his long career at City College. “Thank you everybody. I’ve had the career of a lifetime. I really have. I just loved every second,” Rush said.

The stadium’s new name will be announced during a halftime ceremony at game against De Anza College on Nov. 7.

Send an email to: Shannon Cole