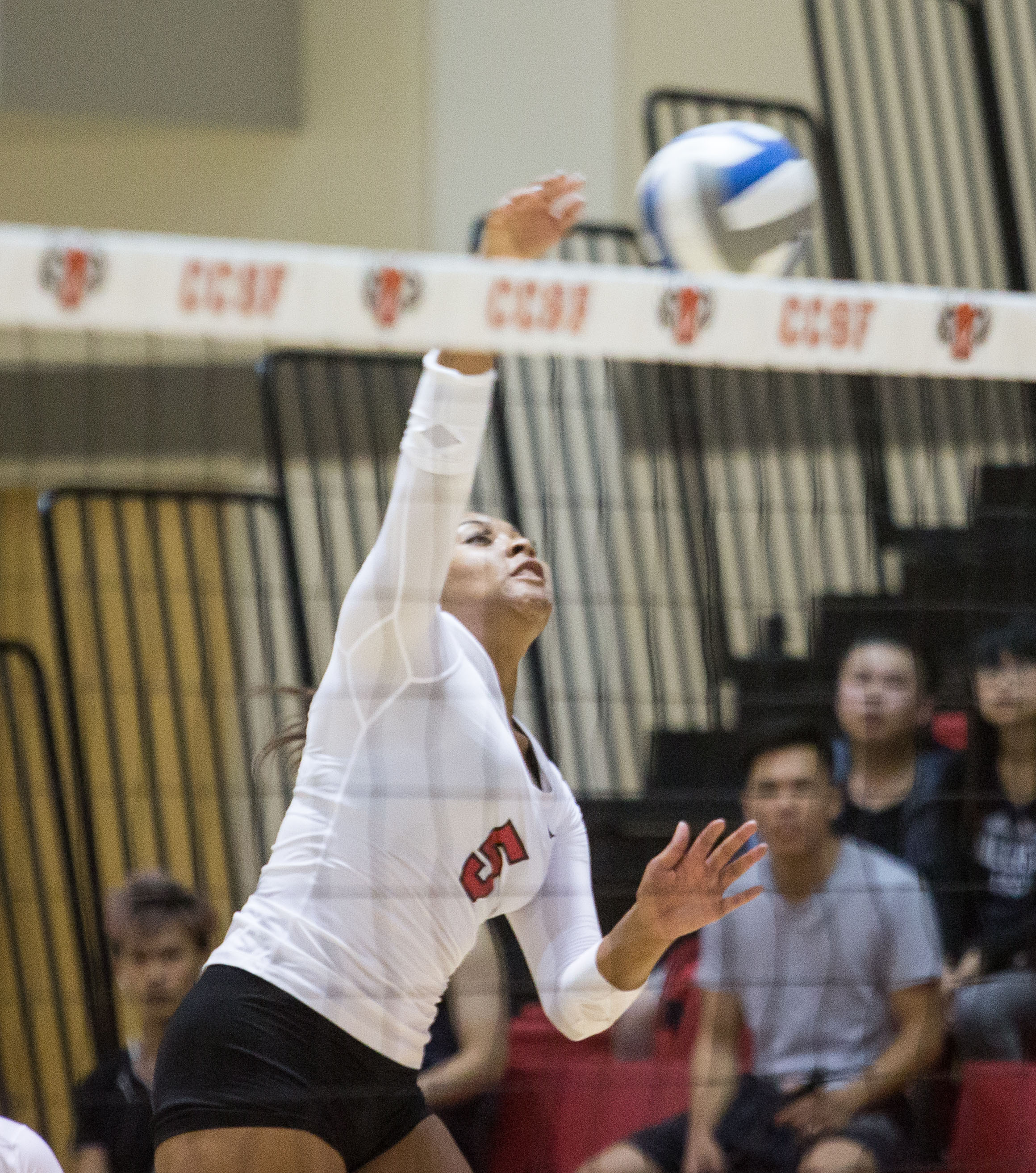 The CCSF women’s volleyball team extended their win streak to 3 with a 3-0 victory over the West Valley College Vikings on Thursday Oct. 15.

The Rams’ teamwork and confidence allowed them to dominate every set against the Vikings at the City College gymnasium. Early blocks from middle Tatiana Jimenez and setter Sierra Stark were unreturned by the distracted Vikings, allowing the Rams to take an early lead. With strong offense by opposite sophomore Sifa Faaiu, the Rams easily defeated the Vikings in the first set 25-10.

In the latter two sets the Rams capitalized on the Vikings’ biggest weaknesses, defense and communication.

Outside hitter freshman Kijana Best dominated kills for both teams, deftly spiking the ball in front of dejected and unmotivated Vikings. The Rams allowed West Valley to score enough points to keep the match competitive, but still handed them a 25-20 defeat in the second and 25-14 in the final set.

Coach Saga Vae said his team’s confidence on the court comes from how well they get along off the court and the depth of their bench. “Our biggest asset are our 5’6” players, the girls coming off the bench and showing the top four players on our team–and the captains as well–that I’m here to play with you guys and I’m not going to be a weight or a burden,” he said.

“She’s our quiet player,” said Coach Vae. “We moved her from libero to right side hitter and second setter, and the girls are so comfortable with her. That’s what they needed, that extra player on the court. Not just another body, but another team member who can give us some blocks and kills.”

in the game. “I play with the mindset of a setter all the time, so I know where everyone is supposed to be at all times,” she said.

Knowing the flow of the game and being ready for both offensive and defensive plays allows players like Stark to contribute while reducing the workload for other players on the court. “It kinda takes the pressure off Sierra Nelson’s shoulders,” said Stark.

“This is the part of the season where the girls are very comfortable, they have a goal they gotta reach, and they’re working together very hard,” continued Coach Vae.

The Rams hope to extend their win streak to 4 when they visit Monterey Peninsula College on Oct. 26.