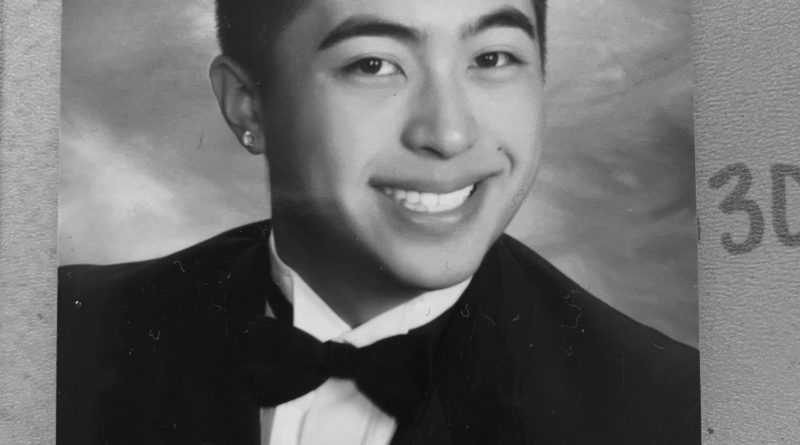 Gavin Octaviano, a classic overachiever and friendly young man, was set to graduate from UC Irvine this Spring when he went missing near the Golden Gate Bridge in late November 2018.

Octaviano was home on break, enjoying the holiday season alongside his family and friends. The day after Thanksgiving, Octaviano started his night by helping his family decorate their Christmas tree, he then told his mom that he was going to get dinner with some friends from  high school and his cousin, and assured her that he would be home soon.

His family grew worried and the police were informed. A search across the San Francisco-Daly City border began and it was soon discovered that his sister’s car, which he had borrowed the night he went missing, was discovered north of the Golden Gate Bridge.

Gavin’s two older sisters, Veena and Steffi Octaviano, began canvassing the bay area with missing person posters. They focused on searching the Marin Headlands, spreading the word of his disappearance online and reaching out to local news stations to beg for air-time. Initially, the family’s attempts to broadcast Gavin’s disappearance weren’t deemed newsworthy.

Seventeen days after his disappearance, KRON 4 aired a two minute story on the search for Gavin Octaviano. When Veena Octaviano was asked why it took so long to convince a news program to assist in the search, she said “I honestly think it’s because he wasn’t white.” She recalled seeing another young white man around the same age who went missing at the same time as Gavin Octaviano, who appeared on the news immediately.

Veena Octaviano not only felt a lack of responsiveness and motivation from local news, but from the police as well. She explained that the police weren’t always communicating what they were working on with her family and felt as though the onus fell on their shoulders to find her brother.

The Octaviano family’s search was long and exhaustive. From November 2018 through January 2019, it was all hands on deck. Veena Octaviano, whose phone number was listed on the flyers, had to sift through many bogus calls from people claiming to have seen her brother.

A woman claimed to have seen Gavin Octaviano the night of his disappearance while she was driving through the tunnel on Veterans Boulevard in San Francisco, but later recanted, saying she’d been drunk. “I’m like, why are you calling me if you didn’t see him, and why are you driving drunk!” Veena Octaviano said. While she appreciated people trying to help, it was hard not to be disheartened.

It became hard for Veena Octaviano to continue monitoring online forums set up to help the search. People posted hateful messages and made unfounded claims that her brother was dead.

“People would post saying ‘oh he just jumped off the bridge, or his friends killed him, why are you looking for him?’” said Veena. “I’ve thought about the good, ugly and the bad, don’t get me wrong, but I know that he’s out there somewhere and I’m not going to be proven wrong until somebody brings his body in front of me.”

Gavin had been to the Golden Gate Bridge countless times prior to his disappearance as it was a regular hangout for him and his friends.

More recently, the police investigation for Gavin Octaviano was changed from active to long-term, a difficult step for his family, who is still searching and holding out hope. “I believe that he is somewhere out there.” Veena Octaviano said.

When asked for comment on the investigation, Sergeant Sean Begley of the Daly City Police Department Investigations Division said, “This is still an open investigation which we have been investigating thoroughly. We do not suspect any foul play, but can’t release any more specifics at this point.”

Gavin Octaviano’s disappearance has been incredibly hard on his family. Gavin’s mom, Jocelyn, has relied on her faith to get her through the anguish of missing her son. One of her co-workers had a daughter who went missing, then returned a year later, which also gives her hope.

The holidays are a difficult time for the Octaviano family as their son’s absence is more pronounced on days where the family is accustomed to being together.

Veena remembered how driven Gavin is. Whatever he dove into, he became great at, because he would immerse himself in it. His passions include basketball, ping pong, and LED glove light shows. “I remember sometimes we used to tease him about the finger light shows, but now I really miss it,” Veena Octaviano said.

He had always been popular, but his disappearance made it apparent how many people really care about him. A small silver lining through the process for Veena Octaviano, was getting to see how many people love her brother.

“I hate that this is what his story is right now,” said Veena Octaviano.

Gavin Octaviano’s family wants him home and say they won’t have closure until they find him.